EPA’s New Water Rule Is Even Worse than Farmers Feared 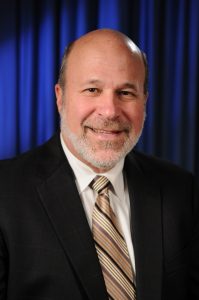 The Environmental Protection Agency finally released its new “clean water” rule and actually managed to make it worse than we expected. Despite an unprecedented marketing campaign by EPA, the proposed rule was fiercely opposed by the vast majority of state and local governments, businesses and groups representing almost every part of the American economy—including farmers and ranchers. We called on EPA to ditch the rule, go back to the drawing board and craft a rule that won’t cripple farming and ranching.

Perhaps it’s no surprise that EPA failed to listen. This rule was never really about protecting water sources: It’s about giving EPA and the U.S. Army Corps of Engineers the power to regulate any activity on the land that they choose to regulate. And that’s what the rule does.

What is a “water of the U.S.”? Only the agencies can say, and their word is final. Under the new rule, just about any patch of land might be found to be “waters of the U.S.” You don’t have to see water flowing there, or even spot signs of flow. The rule gives EPA and the Corps the trump card: the power to use remote “desktop tools” to identify and regulate a so-called “tributary” on your land—or even just places where a “tributary” used to be—whether or not you can see anything that looks like a water feature. What’s more, the rule automatically regulates other waters within certain distances of any such invisible or historical “tributary.” So much for clarity.

Identifying bodies of water, and especially bodies of water regulated by the federal government, shouldn’t be rocket science. But EPA has made it impossible for farmers and ranchers to look at their own land and know what falls under federal jurisdiction and what doesn’t. But if the government does later find that your land is “waters of the U.S.,” you will already be in violation of the law for farming there, even though you had no reason to know your land was regulated. This puts landowners at risk of steep fines in “gotcha” enforcement just for using their lands. It sounds crazy, but it’s true.

It’s time for Congress to step in and check EPA’s blatant overreach. Farmers and ranchers know the importance of protecting water resources. Federal rules should let them continue taking care of the land while producing our food, fiber and renewable energy.