One Hand at a Time

My favorite time of year is the spring. I love the sight of my perennials peeking through the ground, the smell of the tulips blooming, the sound of the tractor out in the field tilling the earth and starting our new crop season.

It is the best time of year; it brings the farmer back to life after a long cold winter, its back to sunny skies, farmer tans and late nights.

This past spring, Rural Mutual Insurance rolled out a farm safety campaign during our council of presidents meeting. It was hard to watch the families in the video talk about their children’s farm accident. It brought back a lot of feelings from when we had close calls. It reminded me that safety comes first and that accidents can happen to anyone.

The one thing as a wife and mother I don’t want to hear again is that my loved one is at the hospital. We have been pretty lucky since Owen’s string of accidents four years ago that nothing more than cuts and bruises have happened.

Until April 28. It was a normal day. I got up went to work, worked all day and came home. When I drove in the garage, my boys were all talking at the same time, so you couldn’t understand a single one of them. All I got was, “Dad, Karyn, hospital and NOW!” 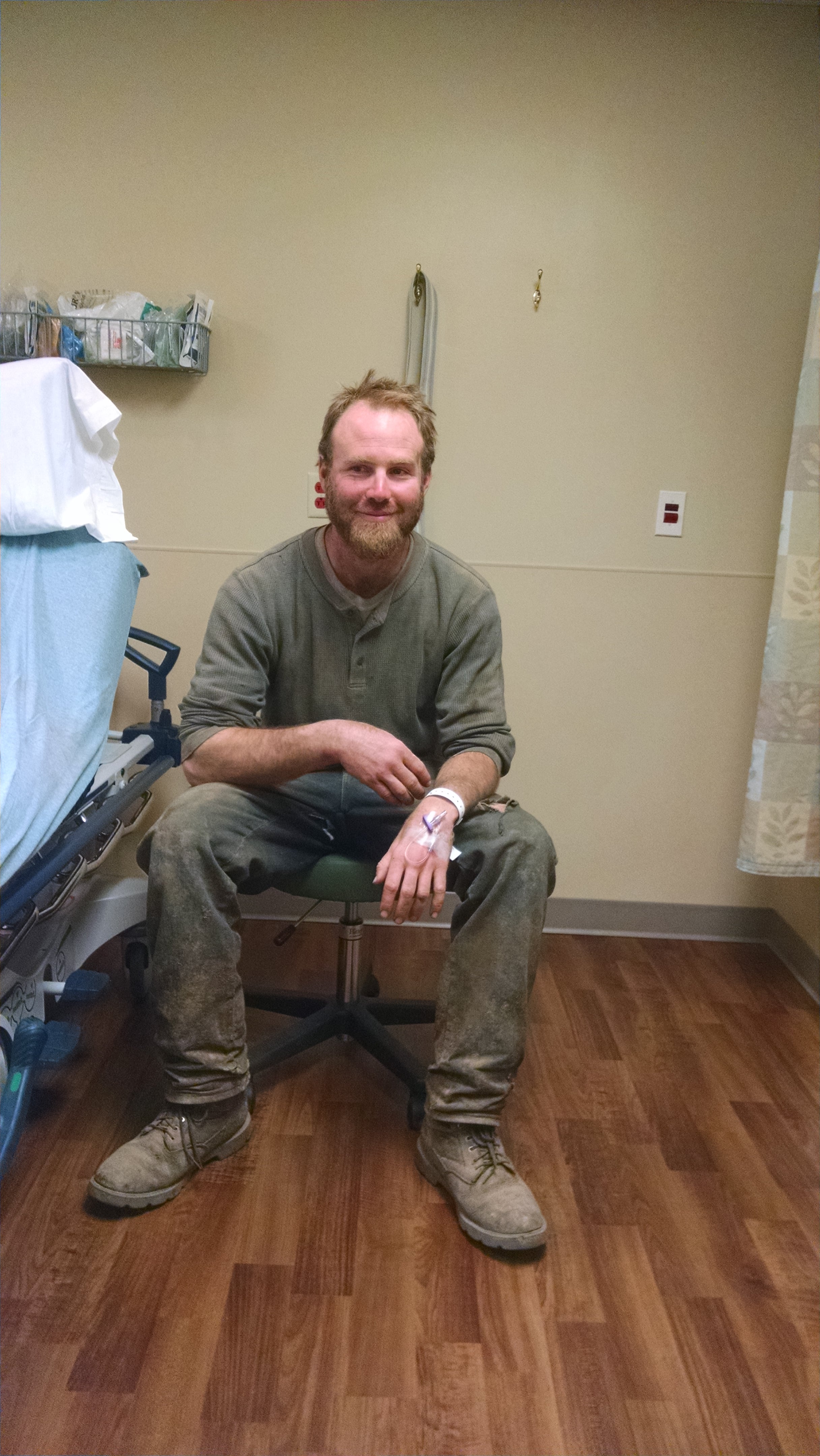 By the tone in their voices, I shut the door and drove out of the yard. I really wasn’t sure what happened, but I knew it was Ryan and it must have been bad. Ryan like a typical farmer doesn’t go to the doctor, much less the hospital unless he is dying and I have hounded him for three days.

As I drove to the ER, I immediately started to think the worst. How bad it could really be, what happened, you know all the things a person thinks when they are scared to death. So what else would you do than call him right? Thank God he answered or I would have thought he really was dying.

All I got from the conversation was that it was his wrist, it’s broken and he was almost there. When I got to the hospital, he was in the room with an IV going. Now a normal person would have been wearing clean clothes if he had to go to the ER. Not my husband. He was covered in dirt from head to toe; mind you he had been planting our new seedlings all day.

My first words to him were “You couldn’t clean yourself up a bit?” Long story short, after all the x-rays, IV drugs and a bone and joint doctor coming from Wausau to Medford at 10:30 p.m., he had a dislocated wrist.

Not so bad right? Wrong. A dislocated wrist is way worse than breaking every bone in your wrist and hand combined. Turns out all the tendons and ligaments were shredded. So two weeks later Ryan had surgery to repair the damage.

Now he is on the fifth soft cast waiting for another month to have the four pins in his wrist removed. Then on to a hard cast for another six weeks and then physical therapy. So by the time we are done with this it will be a six-month long journey of pain for all of us.

It is said that you don’t realize what you have until it is gone. So true! You can’t milk cows with just one hand and it is difficult to lose your dominate hand and still function normally. Try eating left handed after being right handed all of your life. You can’t drive the four-wheeler, tractor or even driving the truck can be difficult.

Ryan was the sole person running our farm. It now takes a village to keep the basics going. Our whole lives changed during the past few months.

I now get up and milk cows before I go to work. My father-in-law Rob, who just retired this spring, is now working full-time on the farm during the day to keep the cows fed and chores done at night. Lucas, a great friend, is giving up his weekends to help me with chores and give Rob a break from the long hours.

Since school is out, the boys are getting cows up in the morning, dipping cows for me and Rob, feeding cows and driving their good old one-armed dad around on the four-wheeler. Our good friend MJ is doing all of the vet work.

My mother-in-law Chris is driving the boys everywhere from swimming lessons to soccer. Most of our field work was done by friends and family helping out in every spare second that they had. My aunt and uncle came up on their time off to trim cow hooves.

Suppers have shown up at our house with cute little notes that read “One less thing to worry about.” It is amazing how our family and friends have helped to keep the farm going and all of our bellies fed.

What doesn’t kill you will make you stronger, right? I have found muscles that I didn’t know even existed. Best of all, this has helped to create stronger relationships with our friends and our family is much closer, too.

I depend on Ryan to keep my spirits up as I work long hours on the farm and at work. I depend on the boys to keep their things picked up and to be on their best behavior since I’m not around to remind them.

This is a character building experience for all of us, although we are working hard and are sometimes crabby and tired (actually just about all the time), we are still together. We have reached the end of our rope, tied a knot and are climbing back up one hand at a time.