A student at Maple Grove School near Verona, Maurer was selected as the winner in the state Milk – Good Health Giant program contest in the first-grade division. The contest reached more than 80,000 school children throughout Wisconsin.

She was among the 20 youngsters who won prizes in a poster coloring and essay contest sponsored by Farm Bureau Women’s Program for Dane County Rural School Children.

The contest was based on the increased consumption of milk and 4,600 posters were placed in the schools for coloring. Several other pupils won honorable mention in the contest.

The state award winners received a $5 check from Farm Bureau, pens from Parker Pen and appeared on television. 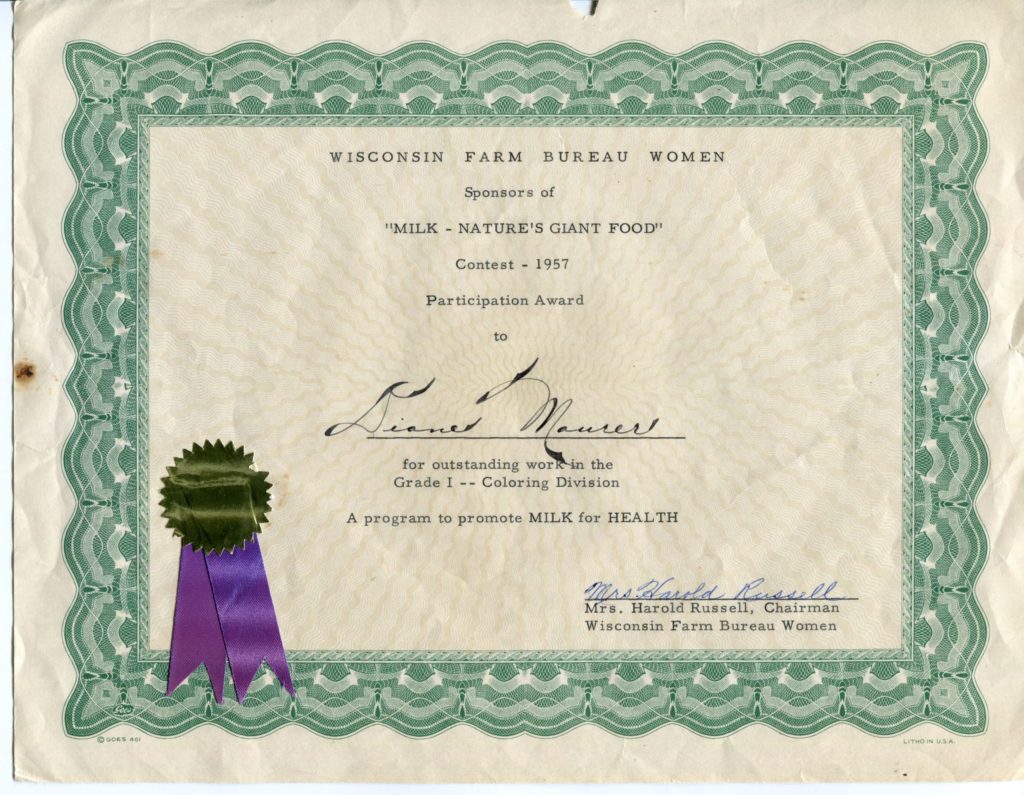 “What I remember about getting the award was that it was a pretty big deal,” recalls Maurer. “All of the students in grades first through eighth and the teacher walked from the school to our family’s farmhouse to watch me on TV. I still have the Parker pen, and I believe the prize money was $5, so I was quite happy!”

It also was announced in several local newspapers, the St. James Lutheran Church’s December 1 ‘The Sunday Bulletin’ and in a monthly publication from Wisconsin Farm Bureau.

In 1957, the Good Health Giant program started in Wisconsin schools.

In an article in the Badger Farm Bureau News, Russell was quoted, “Poster coloring and essay writing contest will help teach the lesson of good health through consumption of dairy products.”

“First grade children will color a picture of the muscular ‘giant’ with a glass of milk in his hand. Second and third grades will color a picture showing how the ‘hidden health values in milk’ increase energy and protect health at low cost. Children in other grades will make their own posters or write stories about the giant bargain of milk as a food. “ 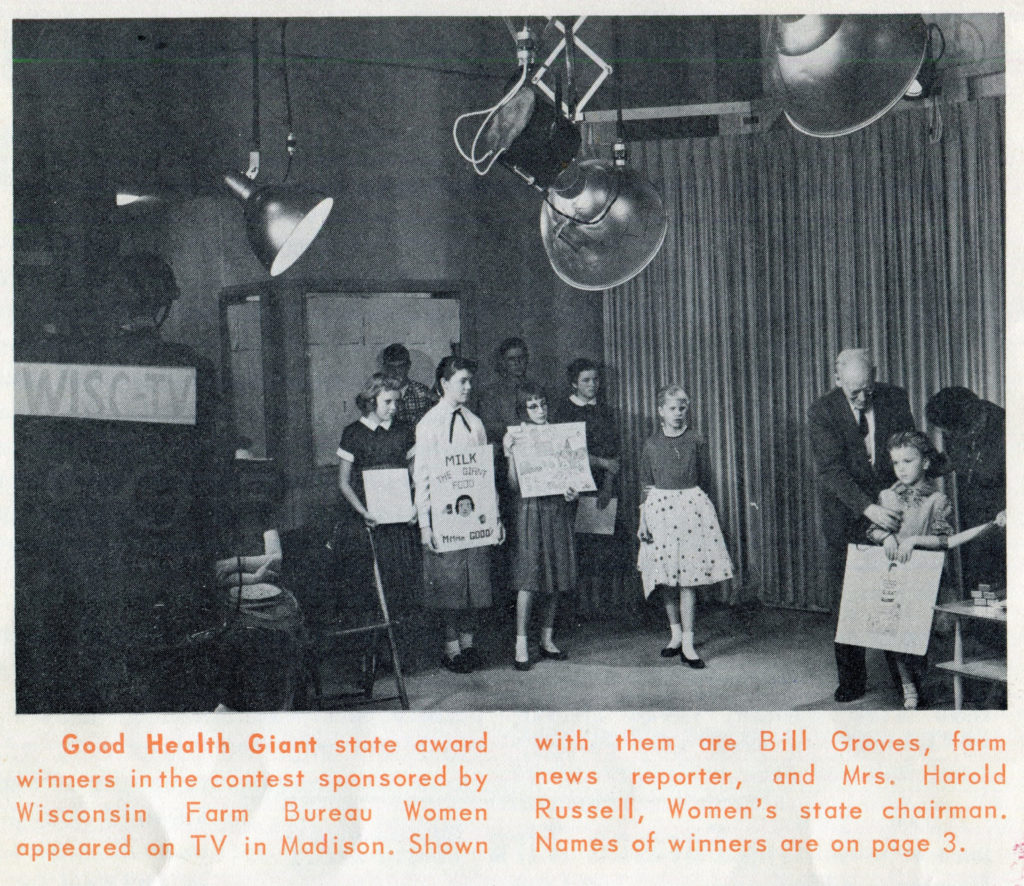 In many counties, the posters were displayed at fairs and prizes were given by the Farm Bureau Women’s Committee.

“The contest should encourage children to drink more milk,” said Russell. “We hope the lessons it teaches about dairy foods will stay with the children through life.”

Maurer’s family has been very active in the organization. She recalls her dad attending monthly Farm Bureau meetings.