Centennial: Serving as Miss Farm Bureau Was Step One in A Career with Farm Bureau

Born into an active Dane County Farm Bureau family, and knowing the opportunities available, Darlene Arneson has served in many roles in the organization including: currently as Ag in the Classroom coordinator; Dane County Farm Bureau YFA chair, secretary, vice president and president; state Discussion Meet winner; and as Miss Farm Bureau, the same year that she served as a state FFA officer and was enrolled  at UW-Madison pursuing a bachelor’s degree in agriculture education.

Prior to the state Miss Farm Bureau contest, Arneson remembers going to Bridgeman’s on Fish Hatchery Road in Madison where Gladys Stoneman taught the Dane County members of the court of honor the ins and outs of etiquette and how to prepare for the state contest.

“I attended the training with Mary Duerst, also from Verona, and we learned basic dining etiquette, proper manners and what to expect during the state contest,” Arneson recalled.

“When I was named Miss Farm Bureau, the first person to congratulate me even before my parents was Trayton Greenfield and he asked me to come to the Alto Parade,” said Arneson. “Trayton remains a dear friend and I admire his dedication to Farm Bureau and to growing the organization’s membership.”

From the Farm Bureau side, Arneson recalls that it was a busy year representing the Wisconsin Farm Bureau in parades, at county fairs and annual meetings, doing media interviews and attending the AFBF Annual Convention in San Diego.

“I roomed with former WFBF staff member Deb Raemisch and Joyce Hach, danced with then WFBF President Don Halderman, toured a U.S. aircraft carrier and went whale watching,” laughed Arneson as she recalled wonderful memories about some of the people she met.

She attended a Youth Citizenship Conference at UW Oshkosh where Prisoner of War Kevin Hermening talked about his experiences while being held hostage in Iran from November 1979 to January 1981. He was serving in the U.S. Marine Corps Security Guard Detachment at the U.S. Embassy in Teheran, Iran, when he was taken prisoner.

She recalls speaking at the GROWMARK Annual Meeting in Chicago where The Lettermen sang.

“Our family friend George Pederson worked for GROWMARK and made sure we had front row seats,” said Arneson. “My mom was so excited.”

Arneson’s speech was neatly typed and tucked in her scrapbook from the year.

“Some people think that all we have in Wisconsin is cows, but our members have operations including beef, cash crops, cranberries, tobacco, potatoes, honey, swine and the list could go on. The diversity of our members also gives our program of activities great diversity. Member programs include the young farmers program, the women’s program, the youth program, legislative activities, communications, marketing, product promotion and policy development.”

While serving as Miss Farm Bureau, Arneson also was offered a class at The Clearing in Door County.

“I remember that I took bird watching class because it was one of the few classes that fit into my schedule,” said Arneson. “It might not have been the best fit because most of my classmates were up at the crack of dawn to wander around the woods. The Clearing was a beautiful place to stay.”

Arneson added that the year as Miss Farm Bureau was memorable because of the people she met and the things she learned.

“Little did I know back then that I was developing my understanding, passion and commitment to this organization that would serve me well throughout my life and career,” said Arneson.

In the late 1980s when Arneson was serving as Dane County Young Farmer chair, she met John Arneson during a Young Farmer meeting at The Dugout in Verona.

“Farm Bureau has been an important part of our married life and both John and I, along with each of our three children, have separate voting memberships,” added Arneson.

In 1990, Arneson won the Discussion Meet when the WFBF Annual Meeting was held in Milwaukee. She was pregnant with the couple’s second child and decided to go home to Stoughton after the contest and return the next day. Back then the WFBF Annual Meeting was held Sunday to Tuesday. Arneson returned home Sunday night after the competition and planned to return on Monday night for the announcement during the banquet.

“That night there was a major snowstorm that dropped more than 18 inches of snow and there was no way I could drive back to Milwaukee,” laughed Arneson.  “At the time, my brother Dale was president of the Dane County Farm Bureau and he was serving as a delegate, so he accepted the certificate on my behalf.”

Then in 1998, Arneson earned Binbuster status in the Farm Bureau Producer Club.

“I was inspired by other members who spent hours reviewing membership lists and recruiting new members,” added Arneson.

From 2001 to 2004, Arneson was the Dane County Farm Bureau office secretary.

When the Ag in the Classroom coordinator position was posted, Arneson applied and the rest is history.

“I am blessed to have the opportunity to work with our county volunteers, teachers, partner organizations and people involved in agricultural literacy on a state and nation-wide basis,” said Arneson. “Using my background in teaching and education, helping educate others about agriculture and working with volunteers are all of my passions rolled into one job that offers me a variety of tasks, activities and ways to serve. I’m very fortunate.”

Darlene lives in Stoughton, with her husband, on his home farm where they are active in community activities. She is active in Sons of Norway and the FFA Alumni on local, state and national levels, church activities and the American Cancer Society’s Relay for Life. 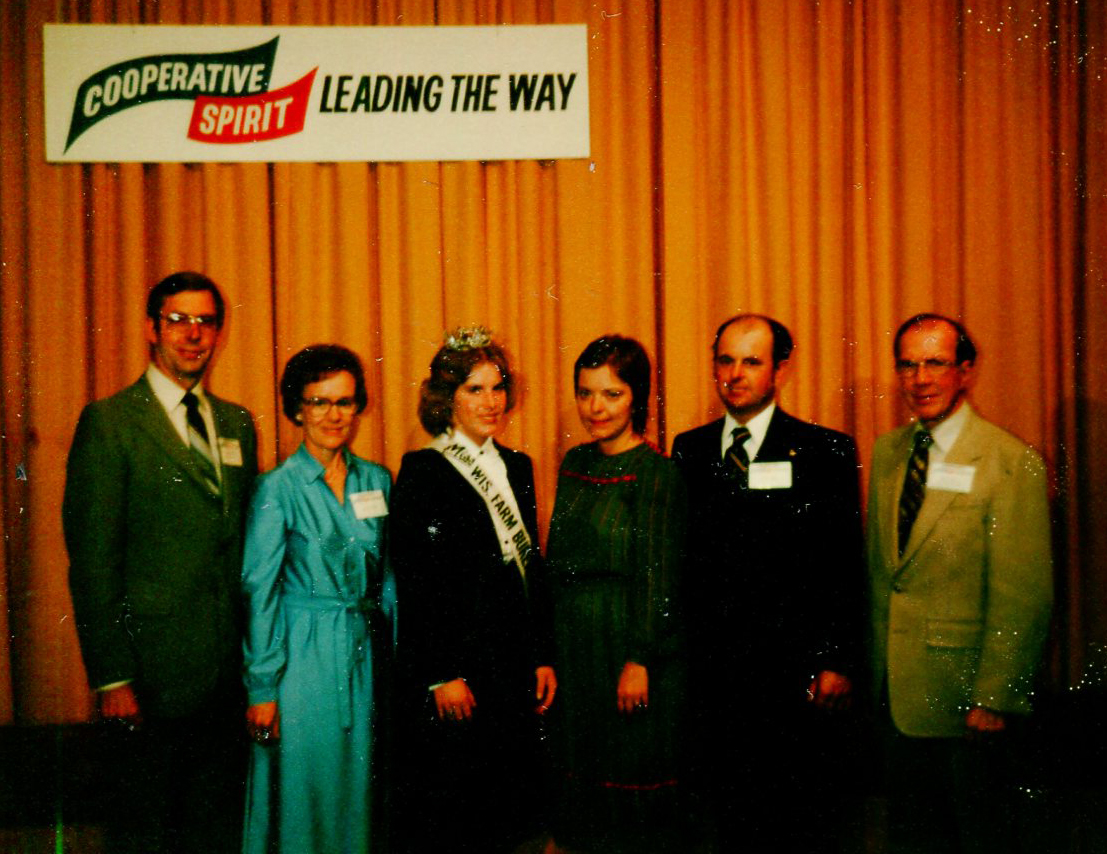 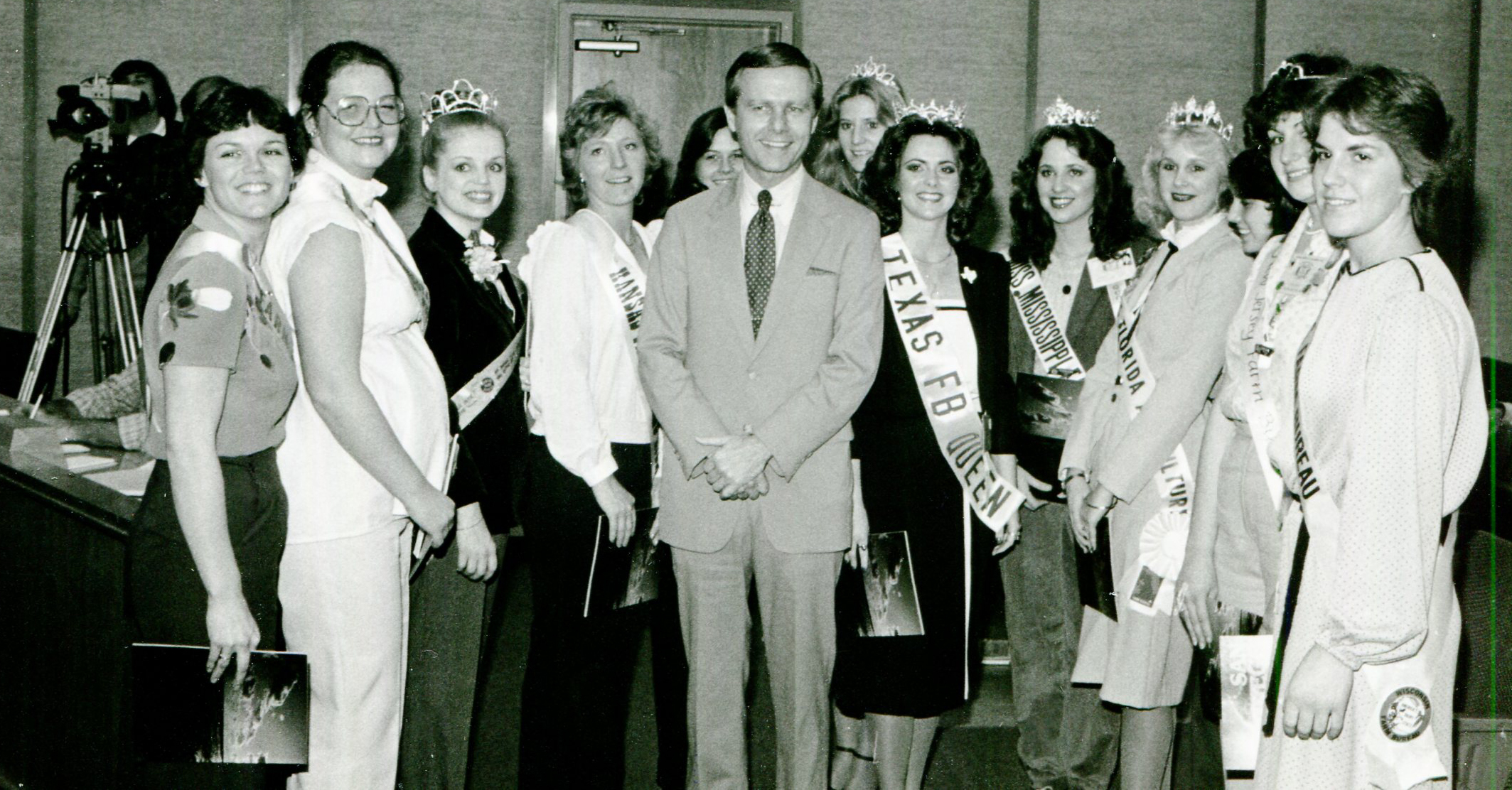 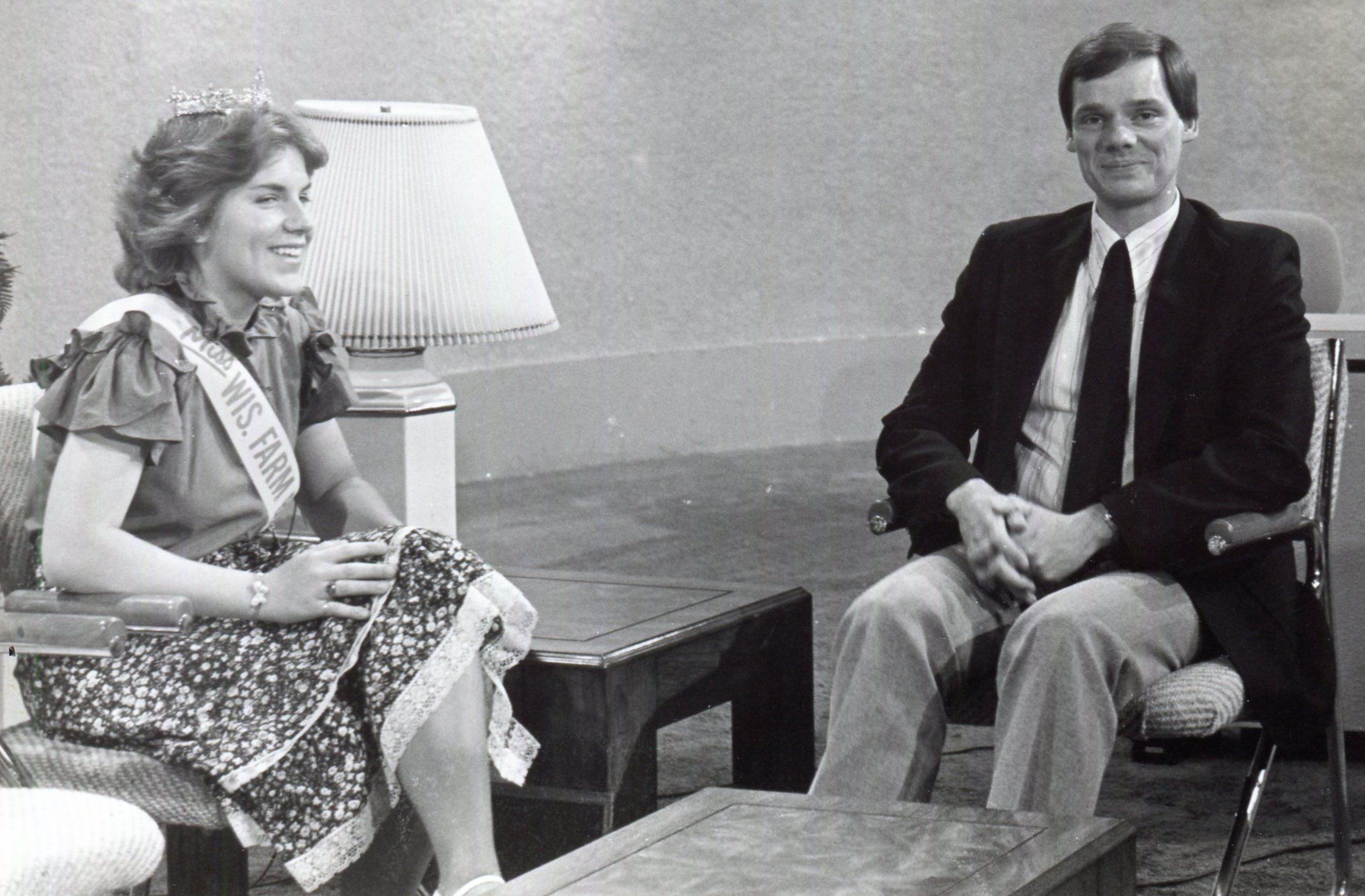 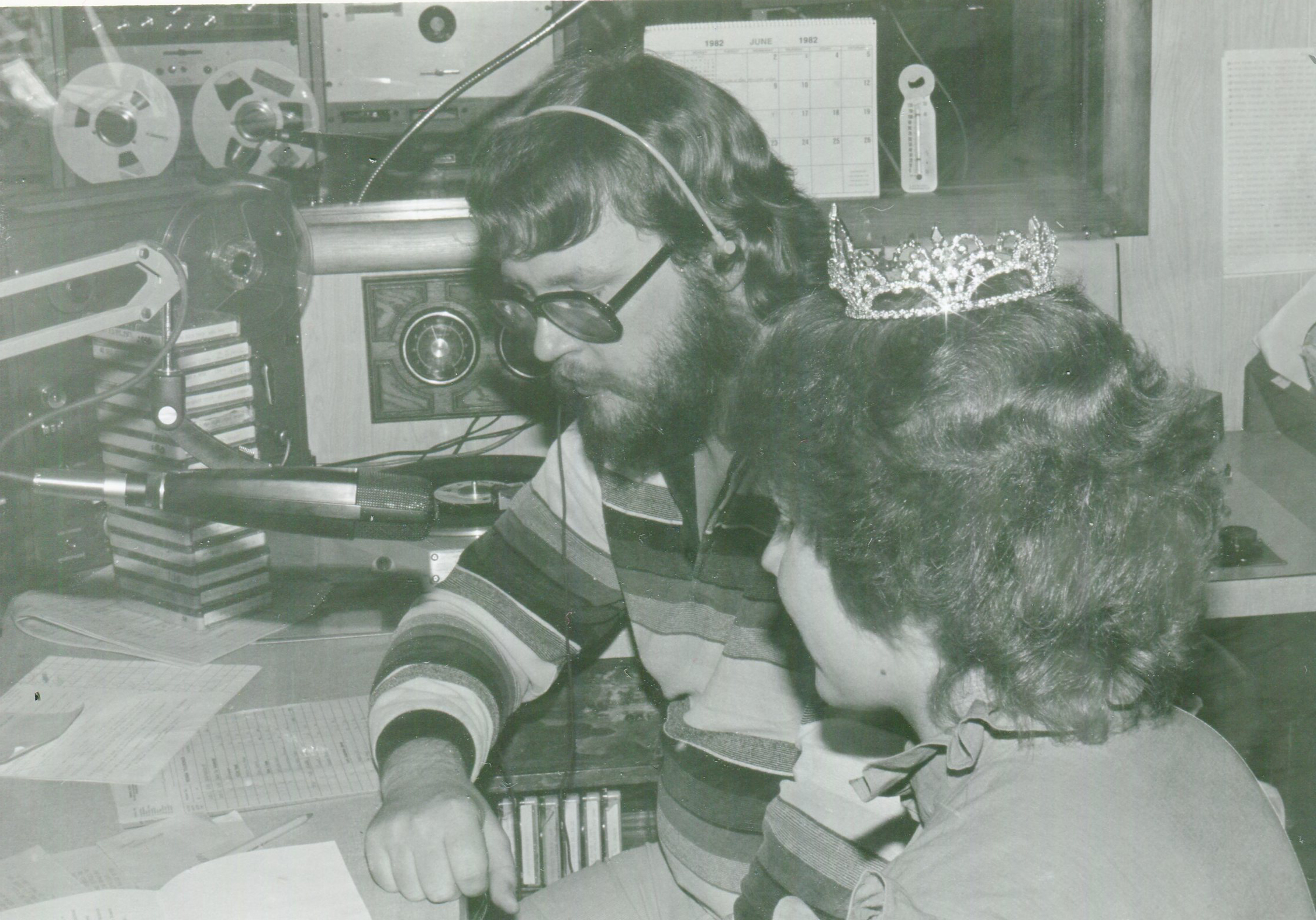 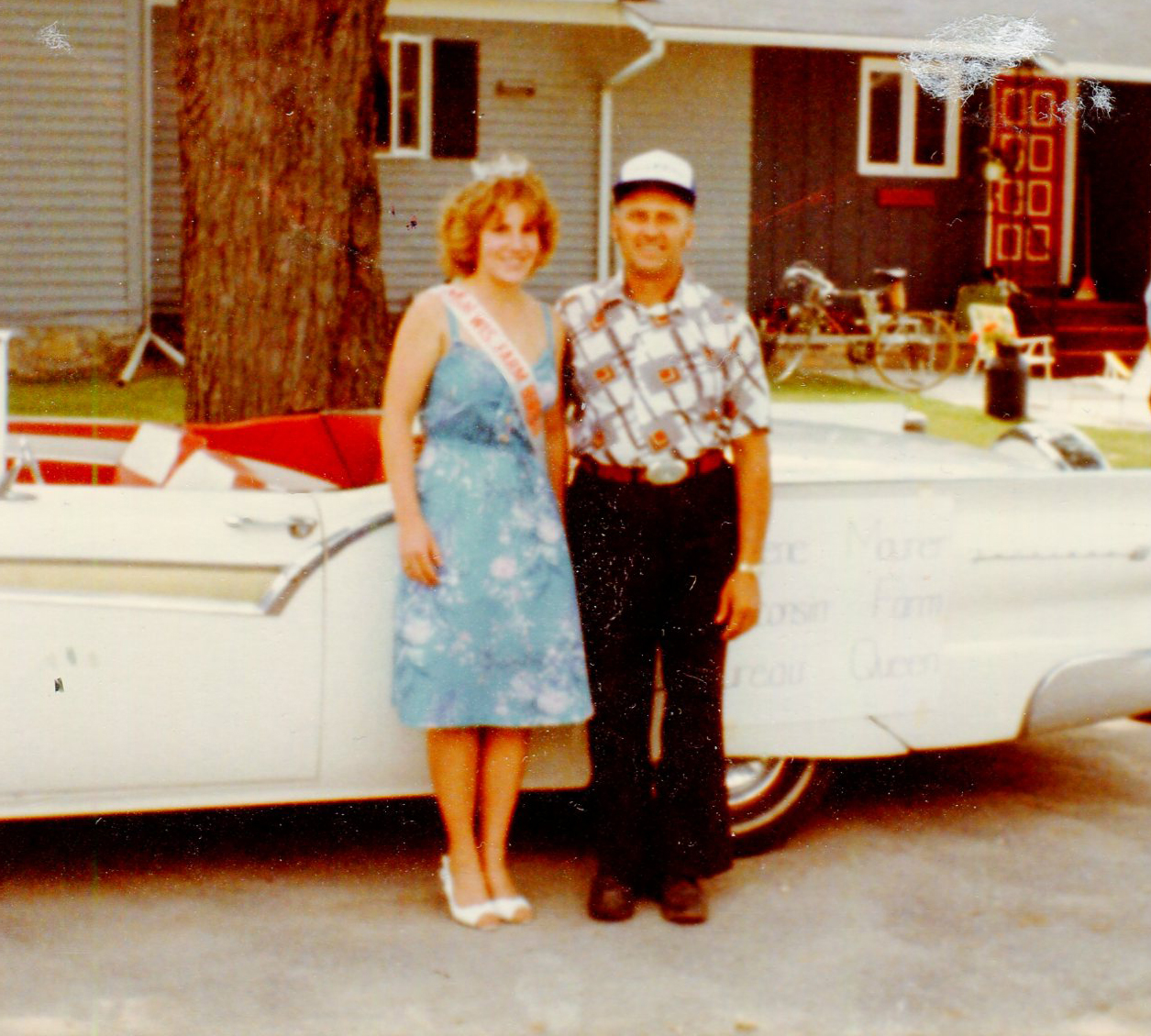 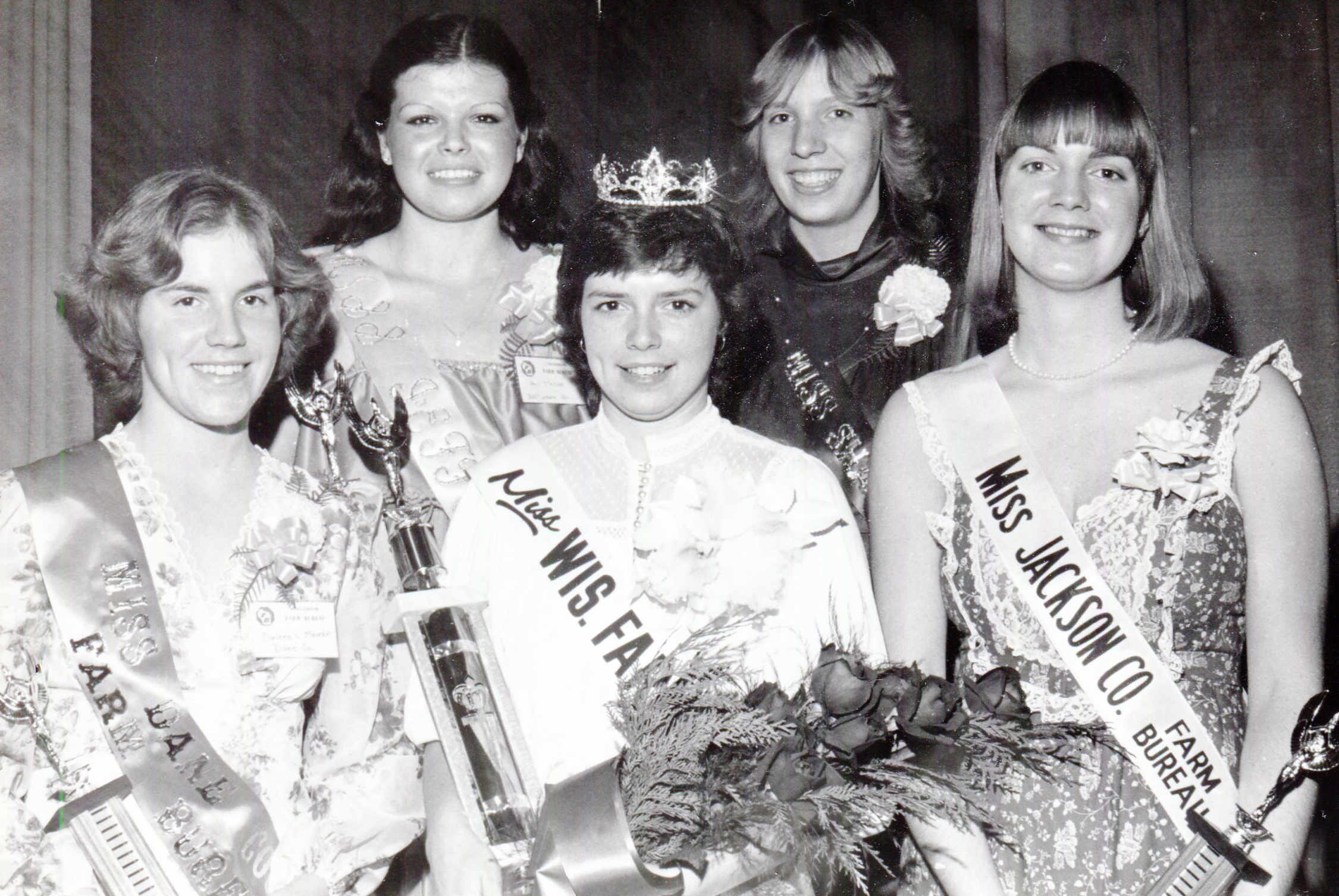 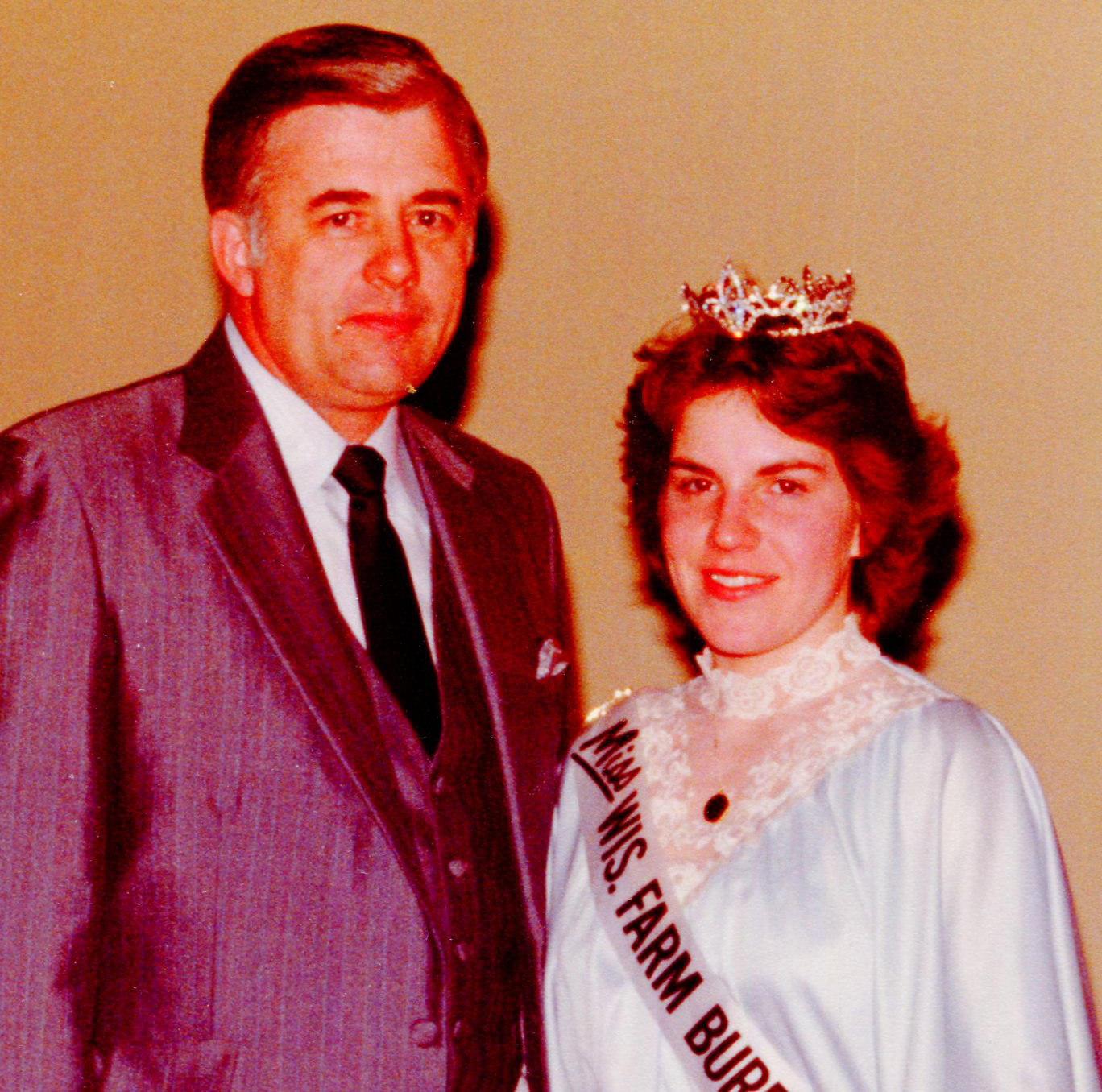 This Centennial story was written and submitted by Marian Viney.