The history of Farm Bureau within my family traces back to 1963, the year my grandparents joined Ozaukee County Farm Bureau. 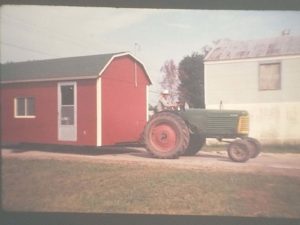 In 1972, my late grandparents, George and Shirley Kohlwey, were instrumental in building the Ozaukee County Farm Bureau food stand trailer. The little red barn on a trailer was used to sell brats, hamburgers and other items at the Ozaukee County Fair until recent years. Throughout the trailer’s history, my grandparents did a lot of the remodeling and stored it at their farm. 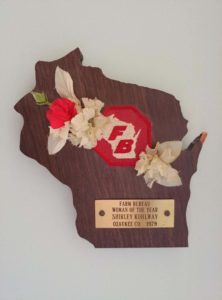 In 1978, my grandma was Ozaukee County Farm Bureau’s Woman of the Year. The plaque she received was proudly hanging in her bedroom at the home farm for as long as I could remember. Her plaque has been passed on to my sister, Amy, and now it hangs proudly in her Farm Bureau office. In addition to the plaque, my grandma also received a necklace that said FB Women 79-80, which was proudly worn and has been added to my jewelry collection.

As grandma downsized her belongings and prepared to move to assisted living, one of the items that she wanted me to have is now hanging in my office. It’s a 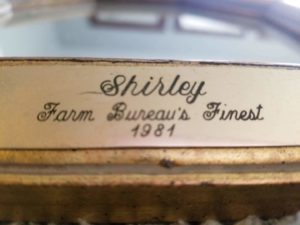 gold-plated mirror with the Farm Bureau’s Finest award from 1981. Although I don’t know the history of the award, it is a constant reminder of our family’s history with Farm Bureau. My grandma wrote a book on her memories where she said, “it was a small wall mirror, engraved Shirley Farm Bureau’s Finest 1981. It’s on the wall in my bathroom. I always have treasured that gift.” 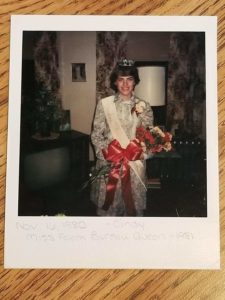 My mom’s family was always very active with Farm Bureau and my mom was voted by the Young Farmers to be Ozaukee County Miss Farm Bureau in 1981. She was on floats in parades and involved with other Farm Bureau programs. Now she is the biggest support for her husband and children who are active with the organization.

After my brother, Rick, completed the University of Wisconsin-Madison Farm and Industry Short Course, he was back to the family farm and at the October 2005 Ozaukee County Farm Bureau Annual Meeting he was elected the county Young Farmer and Agriculturist chair. His intent was not to join the board at that meeting, but rather to thank Farm Bureau for the scholarship he received which turned into much more. Since then, he has been on the state YFA committee including serving as state chair, he was on the American Farm Bureau Federation Young Farmer and Rancher Committee and still remains Ozaukee County Farm Bureau’s YFA co-chair.

My three younger sisters are, or have been, involved in Farm Bureau also. Amy is the district 2 coordinator for WFBF and prior to joining the staff was very active with the county’s Ag in The Classroom program. Becky was a part of a recent Farm Bureau Leadership Institute class and Jacki is currently on the state Promotion and Education Committee. Jacki was also a charter member and first president of the Collegiate Farm Bureau chapter at the University of Wisconsin-River Falls. 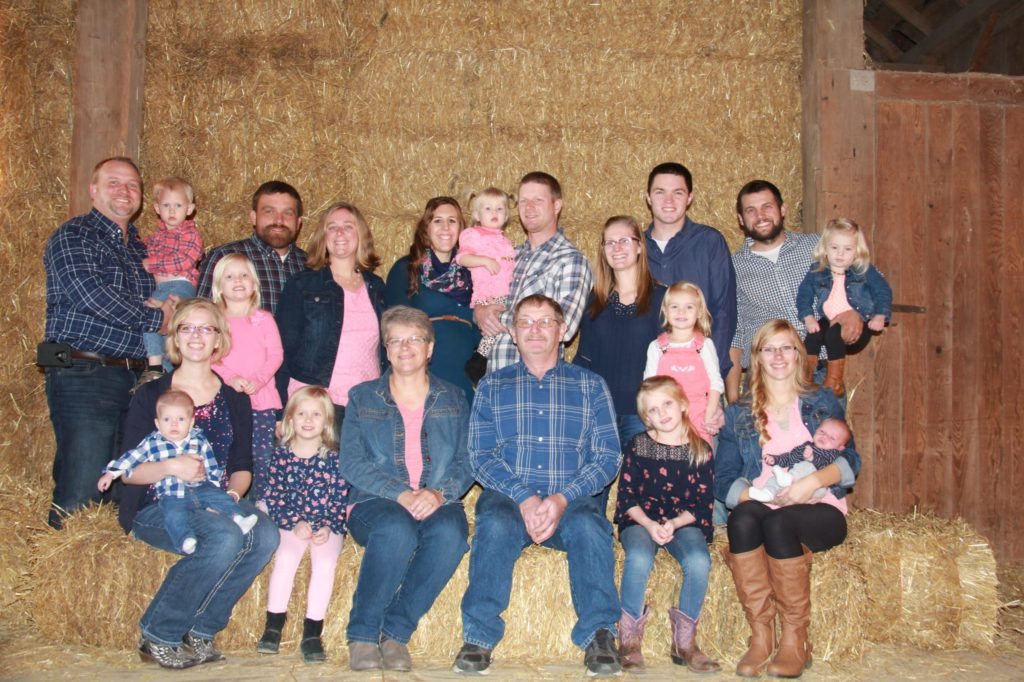 For my 18th birthday, Rick gifted me (and all my sisters) a Farm Bureau membership, the rest is history. When I joined, I attended YFA events, helped with Ag in The Classroom and attended the Wisconsin Ag Women’s Summit. In 2012, I joined the Wisconsin Farm Bureau staff as district 1 coordinator. I remember the day I told my grandma that I started working for Farm Bureau. She was proud and had a smile from ear to ear knowing that her Farm Bureau legacy would continue for generations to come.

My entire family has been impacted by this organization through helping at the county fair food stand, receiving Farm Bureau scholarships and the 4-H Key Award that is sponsored by Farm Bureau.

I know that my grandparents are smiling down as our family’s involvement in Farm Bureau remains strong and continues to grow.

Patti is the district 1 coordinator for the Wisconsin Farm Bureau Federation. She grew up on her family’s dairy farm near West Bend and continues to help on the farm. She majored in speech communication at the University of Wisconsin – Oshkosh, graduating in 2010. After obtaining her degree, Patti worked as an Americorps VISTA in Dodge County. Part of her responsibilities included creating sustainable programs for Dodge County 4-H and the afterschool programs in Beaver Dam. Following her year as a VISTA, Patti was programs and communications coordinator at Economic Development Washington County.