2019 marks 100 years of Wisconsin Farm Bureau and just over 50 years of me being a member. I have so many great memories of growing up within the organization. 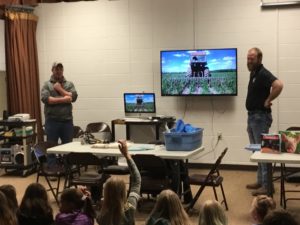 Returning to the farm, after graduating from the University of Wisconsin – Platteville, I thought I had returned home to handle more of the day-to-day farm tasks and allow my dad greater flexibility to serve within various farm organizations. Little did I know at the time, dad had other plans.

One morning as we were finishing up chores, he said Tony is coming to pick you up for the district Young Farmer meeting in Waukesha. This was my first real contact with the Young Farmer program. It was at that first meeting I learned the importance of being engaged in the program. The memory that sticks out the most to me is Don Armitage stating, “If you do not like what is going on and don’t do anything about it, don’t complain.” That lone statement set the stage for the rest of my life. If there was something that needed to be done or changed, I would get involved.

In 1973, two years after coming back to the farm we had a barn fire. After rebuilding, we hosted an open house and my father-in-law had some friends from his work attend with him. We were giving a tour of the new barn when they asked, “How much chocolate milk does that cow gave?” The cow they were referring to was a 6-month old Red & White Holstein. I had no idea that there were people out there that believed chocolate milk came from brown cows. That memory is still engrained in my mind and one of the many reasons I got involved with Waukesha County Farm Bureau Young Farmer program. 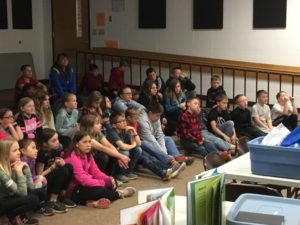 In the fall of 1975 I was appointed to the Waukesha County Farm Bureau board serving as the Young Farmer chairman. During my time as chair, we grew from a handful of members to over 20 engaged Young Farmers. I was also asked to head the Dairy Promotion Committee. Remembering the questions, I received at our open house a few years back – I knew there was a need to get the truth about farming out there. Chairing both the Young Farmer and Dairy Promotion Committees, I was able to experience firsthand the impact farmers can have when they open their barn doors to the public. This is truly where my passion for promoting agriculture began. Over the years we hosted the county June dairy breakfast three different times.

When our children reached fourth grade, I spent one day each year going in and talking with the kids about where their food came from. It was shortly after the success we had in the classroom that Waukesha County Farm Bureau formed the Farmer in the Classroom Committee. We put together a presentation, sent out letters to all schools in the county and expressed our willingness to come in and talk about what we do on the farm. In the first year, our committee of seven or eight people spoke to over 1,000 fourth graders. It didn’t take long for the program to build momentum and before we knew what happened we were reaching over 3,000 fourth graders across the county.

Although I have relocated to Taylor County, the memories, programs and passion for promoting agriculture have stayed with me. Taylor County Farm Bureau is now a proud supporter of the Farmer in the Classroom program. Each director takes turns sharing their agricultural story in spring with fourth graders across the county.

As we gear up to celebrate 100 years of Wisconsin Farm Bureau, I encourage you to think of ways you can bridge the gap between farmers and consumers. I have shared just a couple of the things that I have done. The Wisconsin Farm Bureau Promotion and Education Committee has a playbook filled with ideas on how you and your county can tell agriculture’s story.

Rob Klussendorf became a member of the Waukesha County Farm Bureau in 1968. He served as a board member for 37 years He served on the State Young Farmer Committee from 1977-1980 and was elected chair of the committee in his last year. Rob has served on WFBF Tax and Education committee Chairing it 1994-1996. Rob also served on the Mukwonago School Board from 1989-2007. Today, he resides in Taylor County and is an active Taylor County board member and chair of the county Promotion and Education Committee.