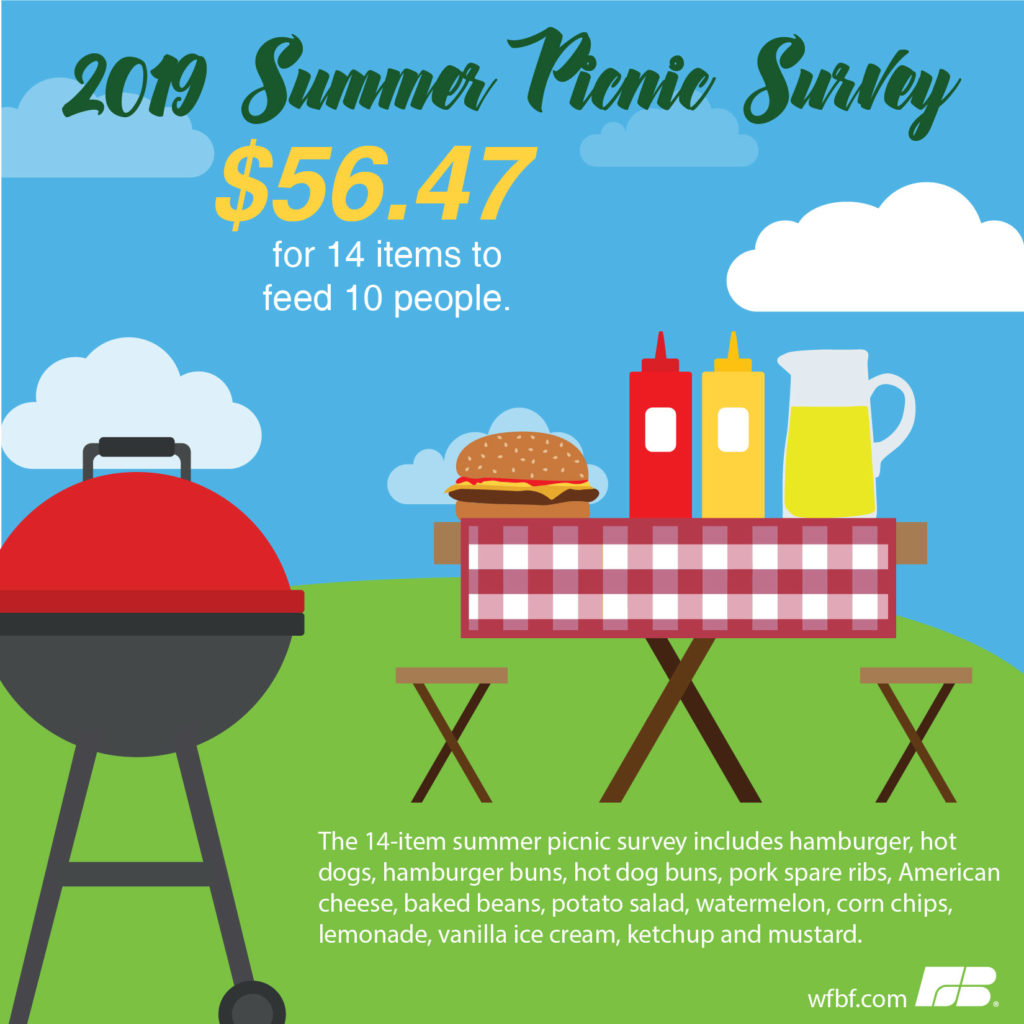 According to the latest informal Wisconsin­ Farm Bureau Marketbasket survey the total cost of 14 food items used to host a summer cookout for 10 totaled $56.47. The same survey conducted on the national level by American Farm Bureau totaled $56.38.

“With this year’s survey items being slightly updated, we are focusing on comparing national and state food prices,” said WFBF’s Director of Communications Sarah Hetke. “Next summer, we will be able to do a year-over-year comparison for state-specific pricing.”

Of the items that can be compared with last summer’s survey, five decreased in price. Items with the most notable decrease include:

“Being so closely aligned with the national prices reflected in this survey shows that Wisconsin consumers have access to some of the most affordable food in the nation,” Hetke added. “With many stores running specials, shoppers should continue to find deals on typical cookout food as they shop closer to the holiday.”

During the last three decades, retail grocery prices have gradually increased while the share of the average dollar spent on food that farm families receive has dropped. In the mid-1970s, farmers received about one-third of consumer retail food expenditures in grocery stores and restaurants.

Since then, that figure has decreased steadily and is now about 14.6 percent, according to the U.S. Department of Agriculture. Using that percentage across the board, the farmers’ share of this quarter’s $56.47 grocery bill would be approximately $8.24.

The USDA says Americans will spend approximately 10 percent of their disposable annual income on food, the lowest average in the world.