On December 7, Wisconsin Farm Bureau celebrated 100 years at its Annual Meeting. The organization hosted a variety of events in honor of the occasion.

The main event was the centennial banquet where more than 900 Farm Bureau members gathered. The event kicked-off with a reception featuring Farm Bureau-themed food stations including items like fruit and nuts as a nod to WFBF’s former commodity sale program. 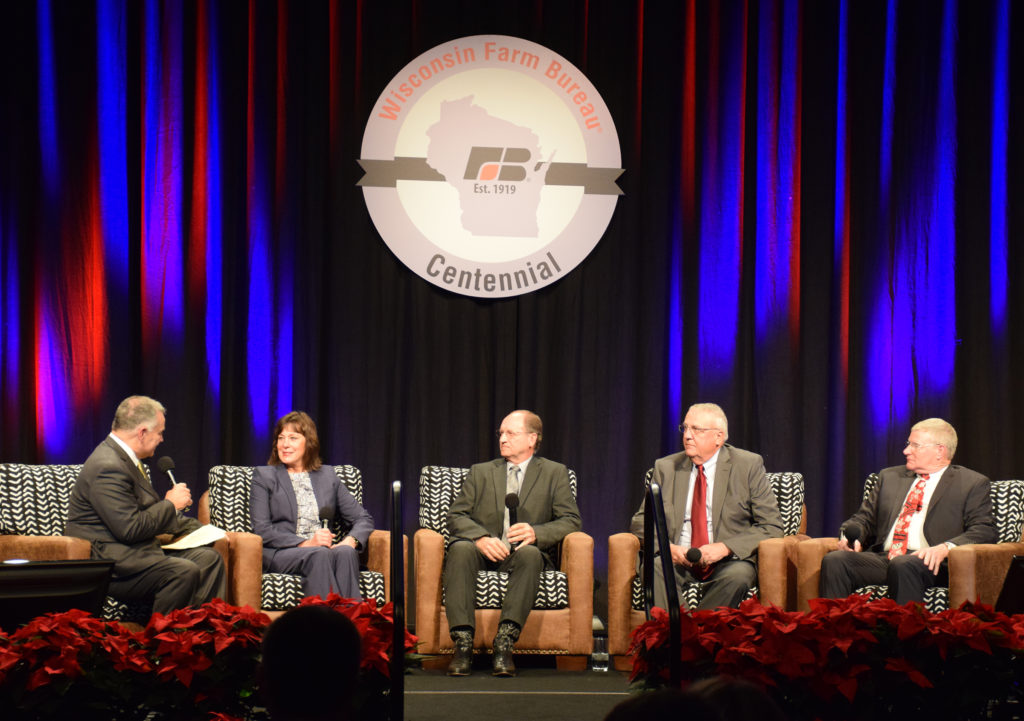 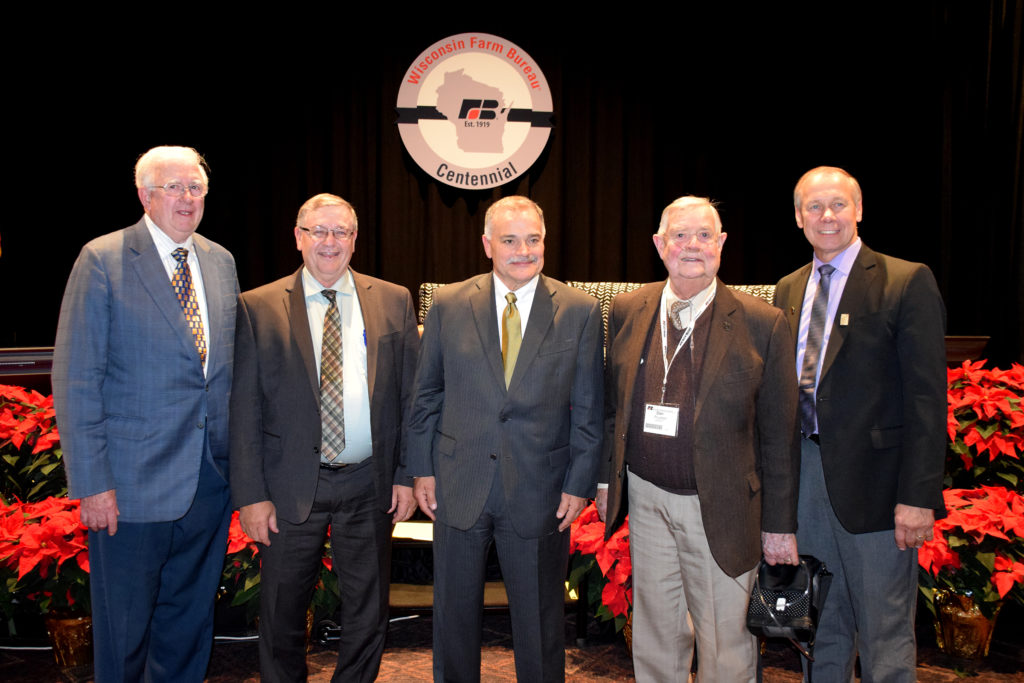 The evening concluded with Interim Secretary of the Wisconsin Department of Agriculture, Trade and Consumer Protection Randy Romanski presenting WFBF President Jim Holte with a proclamation from Governor Tony Evers.

In addition to the special evening program, a full-room centennial exhibit was featured during the event where artifacts were displayed. 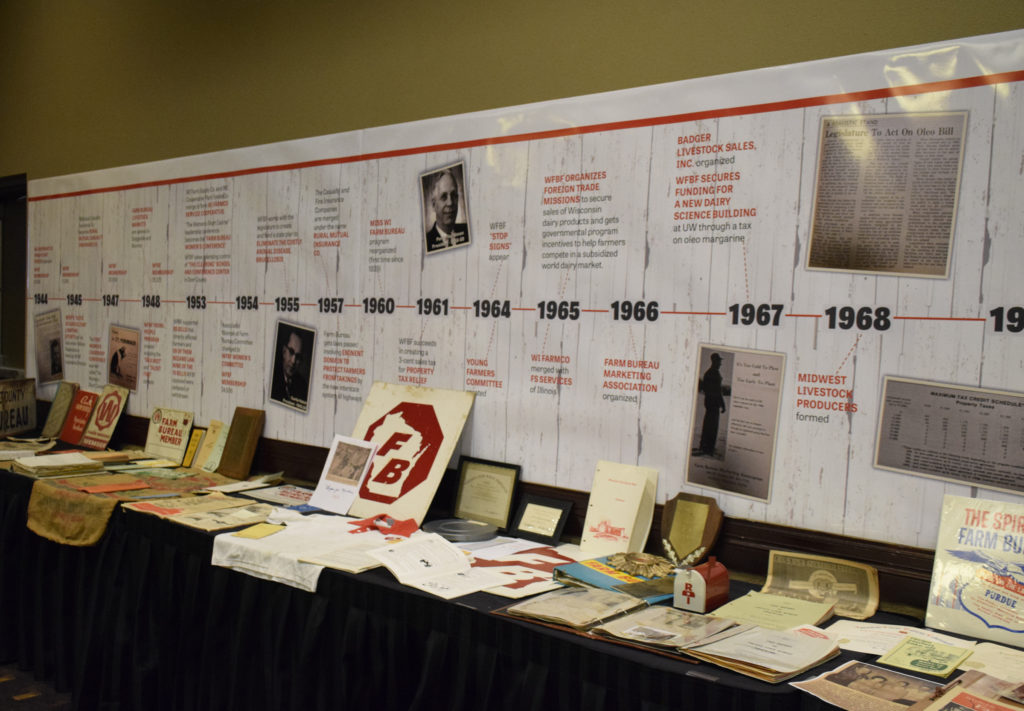