Members weigh in on importance of trade for agriculture 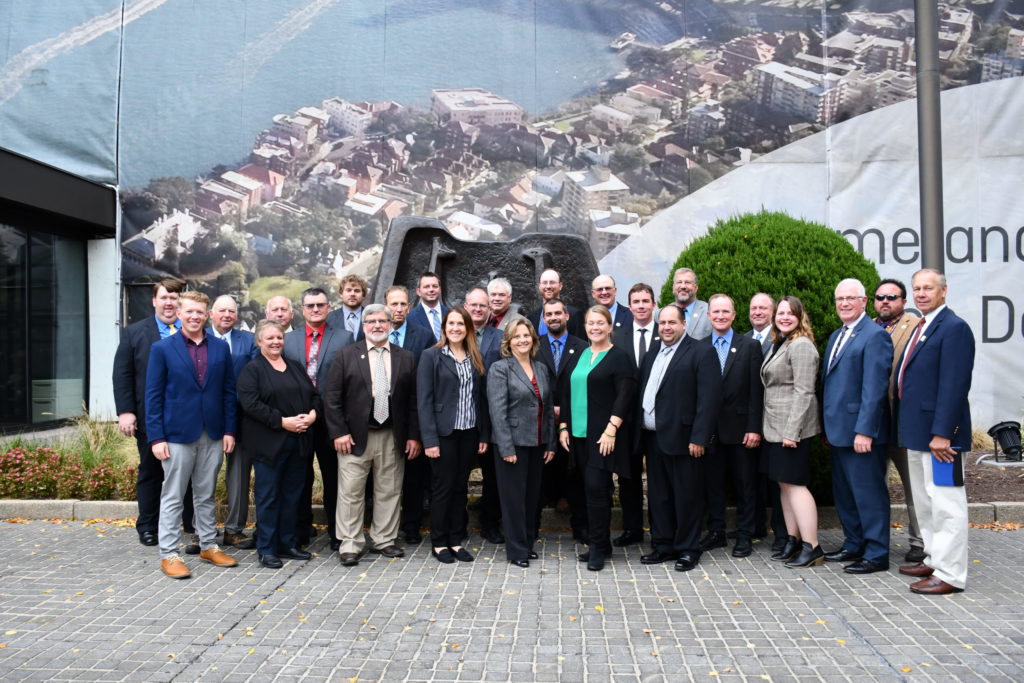 Farm Bureau leaders traveled to Washington, D.C. September 11-13, to meet with Wisconsin’s Congressional delegation to encourage swift approval of the U.S. Mexico Canada Agreement and emphasize the overall importance of trade for agriculture.

Each of the Wisconsin Farm Bureau Federation’s nine district directors brought two members from their part of the state as part of the WFBF Leaders Fly-In.

“The value of the trip to Washington, D.C. was twofold; first we could witness firsthand the strength of our organization at the national level and secondly the impressive impact we make in federal government policies,” said Calumet County Farm Bureau member Angie Feider.

In addition to trade, members talked about the need for labor reform, challenges with gray wolf population management, rural broadband coverage, the repeal of the Waters of the United States rule and the need to fund infrastructure improvements to locks and dams on the Mississippi River.