A far-reaching water rule and bills on the labeling of genetically modified food and country of origin labeling of beef, pork and poultry were on the collective minds of Farm Bureau members who met recently with Wisconsin’s Congressional delegation on Capitol Hill.

Each of the Wisconsin Farm Bureau Federation’s nine district directors brought two members from their part of the state to Washington, D.C., September 15-17.

Atop their list of bills to lobby lawmakers on were measures to halt the Environmental Protection Agency from further implementation of the Waters of the U.S. rule. The American Farm Bureau Federation has led the charge in Washington against an expansive new rule redefining “navigable waters” to cover millions of acres of farmed lowlands, ditches and other land features that only carry water when it rains. Despite warnings of its impact to farming through a comment period last year, the EPA and the U.S. Army Corps of Engineers issued the final rule in May. 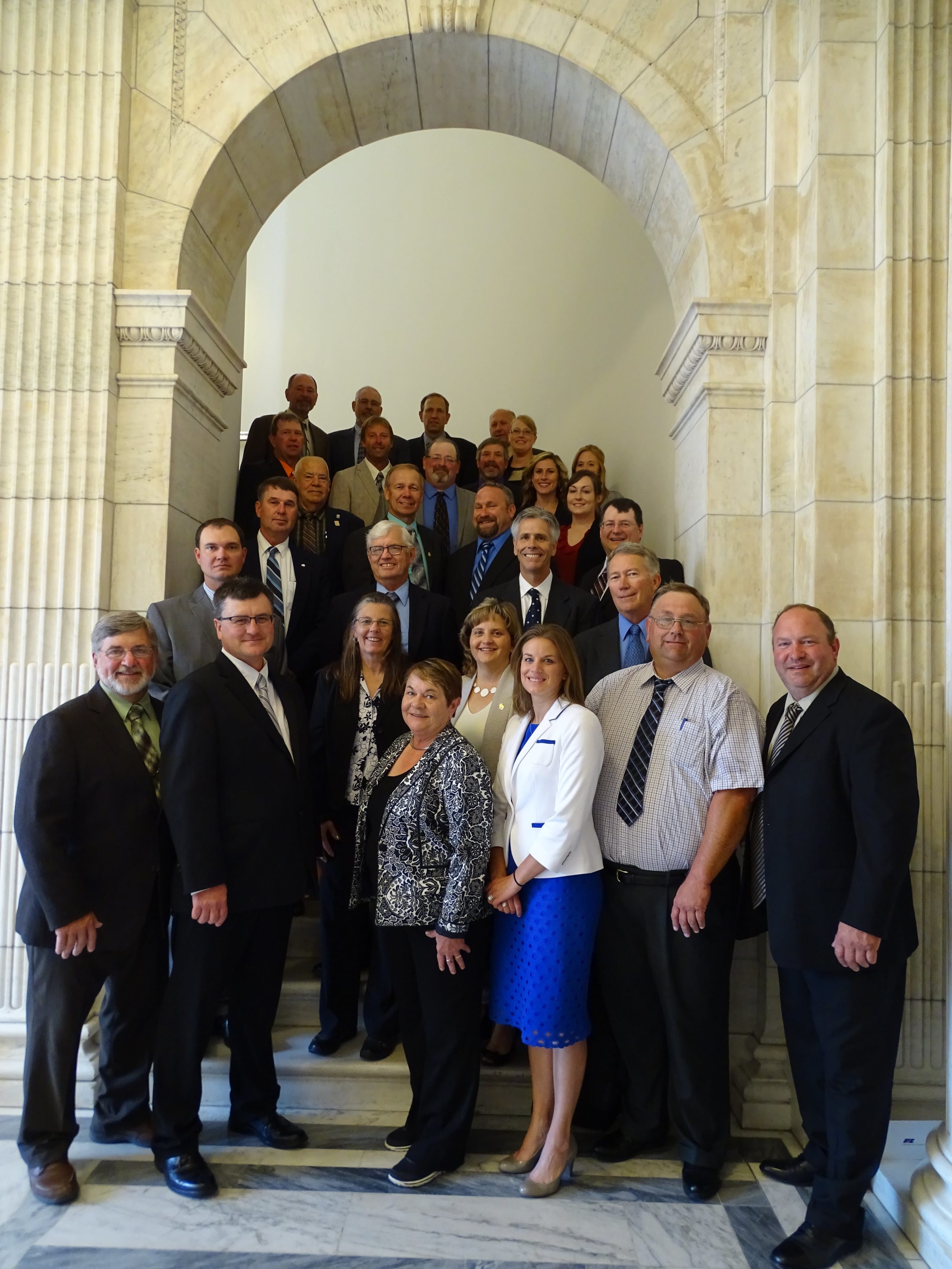 Wisconsin’s two Senators were urged to support a bill to provide a national framework for the voluntary labeling of GMO foods based on consistent, national standards that are science-driven. The Safe and Accurate Food Labeling Act (H.R. 1599) passed the House in July with Wisconsin Republicans supporting the bill and Democrats opposing it.

A labeling bill of another sort was also a hot topic. In May the World Trade Organization Appellate Body provided its final decision by ruling against the U.S. in a case brought by Canada and Mexico against the U.S. Country of Origin Labeling (COOL) rules on meat labeling. Since this ruling, H.R. 2393, a bipartisan bill that would repeal the mandatory country of origin labeling for beef, pork and chicken has passed the U.S. House. Without the legislation, many Wisconsin exports will likely face significant retaliatory tariffs. Farm Bureau members asked Senators Johnson and Baldwin to support a similar bill in the Senate.

Wisconsin Farm Bureau members also met with officials from the U.S. Department of Labor and the U.S. Army Corps of Engineers and visited the Embassy of Germany.