Rachel Harmann from Door County advanced to the Sweet 16 Round of American Farm Bureau’s Young Farmers and Ranchers Discussion Meet.

The Discussion Meet contest is a panel discussion in which Farm Bureau members between the ages of 18 and 35 are judged on their ability to express their ideas and opinions and reach a solution on current issues affecting agriculture.

She is a volunteer engagement representative for the American Red Cross. Harmann and her husband and sons raise and show registered beef cattle. 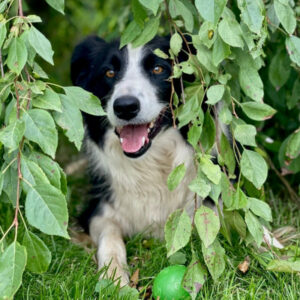 Bree, a Border Collie owned by Clark County Farm Bureau members Ed and Elizabeth Nowbielski, was recognized as a finalist for Farm Dog of the Year.

The contest celebrates farm dogs that work alongside farmers and ranchers as they sustainably produce nutritious food for families and their pets across America. Rounding up livestock and chasing off predators are among the many tasks performed by farm dogs.

As one of four runners-up, Bree will receive $1,000 in prize money, a trophy plate and Purina products.

The winner of the 2023 Farm Bureau Farm Dog of the Year award is Tough, a Border Collie owned by Kansas Farm Bureau members Denny and Donna Ashcraft. AFBF, with support from Nestlé Purina PetCare, recognized Tough, four regional runners-up and a People’s Choice Pup on Sunday of the convention.

Andrea Brossard of Dodge County is concluding her term on the American Farm Bureau Federation Promotion and Education Committee. Brossard is a third-generation dairy farmer at Brossard Dairy Farm, LLC, her family’s farm, in Beaver Dam. She is a graduate of the WFBF Leadership Institute and the AFBF Women’s Communications Boot Camp.

Waushara County Farm Bureau member Lynn Leahy has been appointed to the committee for a two-year term. Lynn is a research agronomist at Heartland Farms, Inc., a 9,000-acre farm growing potatoes for potato chips. Lynn and her husband, Mike, reside in Plover. 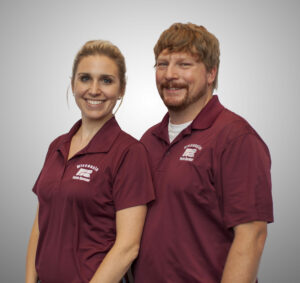 The YF&R Committee is made up of 16 positions representing all regions of the United States. An individual or couple may hold each committee appointment. Committee members are responsible for program planning, which includes the coordination of YF&R Committee competitive events during AFBF’s Annual Convention each January, and the Harvest for All program.