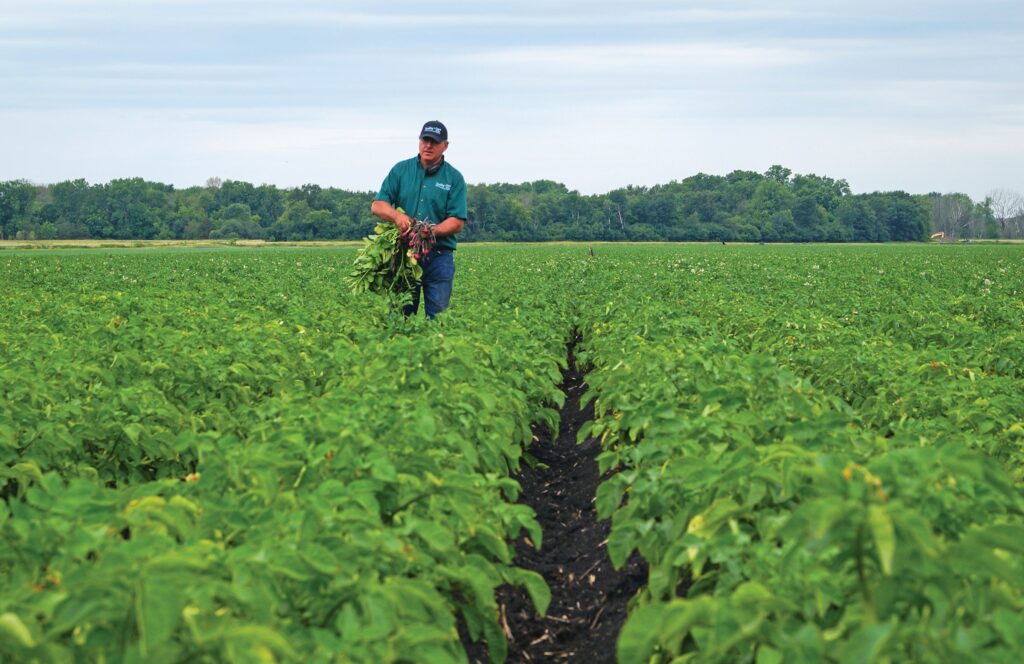 When you think Wisconsin agriculture you might not think celery. At Trembling Prairie Farms in Green Lake County, however, it’s thought about every day.

Owners John and Connie Bobek are originally from Indiana. They moved to a farm in Marquette County in 1989 with the intention of growing mint. Through the years, mint became less of the focus and the farm expanded into potatoes.

Looking for more land to farm, the Bobeks purchased a farm near Kingston. Eventually, they sold the other farm and made Kingston their permanent home.

Today the Bobeks grow celery, potatoes, onions and a small amount of kidney beans. They use field corn and soybeans as rotation crops.

The Bobeks also own farmland in Montana where they grow seed potatoes.

While Connie works off the farm at National Exchange Bank & Trust, John manages day-to-day operations with the couple’s oldest son Clay. The couple has three other children: Morgan, Jeremy and Leah.

Besides crops, the family shows beef cattle at local, district and state shows.

“Farms in the area actually grew celery back in the 1950s and early 1970s,” John explained. “It used to be grown around the Fox Lake, Montello and Berlin areas.”

In 2012, John was experimenting with other types of crops he could grow when they stumbled into celery. Because of its marsh surroundings, the farm has peat soil, which makes a good place for certain vegetables to grow, including celery.

“As far as I know, there are only two places in Wisconsin growing celery and we are one of them,” said John.

The celery growing process starts in greenhouses in late February to early April. The seedlings are then transplanted. Planting begins close to May 1 with the goal of the last planting to be in the ground by July.

The farm grows four different celery varieties on 50 acres. The celery is irrigated with drip tape, a low-pressure irrigation method. John noted that most California varieties seen in grocery stores won’t grow in Wisconsin’s climate so it’s important to know the right varieties for your soil and weather.

Harvest begins in July and goes until October. A 12-person celery harvest crew is brought in from Florida for the duration of the season and harvests the crop by hand. They stay in the state until harvest is complete.

“It’s all done by hand with some being cut into four-inch sticks for Ripon Pickle Co. Inc.,” explained John. “They are our largest customer, and we are grateful.”

Located not far away in Ripon, the company specialized in relishes and brined vegetables.

During harvest, the Bobeks average about two truckloads a day, which amounts to about 1,100 cases per day. Case quantity depends on customer demand but on average hold 24 to 36.

“We have to keep moving every day because you have to keep the supply up,” said John. “You have to be able to sell to people for more than a couple of days. Sometimes you have to break for different reasons or because of Mother Nature, but for the most part, we are putting in long weeks during harvest time.”

Celery has a short shelf life so it’s important for the product to move from the field to the store as quickly as possible. The celery sold to grocery stores has a Something Special from Wisconsin™ logo.

In general, celery is a popular choice at the grocery store. In the U.S. consumers eat on average six pounds of fresh celery annually. Two medium stalks of celery offer many nutritional benefits including vitamin C, potassium and 2 grams of fiber, all for 20 calories. 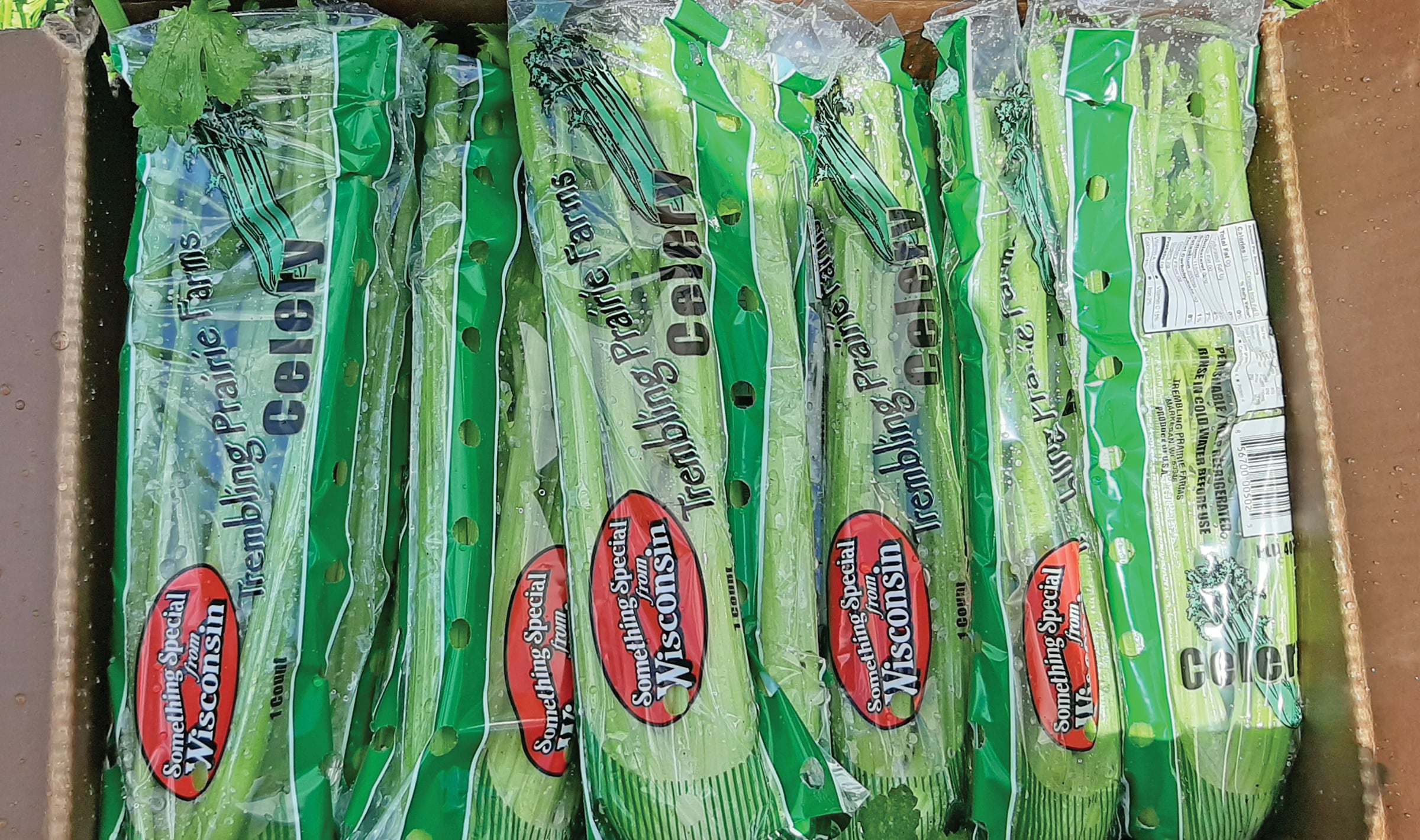 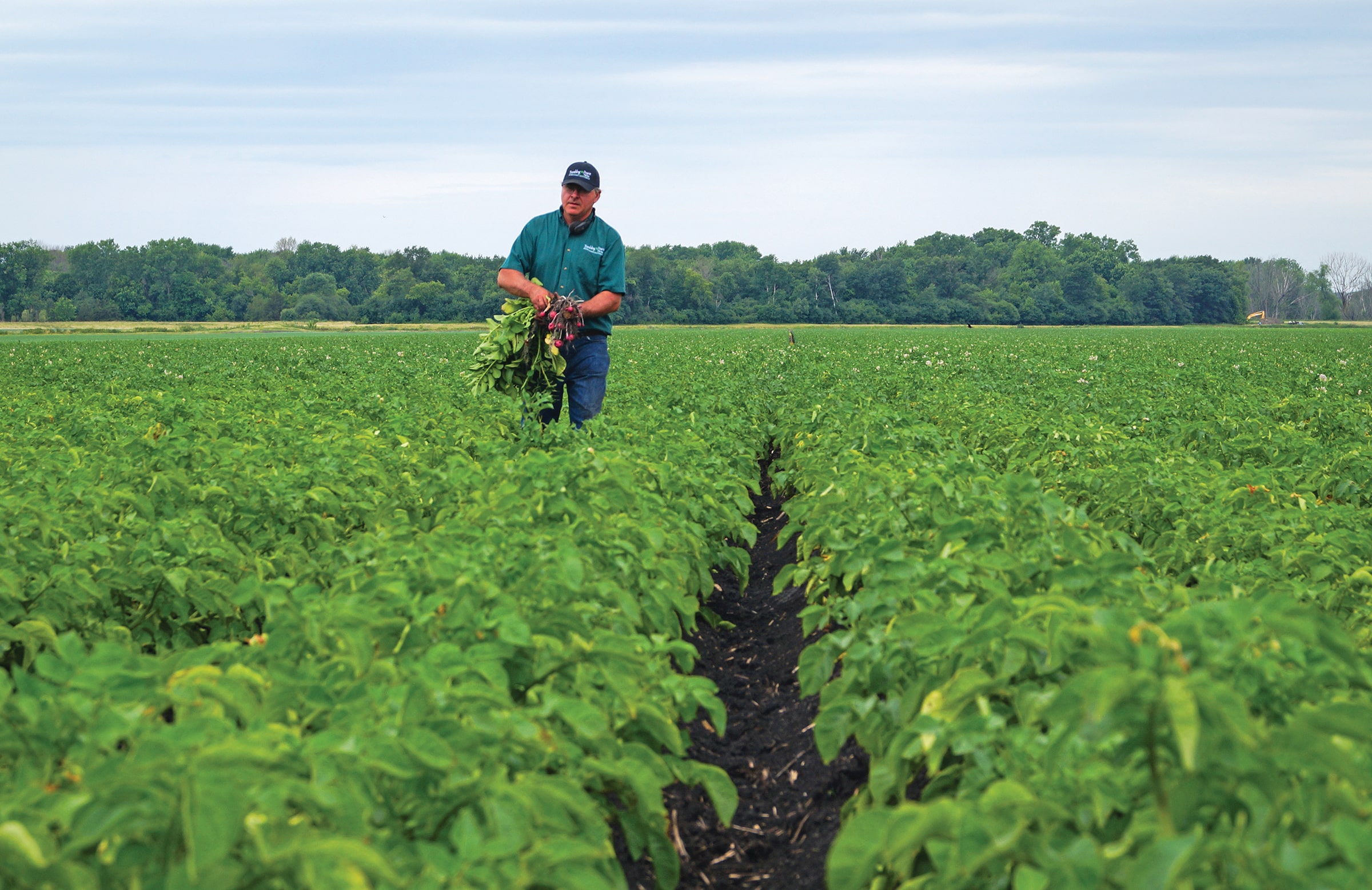 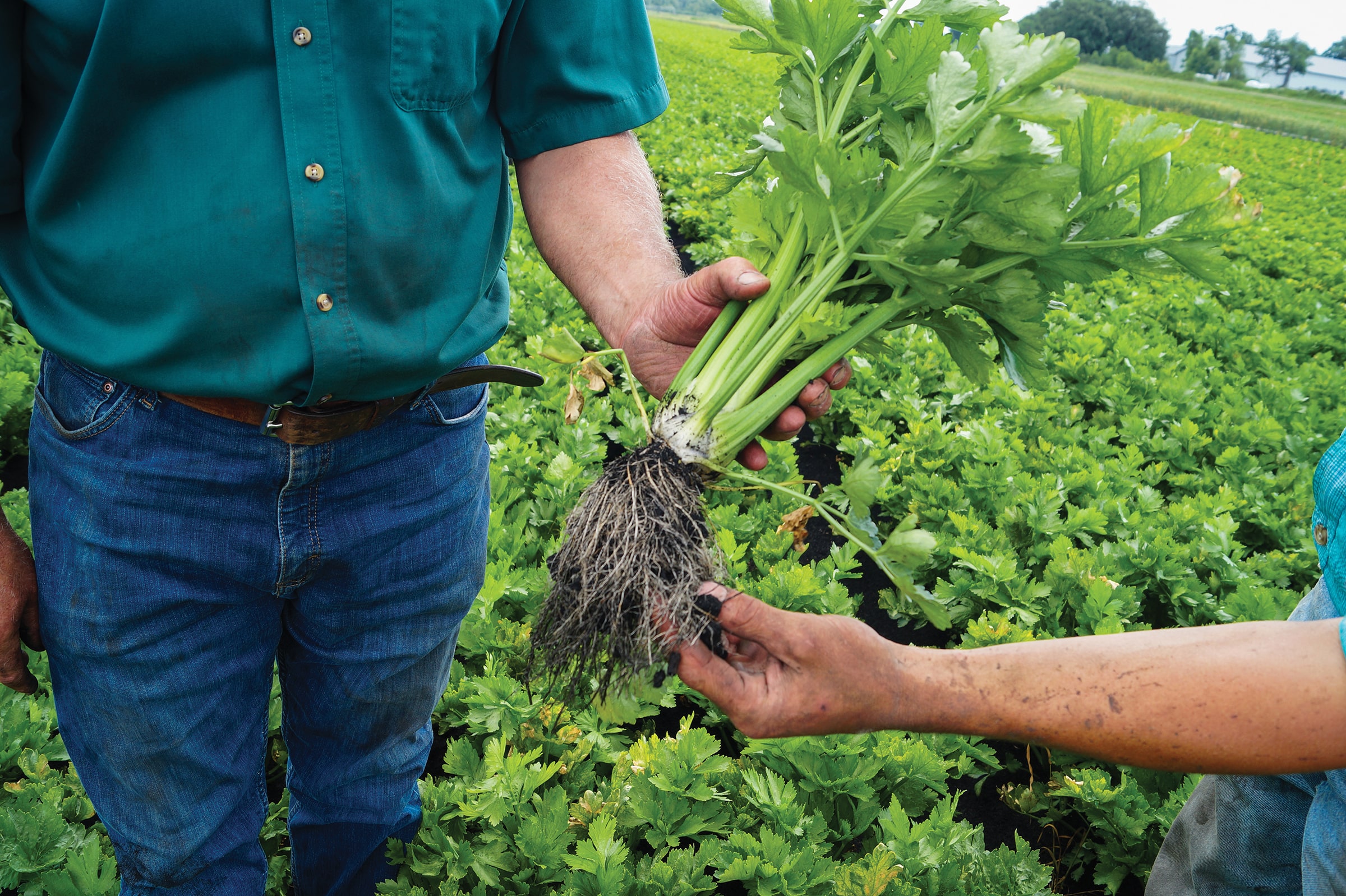 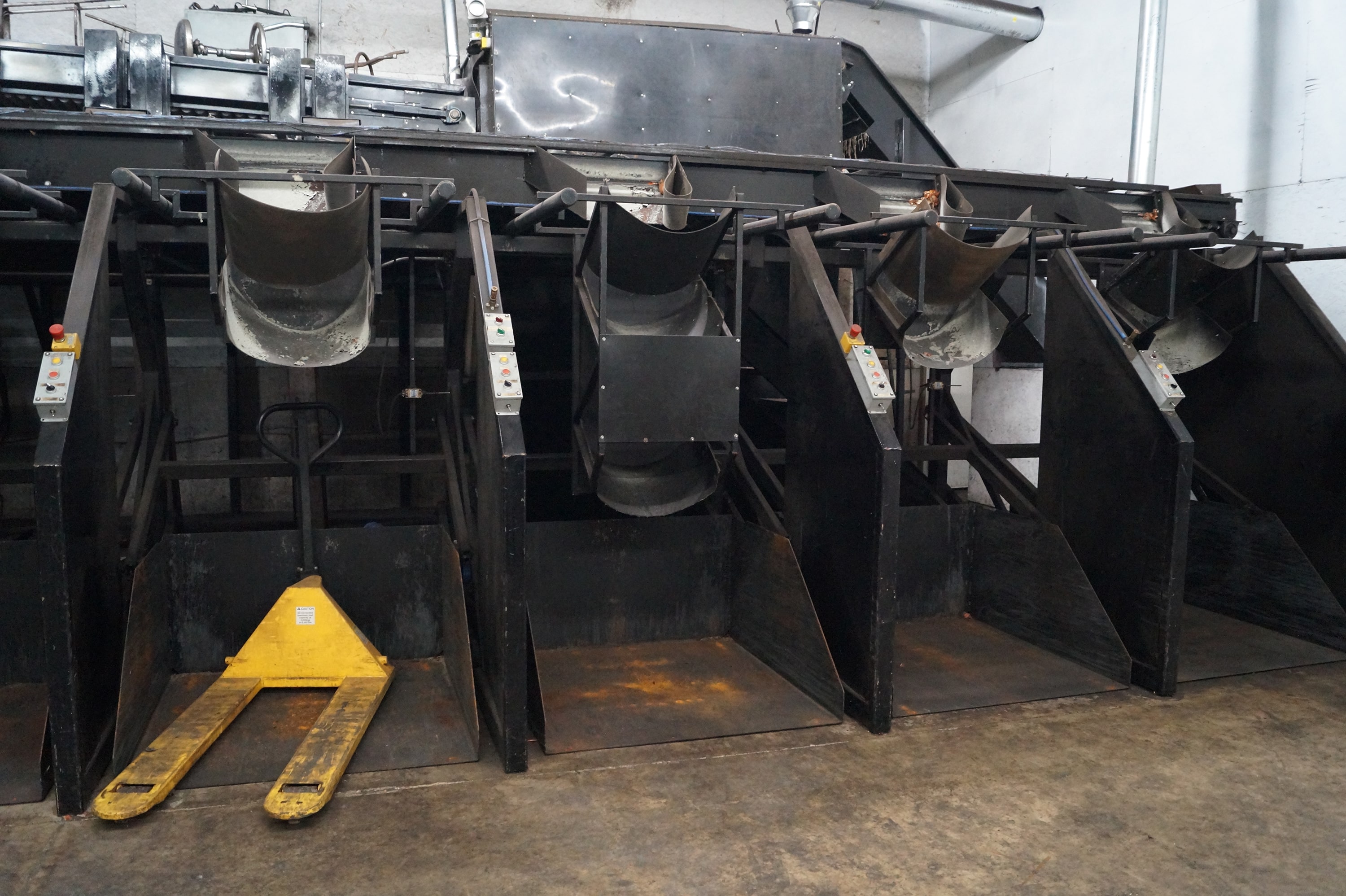 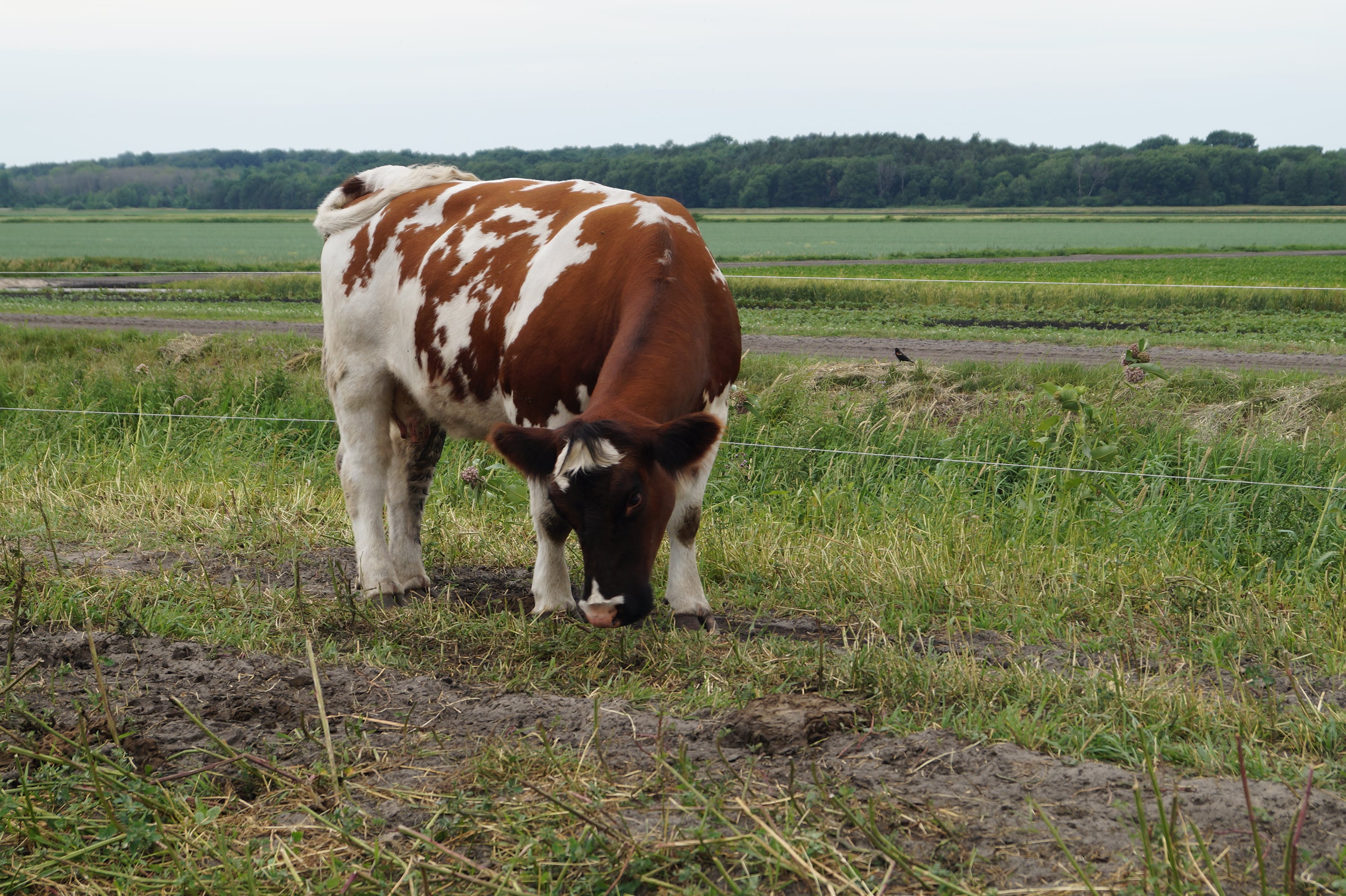 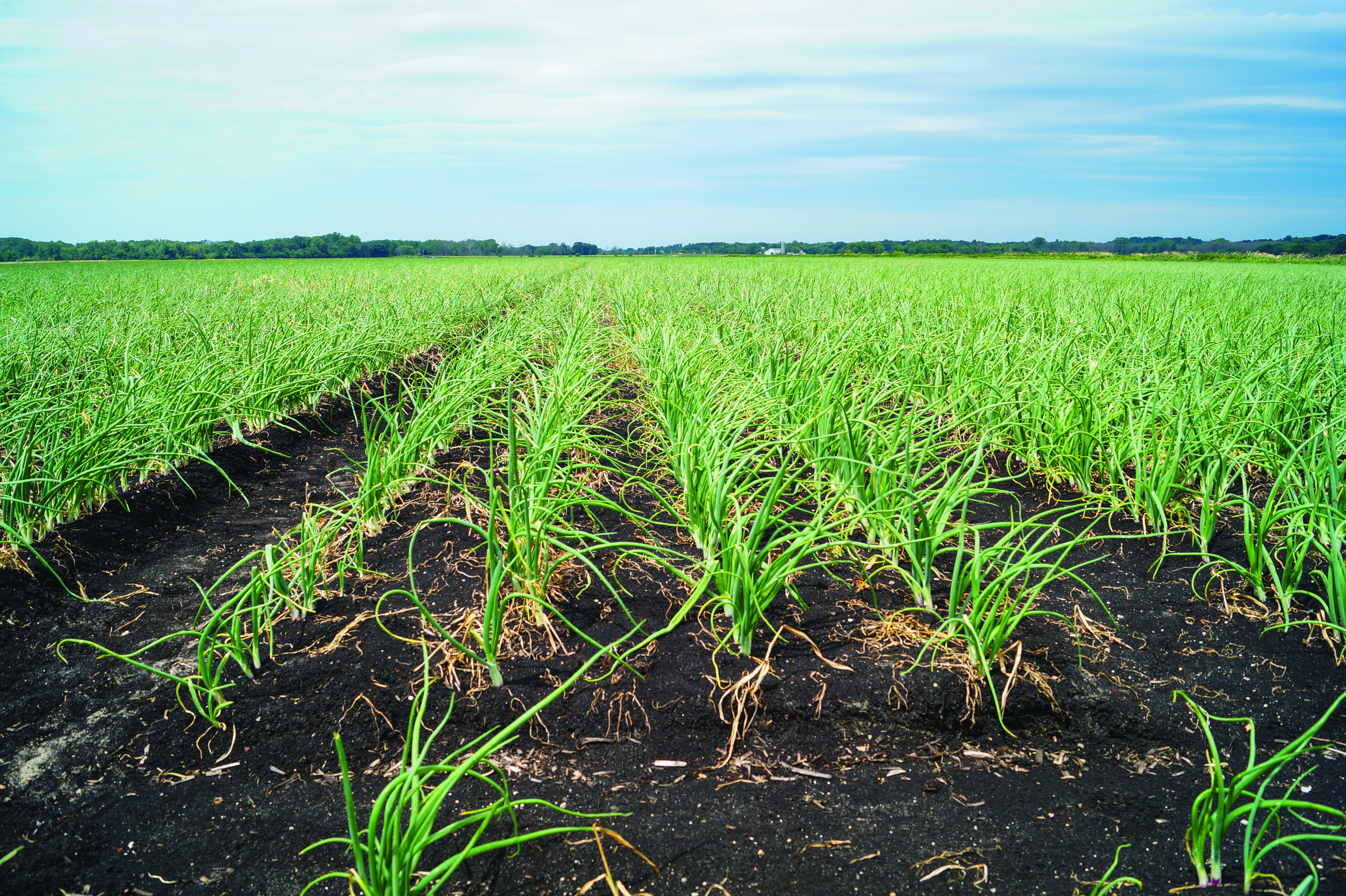 [Show thumbnails]
Onions and Potatoes and Kidney Beans, Oh My

Onions are another focus area at Trembling Prairie Farms.

The farm grows red and yellow onions. All onions are directly sowed from seed.

“We are looking for the onions to be about medium to large in size at harvest,” said John.

Once harvested in August and September, the onions are stored on the farm in climate-controlled storage until about March.

Potatoes are harvested starting in August, which means they are planted as early in May as possible. The majority of the potatoes aren’t harvested until October. The Bobek’s farm in Kinsey, Montana, grows seed potatoes for the farm in Wisconsin.

“There is some good land for seed potatoes in Wisconsin, but Montana is known for it,” said John. “We’ve learned a lot since buying that farm. It hasn’t been easy but with significant investment in the infrastructure and dedicated employees we steadily have grown to 125 acres of certified seed potatoes.”

This year, to carry on the desire of always trying new things, the farm is housing a small acreage of kidney beans.

The farm is working with Chippewa Valley Bean out of Menomonie to process.

According to John the biggest challenge he faces with vegetable crops is marketing.

“The fresh market is really hard,” he said. “You have to have a balance between orders and what you can grow. Alsum Farms and Produce has helped us tremendously in this area.”

But the ups and downs and the trial and error are what John admits makes it enjoyable.

“The challenge of it all makes it fun, right?”

Story and photos by Amy Eckelberg. Originally appeared in the August|September 2022 Rural Route.