Home / Member Profiles / In Their Blood

Farm Bureau Leaders Reflect On Their Journey Into Agriculture

How does one determine his or her true calling? In agriculture, oftentimes an individual is born into a farming family and carries on that legacy. Other times, those callings come from somewhere even deeper.

For Farm Bureau leaders Sara Menard Huber, Bob Nash and Brenda Dowiasch, one might even say their callings to agriculture are rooted in their blood.

Three unique leaders with three unique journeys reflect on how they were called to agriculture, Farm Bureau and the interpersonal connections they have made with fellow agriculturists across the country.

Sara Menard Huber was no stranger to agriculture while growing up in the south. She spent a lot of time watching her father mold the mind of students as an agriculture instructor and FFA advisor in Arkansas and, later, as an Extension educator in Louisiana.

Despite a love of agriculture, Sara pursued a degree in physical therapy while attending Louisiana State University; however, her heart longed to return to her agricultural ties. She visited the University’s food science department to explore options.

“Before I could even explain what I was there for, a student said they were signing me up for the product development team and I could major in food science,” Sara said. “I walked out of there signed up for classes and thought to myself, ‘I guess we are doing this’ and the rest was history.”

“There are so many factors that go into getting a single chicken strip to market,” Sara said. “Factors like bird size, diet, coating flavors, cuts – you name it, we take it into consideration while working with customers.”

Sara finds the most enjoyment in working with customers to build the perfect product. Many customers have longstanding relationships with Brakebush, which is something she is proud to be a part of.

“There are other companies out there that they could work with. They continue to pick us because of the relationships we build with them,” Sara said. “It’s exciting when we come together on a product we are proud of and we get to see it hit the market.”

When Sara moved to Wisconsin after graduating college, she said she was looking to make friends with a similar interest base.

“I was looking to make friends and get involved with the community, which is how I found myself getting involved in Farm Bureau,” Sara said.

Sara is a member of the Adams County Farm Bureau and serves as District 5 Young Farmer and Agriculturist Representative alongside her husband, Jeff. Considering her career and Farm Bureau involvement, Sara said relationships play an important role in her journey.

“Life has a funny way of taking you to the people you need,” Sara said. “The people I have met up until this point have guided my life to where it needs to be and I wouldn’t want to be anywhere else.” 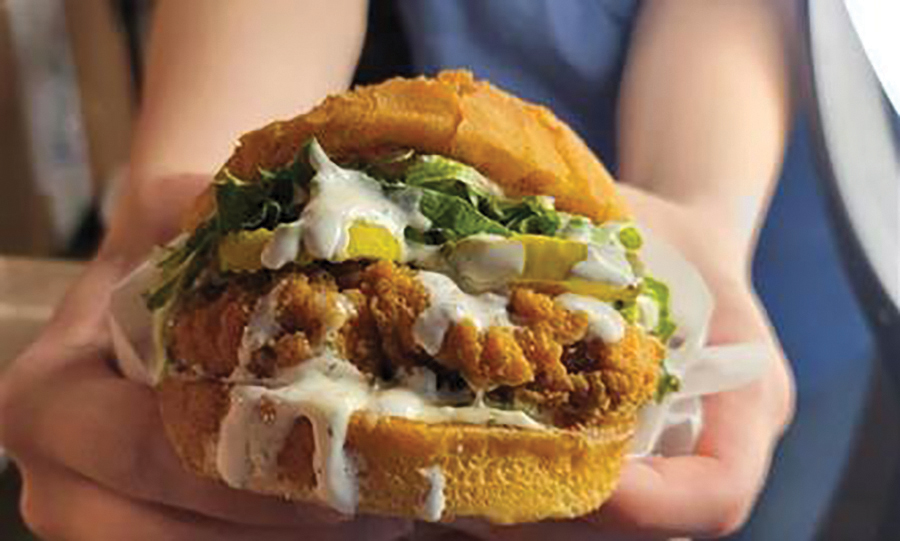 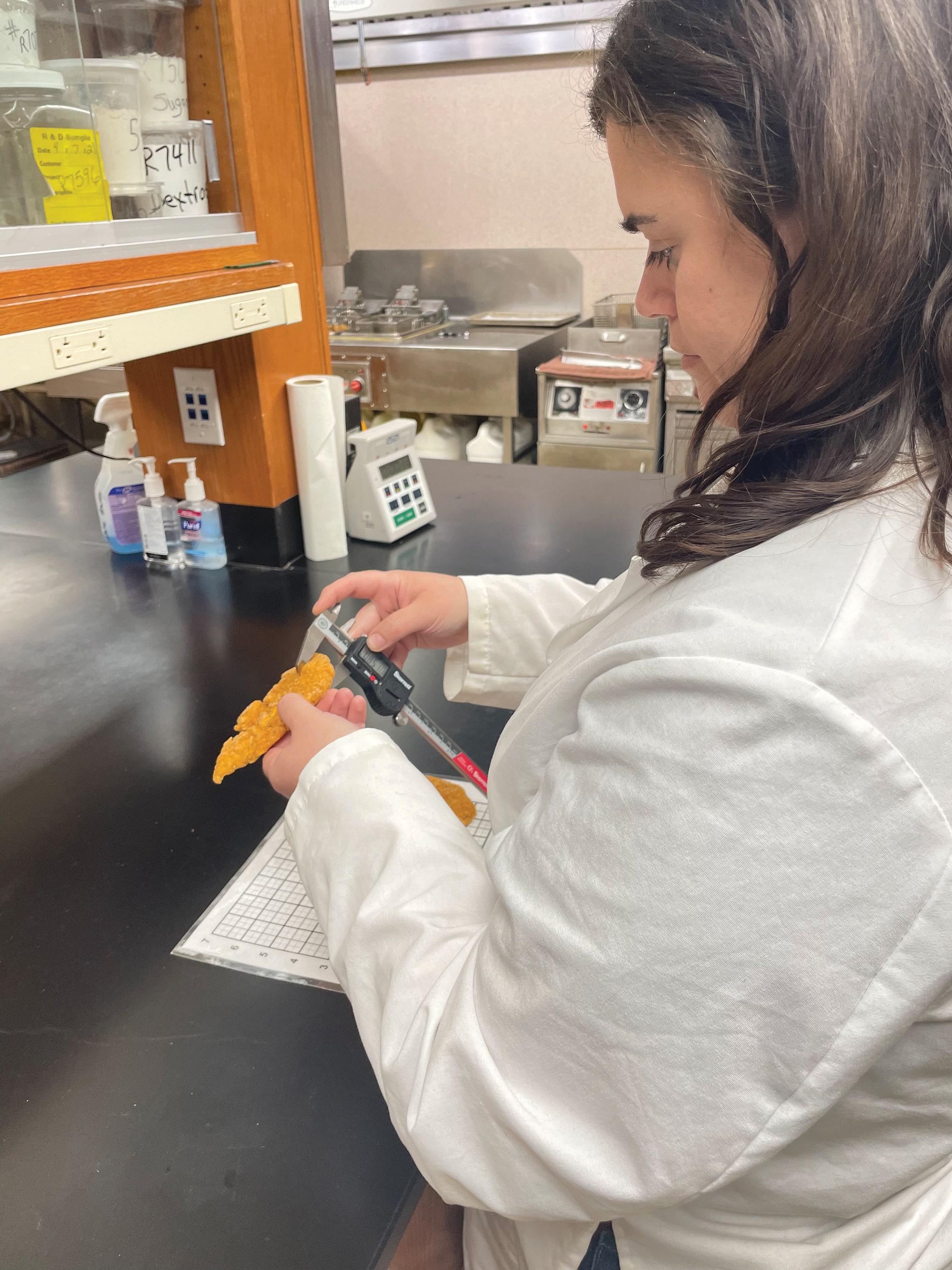 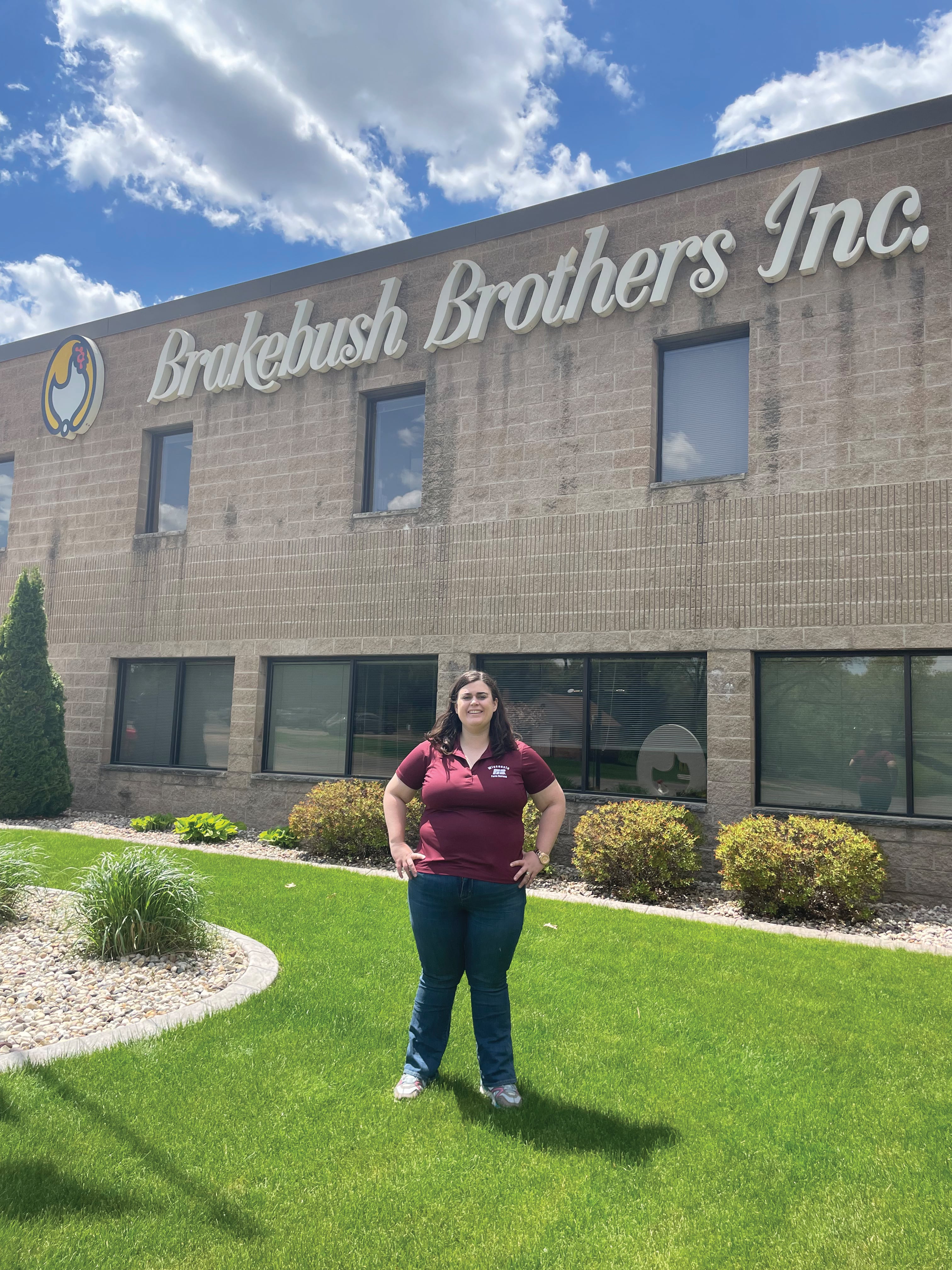 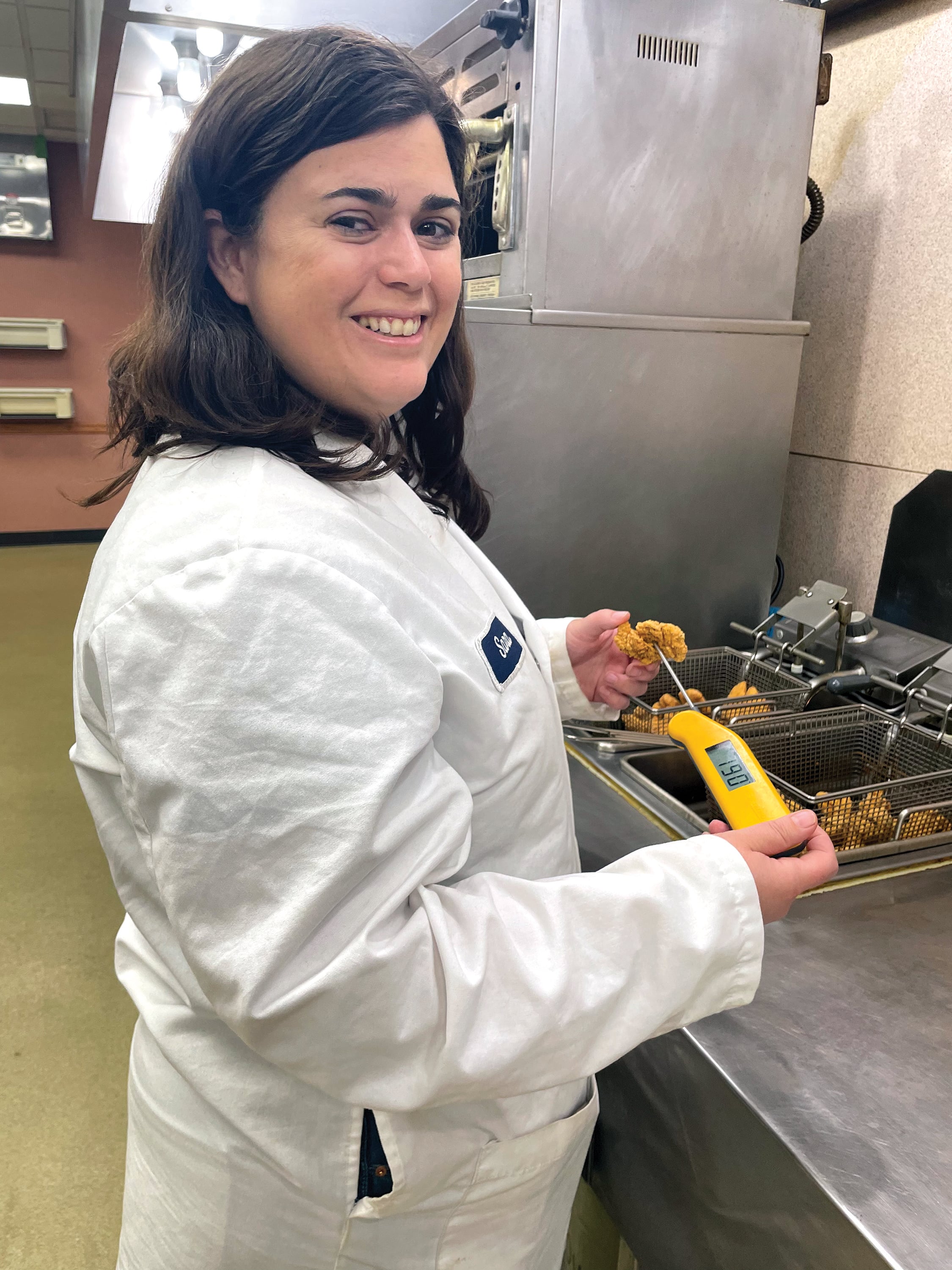 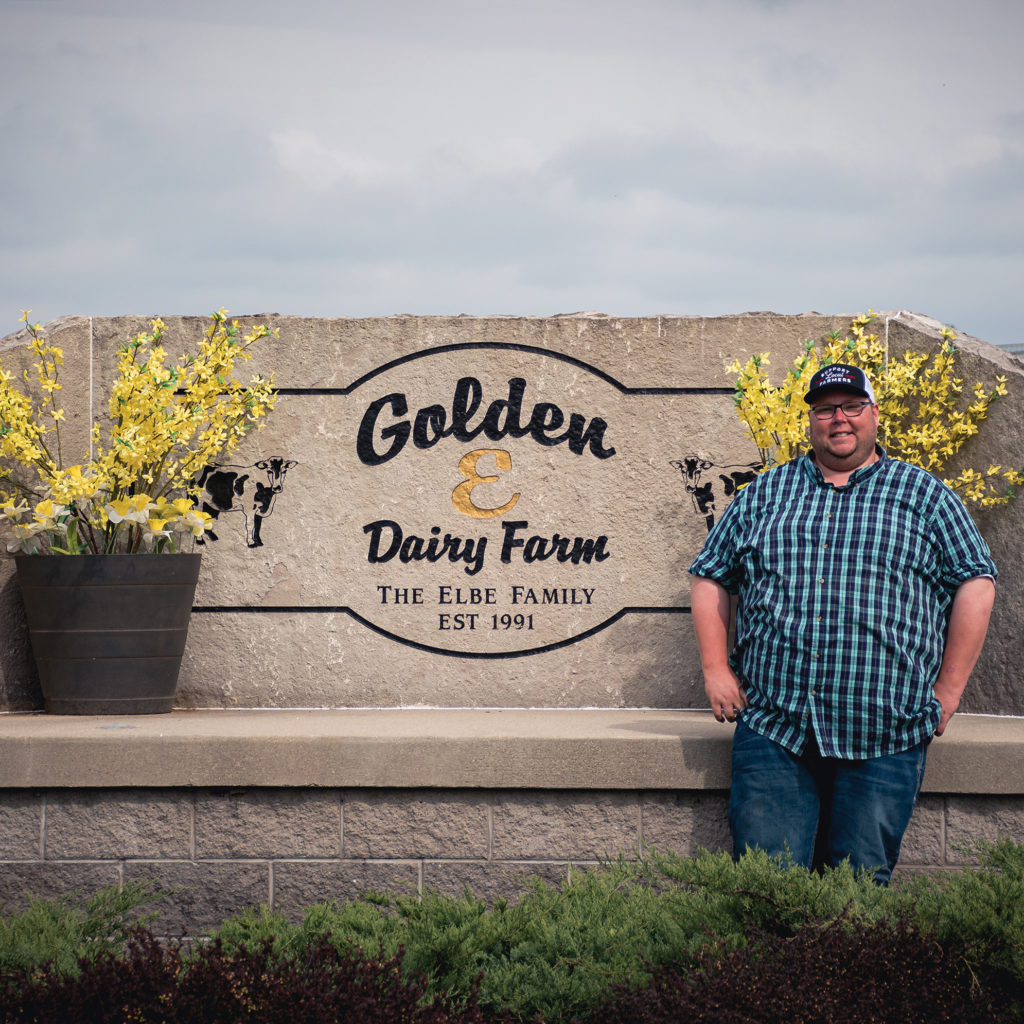 A Man With Many Hats

Ozaukee County Farm Bureau member Bob Nash got started in agriculture at a young age. While he was not born into a farming family, he said he quickly became infatuated with the opportunities a farm could provide him when he was in sixth grade and he began helping at Malichar Broad Acres.

“My parents would drop me off and I would want to stay for weeks on end,” Bob said. “The whole farm atmosphere drew me in and I haven’t been the same since.”

Bob attributes his love of farming to his late mentor Jim Malichar and his family. He recalled the many lessons that working on a dairy farm taught him from a very young age.

“I looked up to Jim in so many ways. When your heroes become your friends, it is a crazy thing,” Bob said. “Early into working for the Malichars, I learned that farmers always finish the job – we keep going because we have a job to get done. You’re impressionable at that young age and I have carried that work ethic they instilled in me.”

Today, Bob works full-time for Ozaukee County as a heavy equipment operator while working nights and weekends for Chris and Tracey Elbe at Golden E Dairy Farm in West Bend.

While he enjoys the different hats he wears in both of his careers, Bob is most grateful for the opportunity to continue farming. He said he looks forward to Saturday mornings the most.

“That’s when I get to feed calves on the farm, which is what got it started for me as a kid. Feeding calves brings me a sense of peace and is my time to think and simply be happy,” Bob said.

In 2006 and 2007, Bob attended UW-Madison’s Farm and Industry Short Course. Upon graduating, he was asked to get involved in the Ozaukee County Farm Bureau by Young Farmer and Agriculturist Chair Rick Roden. Currently, Bob is serving as the state YFA Chair, serving on Wisconsin Farm Bureau’s Board of Directors.

Bob is thankful for the friendships he has made since becoming a Farm Bureau member.

“The people I have met across the state and country are phenomenal,” Bob said. “Without the support of all of the friends I have made in Farm Bureau, I wouldn’t be in the role that I am today.”

A self-proclaimed ‘people person,’ Bob said the relationships he has built on and off the farm have had the greatest impact on his life. He is thankful for the opportunity to represent YFA members and to serve on the Board of Directors among some of the state’s top agriculture leaders.

“I put a ton of pressure on myself to make the right decisions,” Bob said. “People are what make the farm and are what make the Farm Bureau, too. They are the people who gave me the opportunities to get involved and my goal is to do what I can to make them proud – both as a farmer and as a leader.”

Bob encourages fellow Farm Bureau members to take advantage of the opportunities available to them as members.

“You really get the full experience by getting involved, going to conferences and making friends with other members,” Bob said. “Use these opportunities – they pulled me in and changed every aspect of my life.” 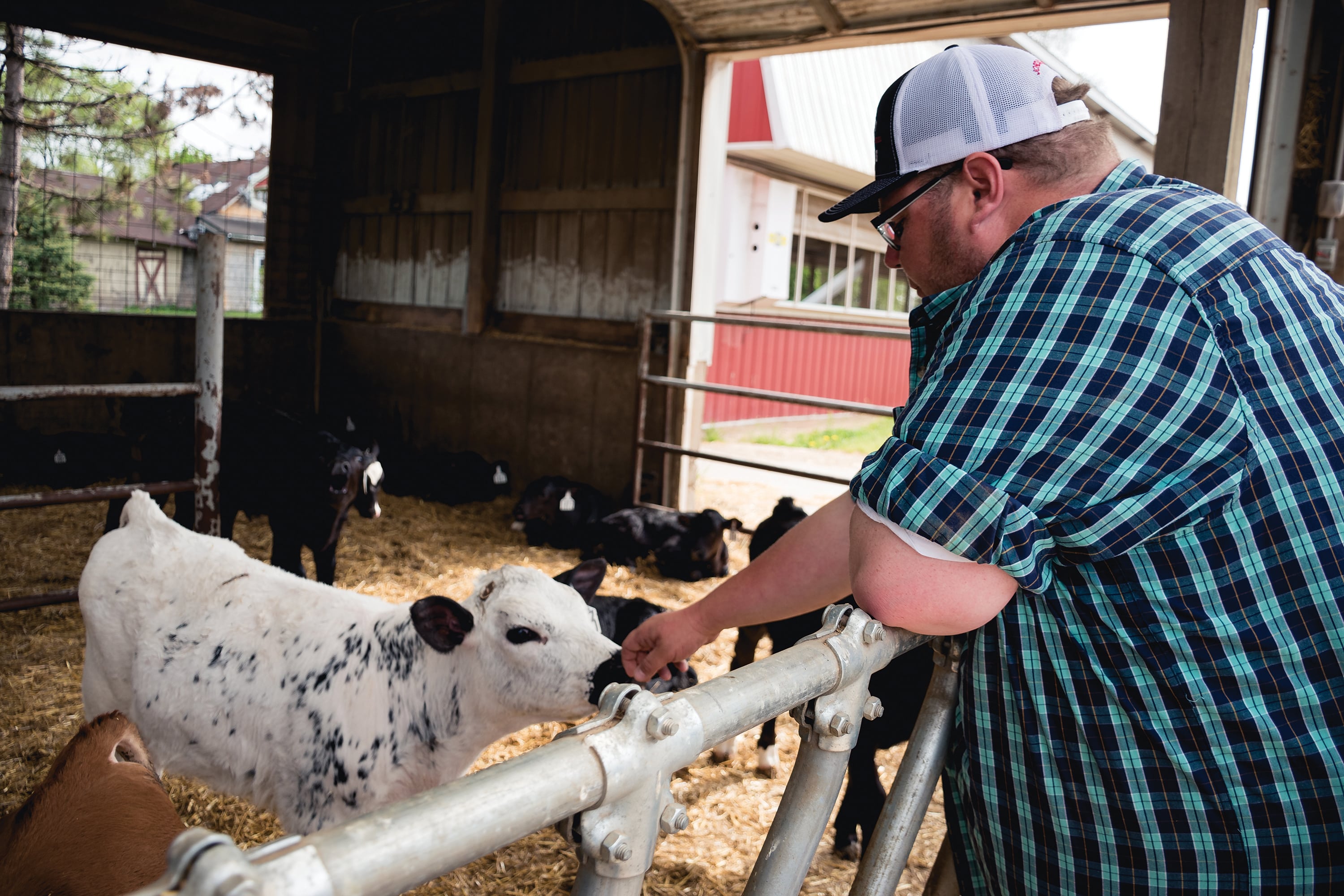 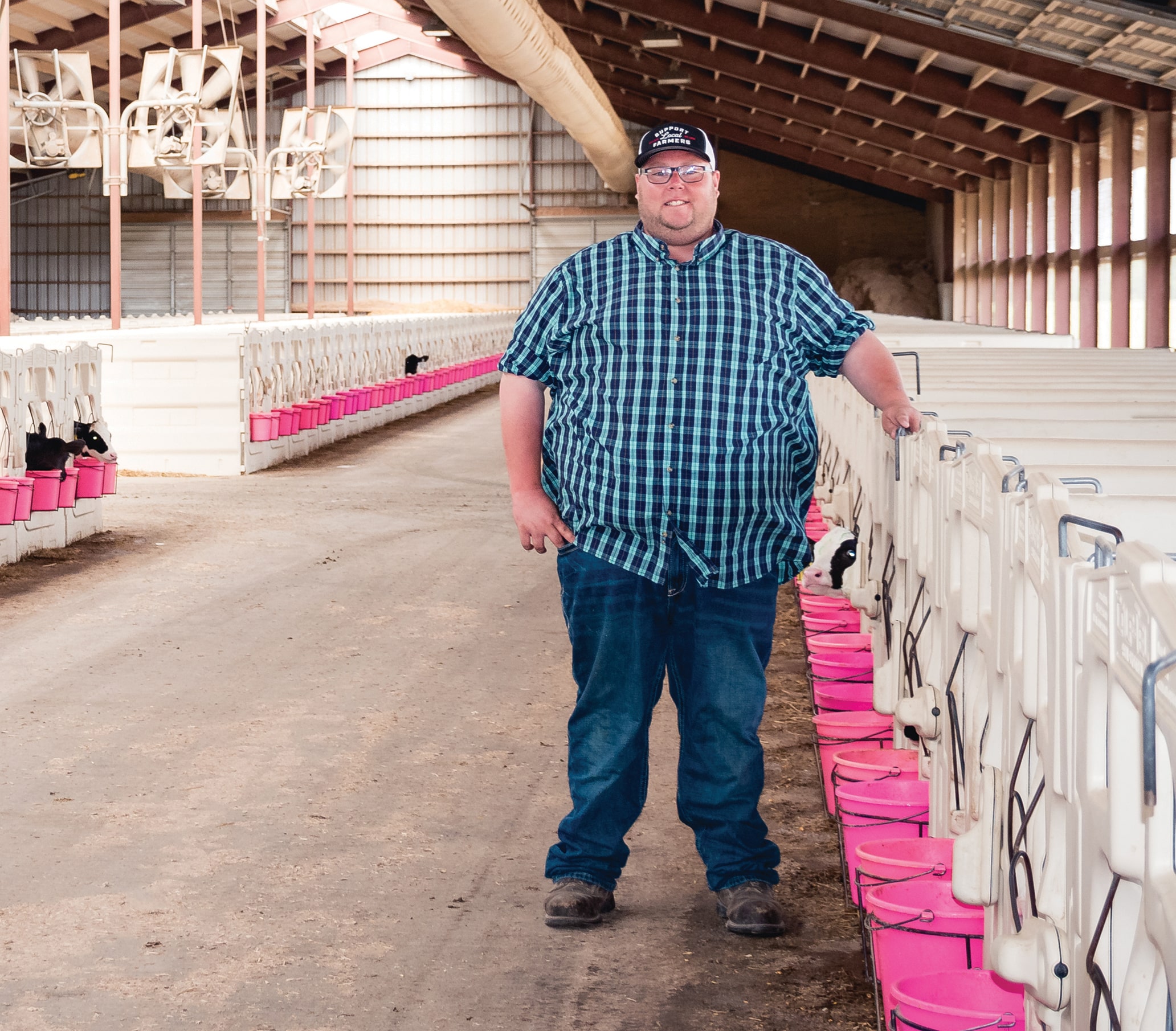 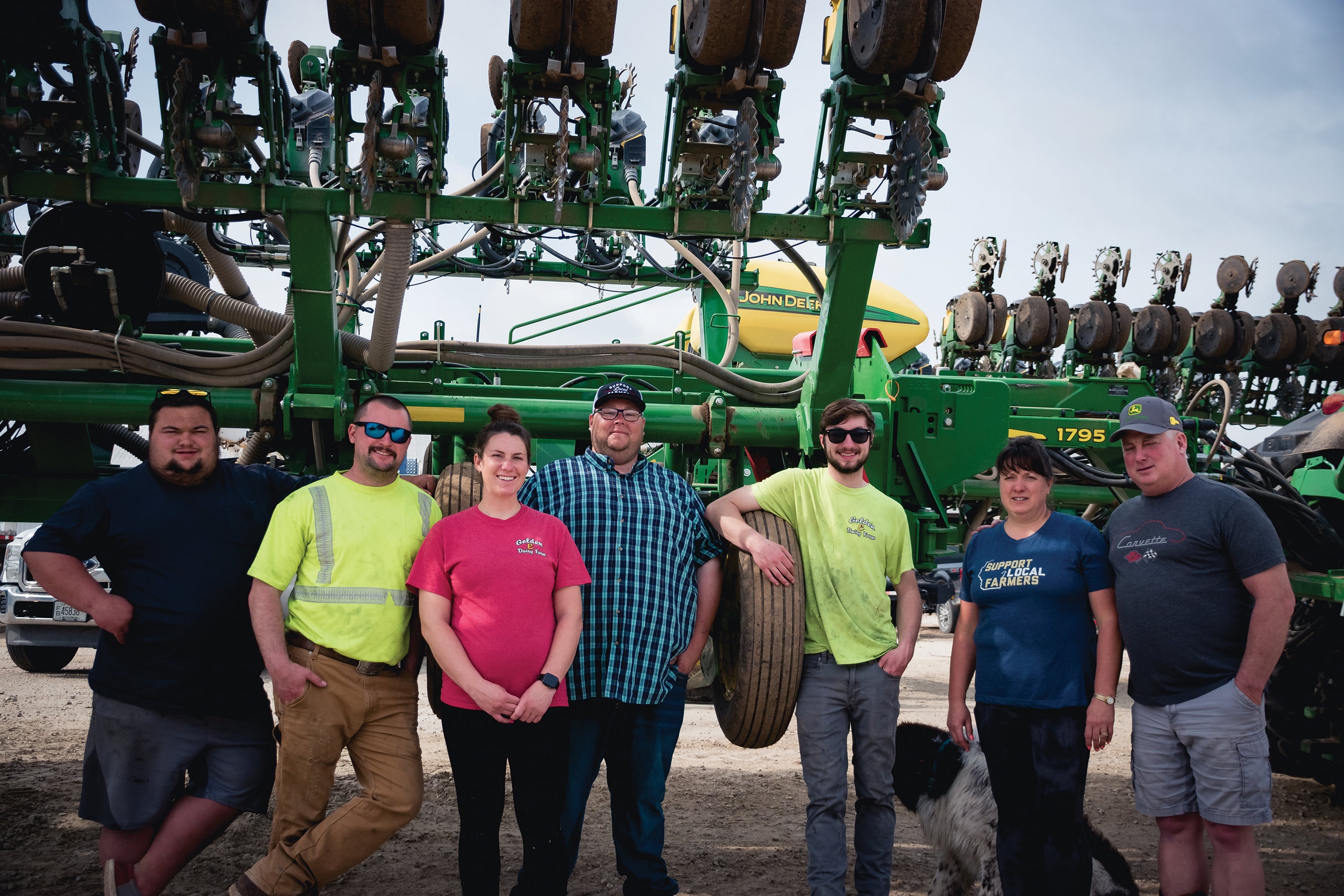 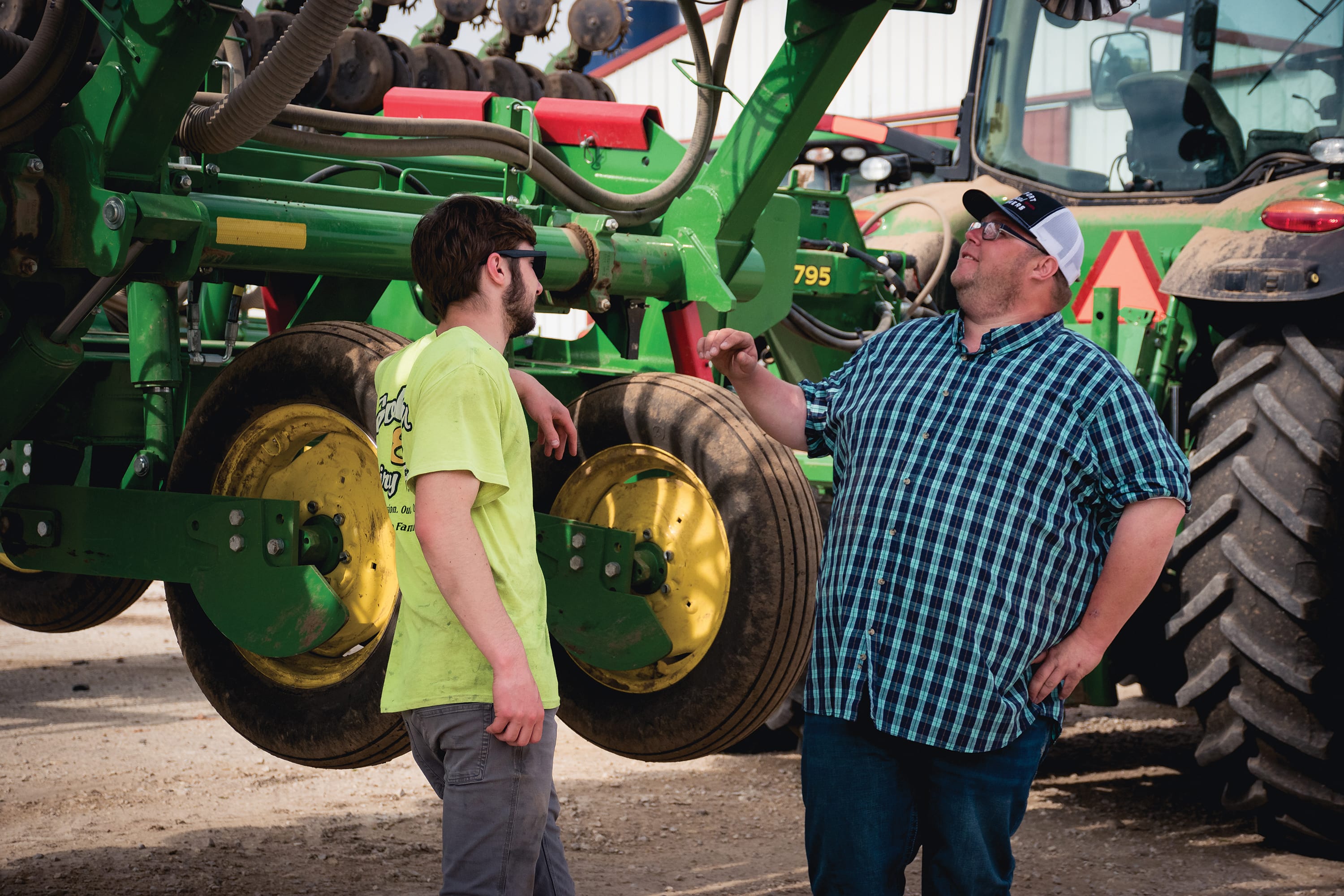 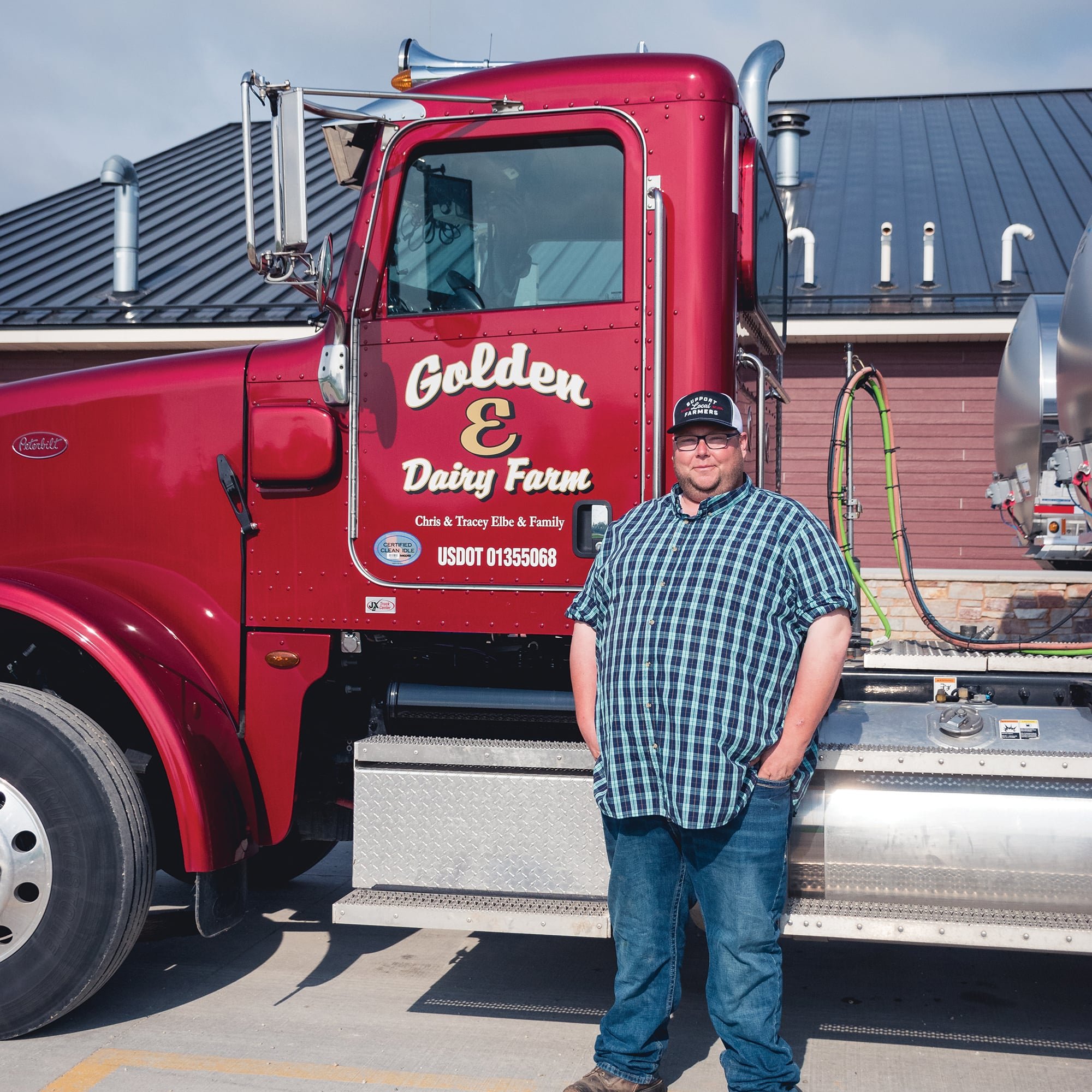 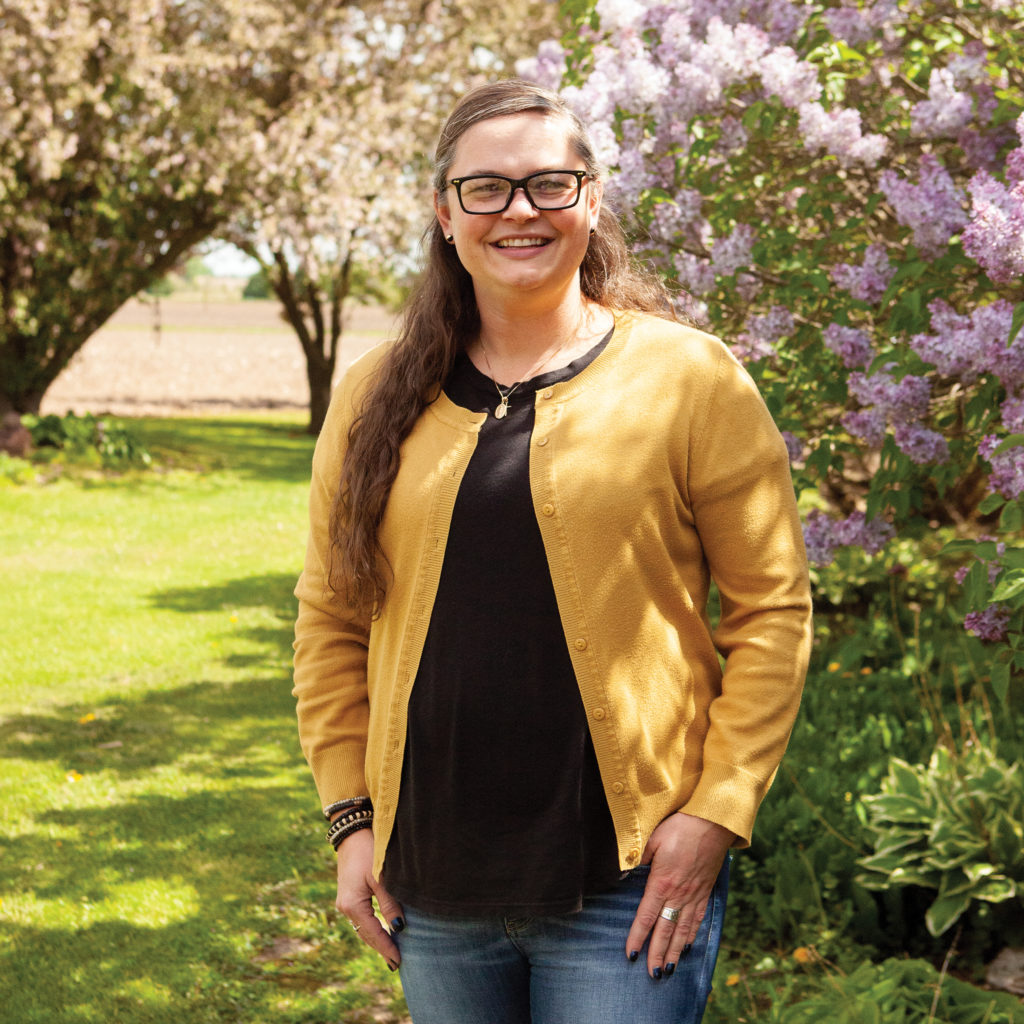 The Value in Giving Back

From her upbringing on her family’s dairy farm in Eau Claire County, Brenda Dowiasch’s roots in agriculture started from an early age.

“I was always helping with chores and anything that needed to be done on the farm,” Brenda said. “My interest in agriculture really started to be shaped from there.”

Throughout her youth, Brenda was actively involved as an FFA member. She served in numerous leadership positions and participated in competitive roles before eventually obtaining her American FFA degree. In 2002, Brenda also applied for and was named the Wisconsin Honey Queen. In her role, she realized the value of getting involved as a leader representing agriculture.

“Serving in those roles and being a part of organizations, that’s where my passion was,” Brenda said. “It is interesting the path that life takes you on to ultimately shape you into the person you are meant to become.”

As a farm loan officer, Brenda enjoys being able to help others take advantage of prospective ways to grow and better their farms.

“Whether they are the next generation or the first generation, the greatest part of my job is being able to help farmers take advantage of their own opportunities,” Brenda said. “Regardless of if they are looking to buy the farm or just a piece of equipment, I enjoy helping them move forward.”

Brenda became an Eau Claire County Farm Bureau member in 2018 and was quick to get involved. She has served on her county’s Farm Bureau board for four years and currently serves as president.

“Although Farm Bureau hasn’t been in my life for generations, it didn’t take me long to see the amount of value and opportunities to get involved that this organization has,” Brenda said.

Brenda became the District 4 Promotion and Education representative in 2020 and now serves as the state committee representative and on WFBF’s Board of Directors. She enjoys being a representative of an initiative that she thinks is more important now than it has ever been before.

“Even in small communities, so many people are surrounded by farms or fields but do not understand what truly goes on within them,” Brenda said. “If we do not take advantage of having a seat at the table, somebody else will and that’s one big, missed opportunity to share our stories in agriculture.”

Appreciative of her chances to get involved, Brenda encourages others to get engaged when they have the chance to do so.

“The big picture is – no matter if it is in Farm Bureau, your local church or another organization near and dear to you – give back to those who have given to you,” Brenda said. “If you see value in something, take the time to get involved and consider serving as a leader; you never know who you might inspire.” 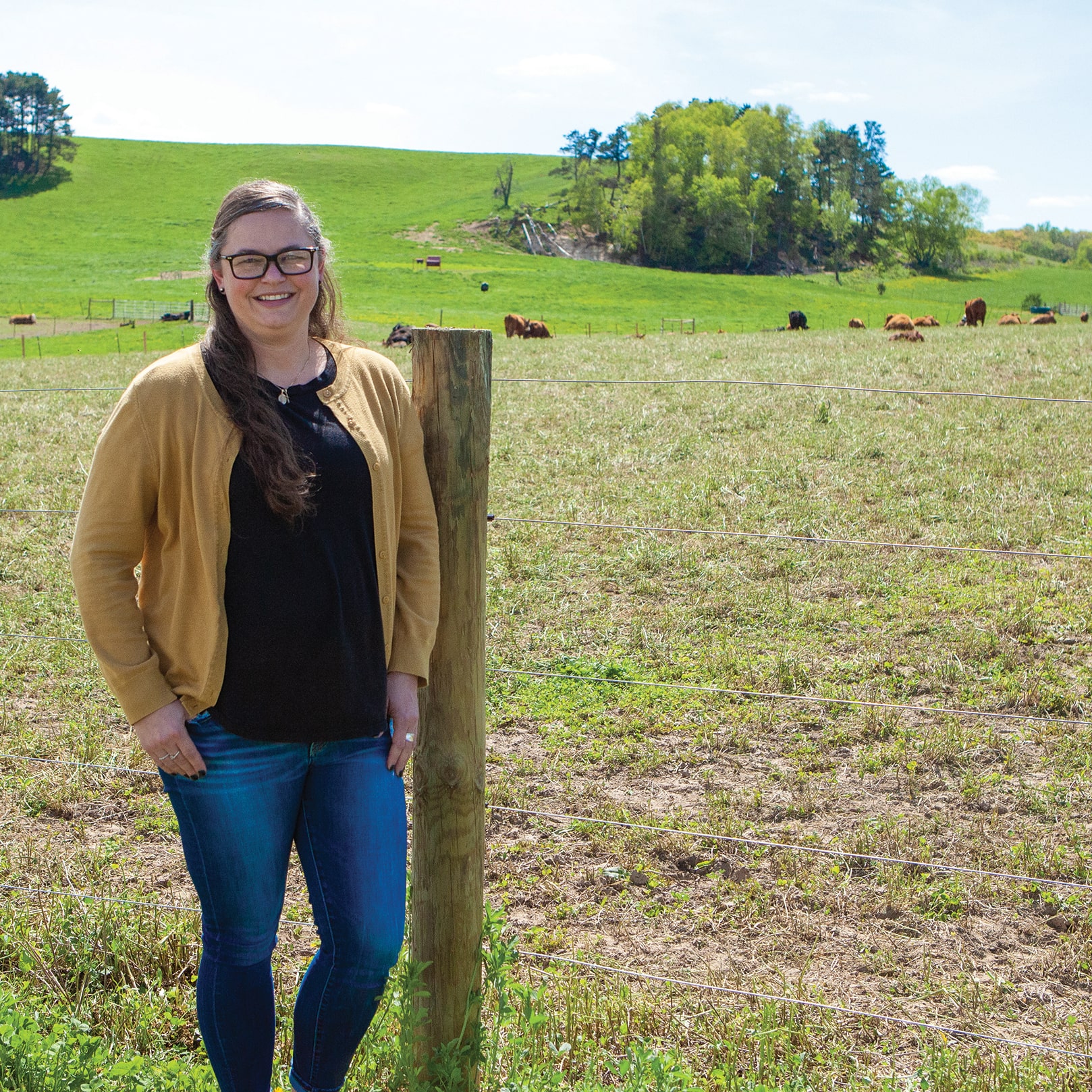 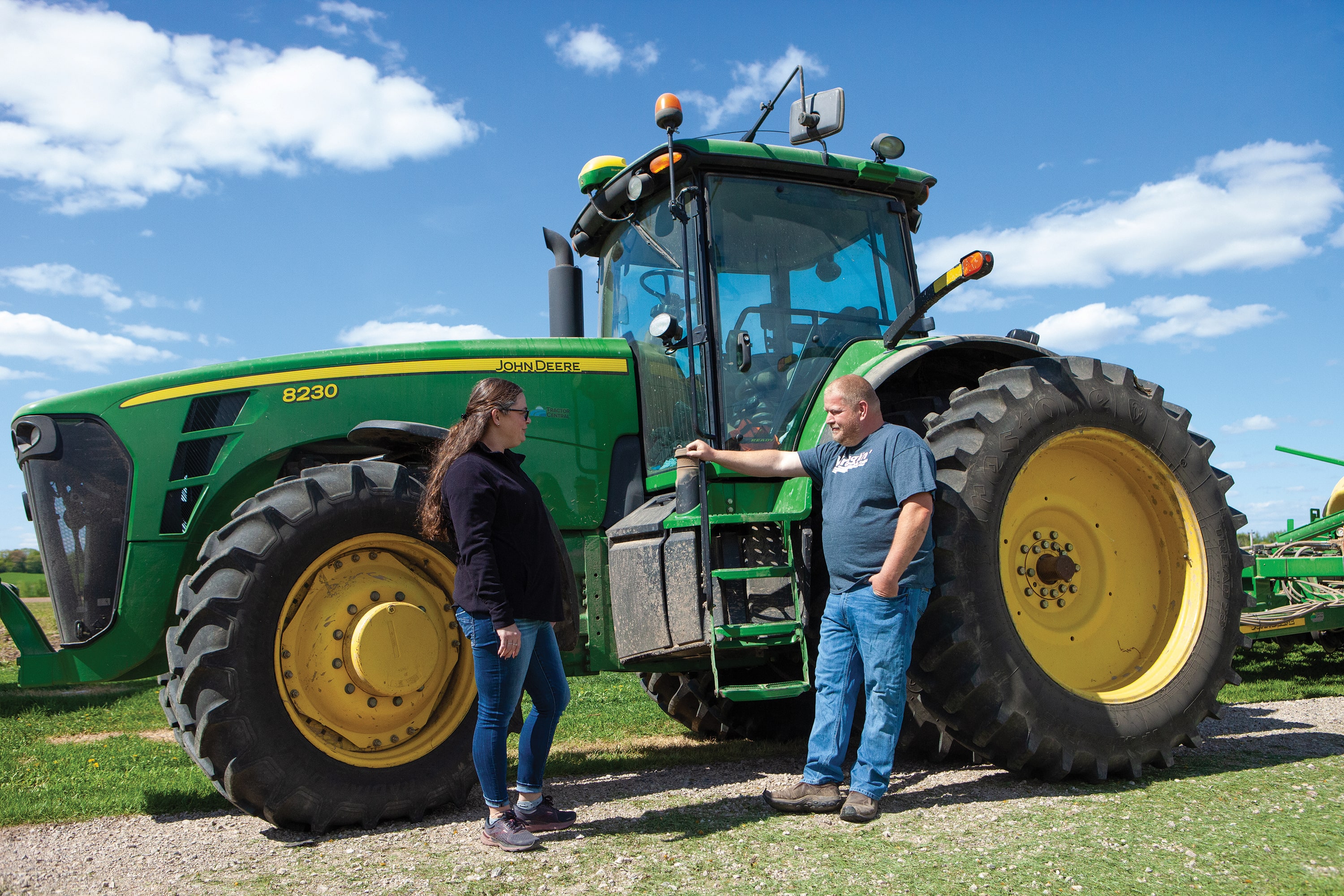 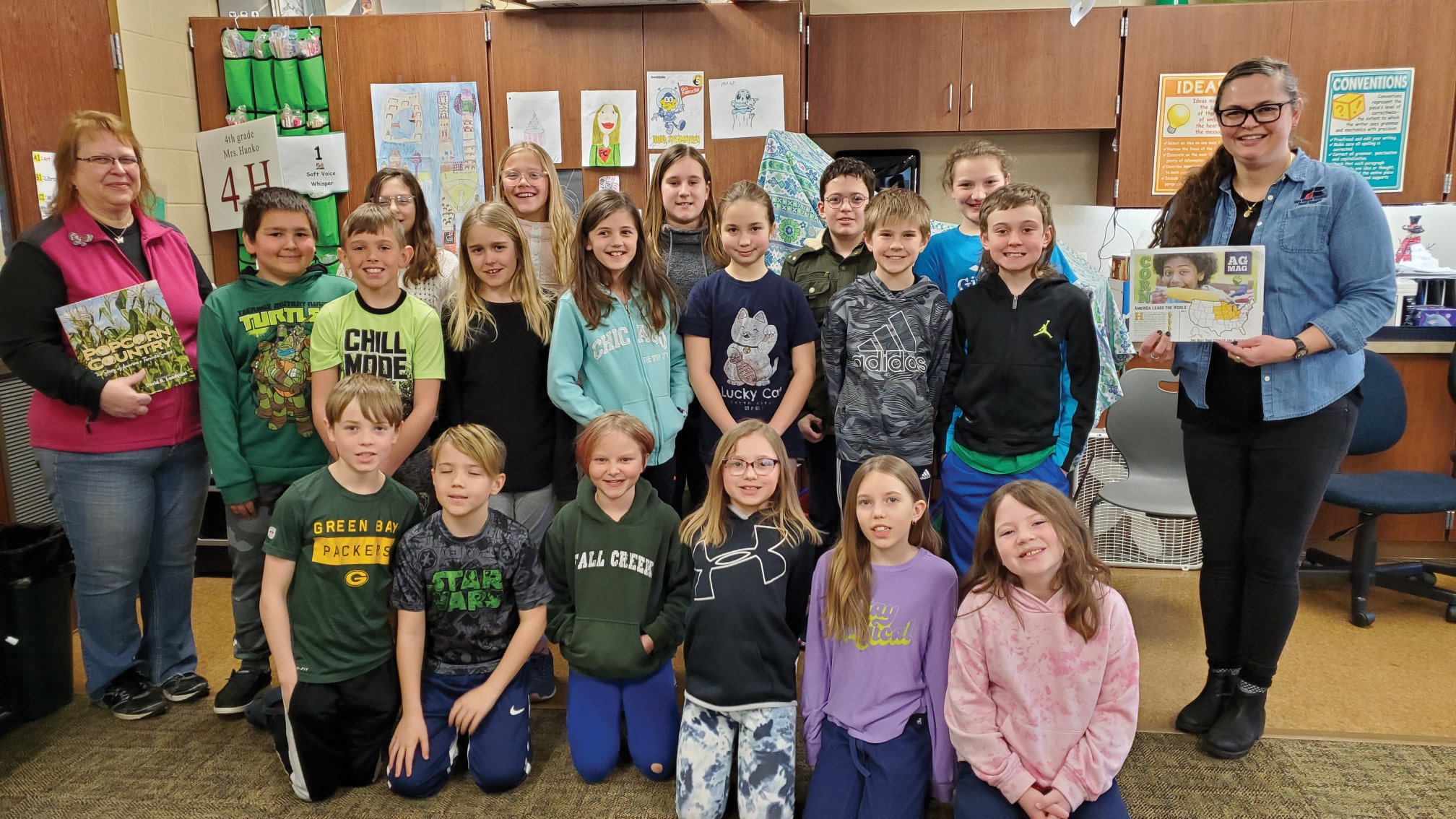