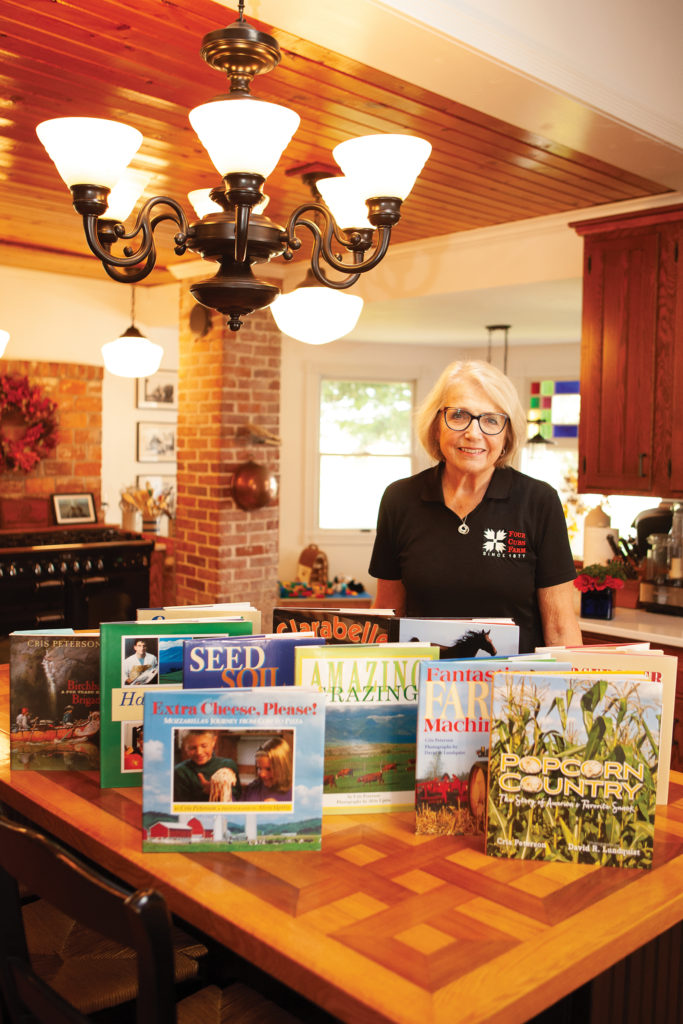 Although Cris Peterson was neither born nor raised on a farm, she certainly got to one as soon as she could. For the past 49 years, Cris has been farming with her husband, Gary, on their family’s dairy farm, Four Cubs Farm, in Grantsburg. Throughout her years as a dairy farmer, Cris discovered a passion for writing that has led her to write 12 award-winning children’s books focused on agriculture. Her son Ben and his wife Nicki are the farm’s fifth generation and have added craft brewing to the mix, which allows the farm to reutilize distillers grains by topdressing the herd’s feed supply.

Bovines: Where it all started

Born and raised in Minneapolis, Minn., dairy farming is not a part of Cris’ backstory. However, as her family traveled to visit their lake house in Grantsburg in the summers of her youth, Cris found herself falling for a boy named Gary, whom she later married upon graduating from the University of Minnesota.

“I went directly from a sorority house with 33 women to a farm with 33 cows,” Cris said. “It was a hard adjustment, but it was also something I had always wanted.”

Immersing herself in the farm, Cris soon found herself thriving.

“Everyone is always looking for something bigger, something better; I was so thrilled to be in Gary’s family farmhouse,” Cris said. “In this small community, we had no other options. So, I bloomed where I was planted.” 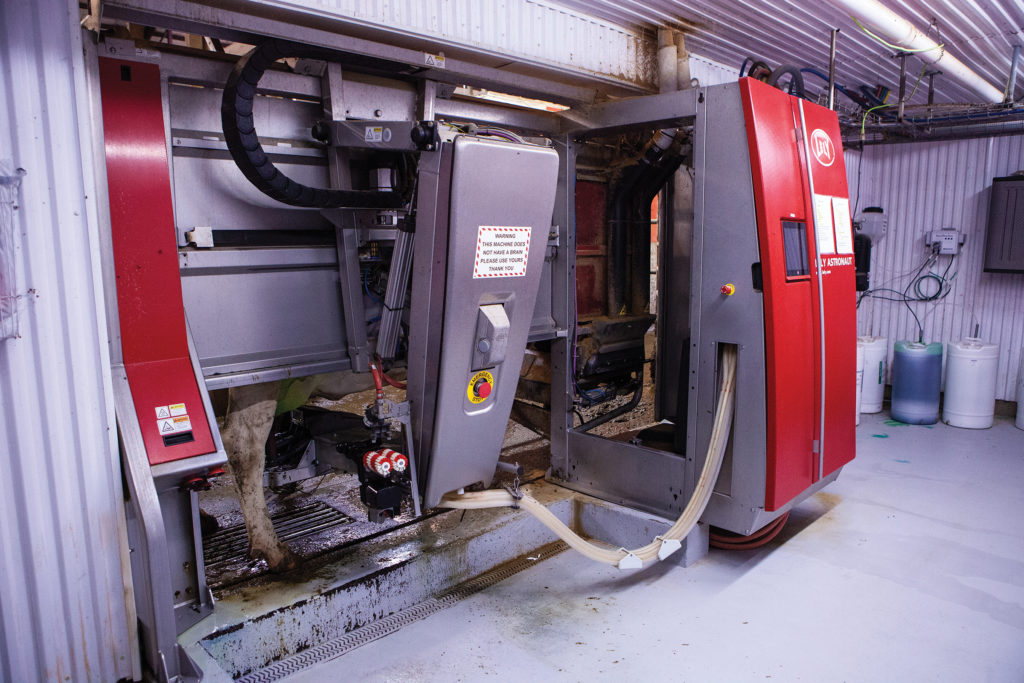 The couple milked 45 cows in a tie-stall barn until their son, Ben, came home to farm in 1998. The farm expanded progressively over time to 800 cows with a milking parlor until a barn fire devastated the family on Nov. 1, 2017. The fire consumed the farm’s original barn which housed the milking parlor, and for the first time since the late 1800s, cows were not milked at Four Cubs Farm.

“Our cows went all over Northwest Wisconsin,” Cris said. “Thanks to neighbors, friends and even complete strangers, 860 cows were sent to different farms to be cared for as we recovered from the fire.”

Over the course of five months, the freestall facility was retrofitted to install 16 robotic milking units. By October 2018, the farm was back to milking at full capacity. Today, Four Cubs Farm milks nearly 1,000 Holstein cows averaging 3.1 milkings per day.

Farming isn’t a walk in the park and Cris realized that. She recalled a day on the farm when her frustrations got the best of her.

“I was so frustrated on the farm, and I remember crying out to God, ‘You told me to do this!’” Cris said. “Almost immediately, I felt this voice in my ear tell me, ‘Write children’s book reviews.’”

Cris began reviewing children’s books for her column, Huckleberry Bookshelf. The column grew from the local paper to the Wisconsin State Journal to the St. Paul Pioneer Press. Soon, children’s books were arriving at Cris’ doorstep day after day.

“Publishers were sending me copies of books for me to review,” Cris said. “Every room in my house had shelves filled with books.”

Eventually, a national syndicate from Kansas City, Mo. reached out seeking Cris’ column, stretching it to nearly every corner of the country.

Her love of writing didn’t stop with the column. An unusual experience on the farm led to her next writing venture.

“When my daughter, Caroline, was knee-high to a grasshopper, I remember a day when we looked out to the pasture and saw a cow laying on its side,” Cris said.

The cow was delivering a breech calf and Cris stepped in to assist with the delivery. Once delivered, the calf was struggling to breathe.

“I remembered reading somewhere that you could do mouth-to-mouth on a calf, so that’s what I did,” Cris said. “The calf, which we named Breathless, survived and I knew I had a story to tell.”

The experience inspired her to write her first story and Cris found a love for children’s writing.

“Extra Cheese, Please!” was Cris’ first book to be published in 1994. Since then, more than 100,000 copies of her books have sold nationwide and have received awards including numerous Book of the Year accolades for both Ohio and Wisconsin Farm Bureau Federations and the Wisconsin Library Association Outstanding Children’s Book in 1996.

The writing process for Cris’ books almost always begins with the title.

“The title is number one for me; I want kids to have a sense of ‘Wow, I didn’t know that,’ which starts with a well-written title,” Cris said.

From there, Cris crafts the story around the title. From idea to publish, each book takes an average of two years to complete writing.

Cris is the author of the 2021-2022 Wisconsin Ag in the Classroom Book of the Year entitled “Popcorn Country: The Story of America’s Favorite Snack.” The idea for the book came to Cris after hearing a fun fact about the snack.

“I was once told that if an acre of popcorn were to pop in the field, it would look like a foot of snow was on the ground,” Cris said. “I’m trying to encapsulate a sense of wonder; I cannot grasp a story until something about it takes my breath away.” 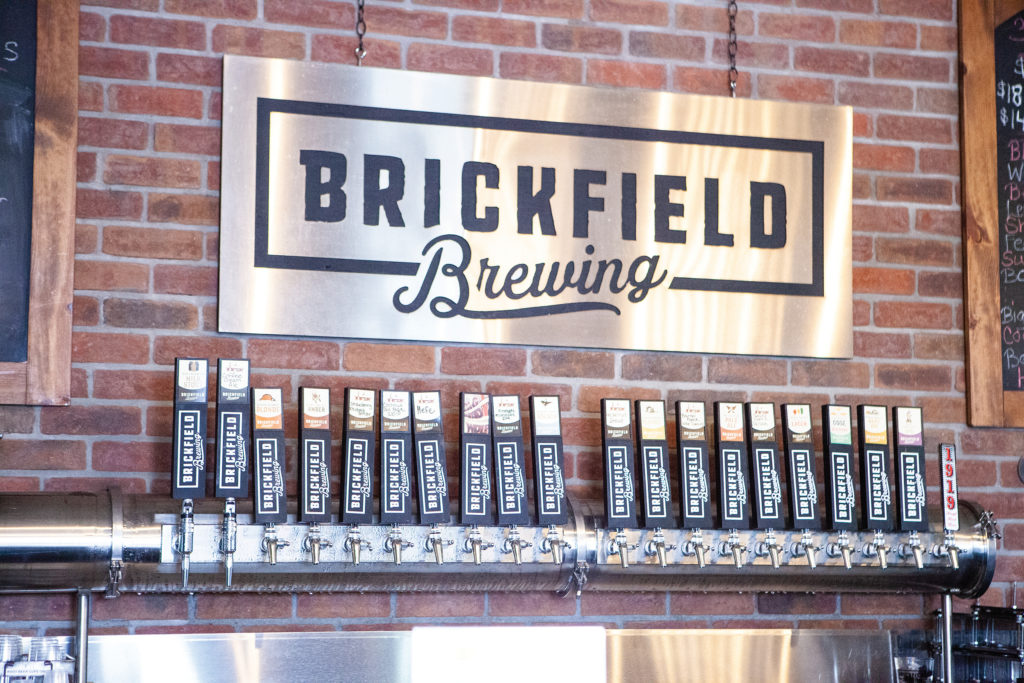 Ben and Nicki decided to purchase a building in Grantsburg in the fall of 2017. Originally a creamery built in 1919, the building was initially purchased to serve as office space for Nicki’s marketing business, Spry Content. However, the character and history of the building had them dreaming of even more.

The idea for a microbrewery was born. When the business model for Brickfield Brewing came together in 2018, the couple wanted to tie the new business to their family’s fifth-generation farm.

“Their vision is ‘grain to glass,’” Cris shared.

The couple grows barley that is custom malted into their beers. Additionally, spent grains leftover from the brewing process are taken to the farm where they are fed to the cows. 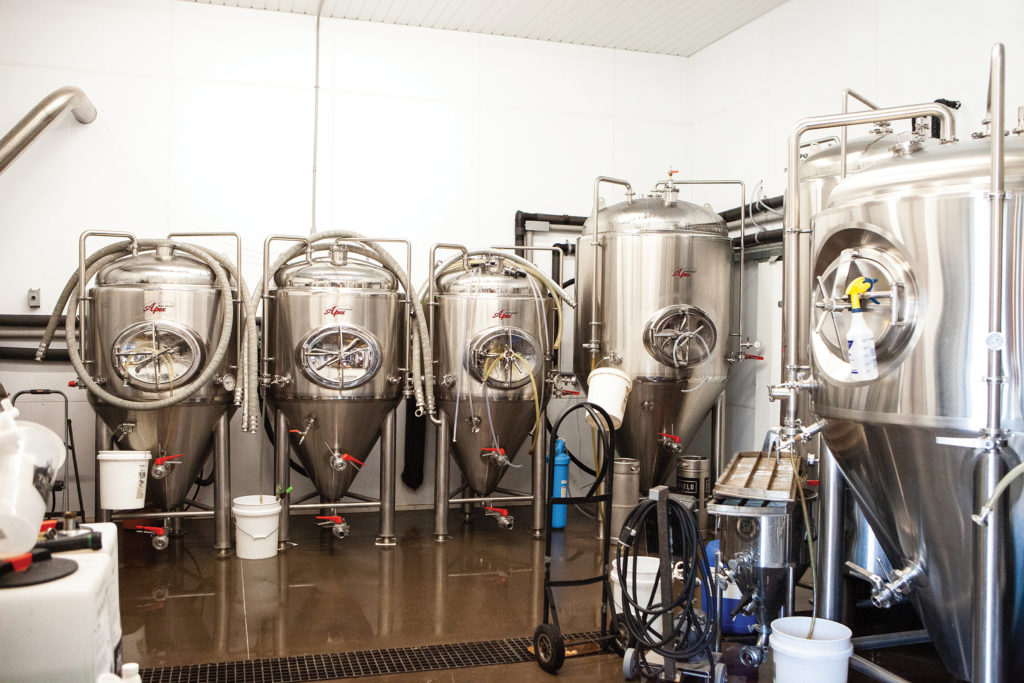 “The grains are used to top-dress their total mixed ration and the cows sure do love it,” Cris said. “When the barrels come into the barn, the cows will follow as it is sprinkled onto their feed.

The “grain to glass” mentality is front and center at the brewery in a featured mural at the entrance. With beer names such as “Century Farm Saison,” “Old Creamery Milk Stout” and “Sunset Harvest Hazy IPA,” the brewery continues to pay homage to its farming heritage right down to what is in the tap.

“They’ve really done something great with this,” Cris said. “It truly is a special addition to us here in Grantsburg.”

Whether she is working on the farm, writing her next story or lending time at her son’s brewery, Cris puts her passion into everything she does. Carrying on a farming passion that spans across five generations, she hopes her stories have an impact on children by giving them an appreciation for how their food is grown and raised.

“I live such a lucky life – it is never boring here on the farm,” Cris said. “I want to show this magical miracle of food.” 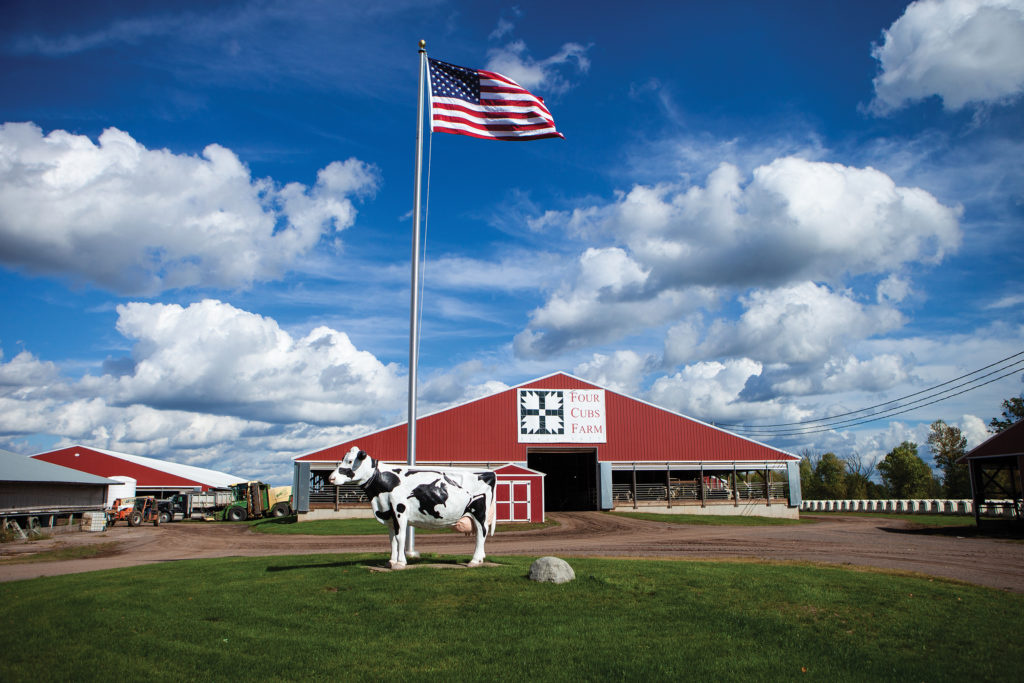 Story and photos by Cassie Sonnentag. Originally appeared in the December|January 2021-2022 Rural Route.