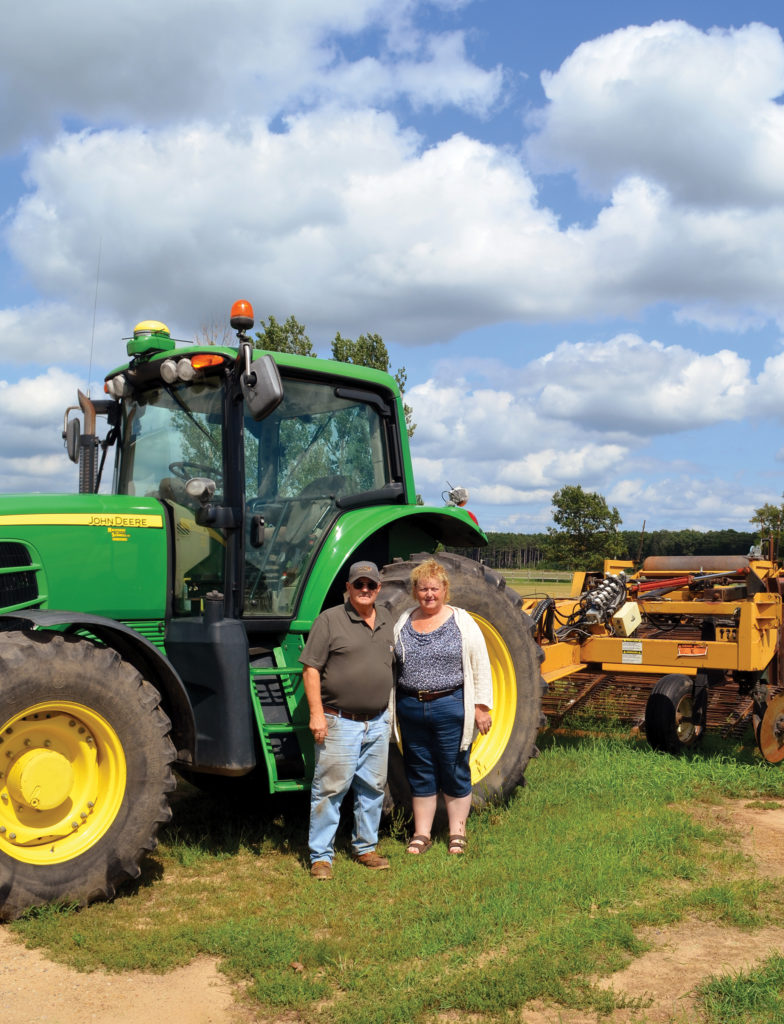 With rising input costs, decreasing labor availability and increased regulation in the potato and vegetable industry, Lynda and Gary Bula see the necessity in diversifying the crops they grow while reducing their impact on the environment.

“In Wisconsin, we grow about 850 acres of potatoes, about half are used for frozen products, a quarter for chips and a quarter for the home table and restaurant market,” explained Gary, who grew up in Antigo and is a third-generation potato grower. Gary is related to Raymond Bula who worked for NASA and the University of Wisconsin Biotron Laboratory along with astronaut John Glenn to put potatoes in space.

In Missouri, the Bulas grow about 500 acres of potatoes, two-thirds are used for chips and one-third is used for potato salad or other potato products. The remaining 2,000 acres are dedicated to grain crops, which provide the rotational acres.

Wisconsin’s mild climate and sandy soil make it a perfect place to grow many potato varieties. For this reason, Wisconsin produces more varieties than any other state.

“The sandy soil in Adams County, in combination with irrigation from the underground aquifer, make for good potato growing,” said Gary. “Potatoes are susceptible to diseases and stress, so the combination of irrigation and sandy soils allows us to manage those conditions.”

Lynda recalled that she wasn’t so sure about Gary on their first date when she learned that he was a potato farmer because of her family’s experience in growing potatoes and the work involved.

“Maybe I listened to my grandma’s advice in trying new things,” laughed Lynda. “Gary and I are both community-minded and after 46 years, we work well together.”

She explained that the vegetables they grow for canning companies are part of their crop rotation plan along with silage corn, grain crops and alfalfa.

“As long as the end return on our products remains stable, we’ll continue to use vegetables and grain crops in the rotation,” added Lynda.

Gary appreciates that Lynda balances the family business with her financial and record keeping skills, and knowledge of working with employees and recording farm sales.

“Gary is the master of the crops and what they need,” said Lynda. “He’s proud of the quality crops that we grow and the quality products that the consumer buys.”

The couple’s sons Bryan and Nathan are instrumental in helping Gary manage Gary Bula Farms, Inc., and employees. Bryan and his wife Lacey grow 220 acres of potatoes for the Little Potato Company, based in Edmonton, Canada, with a recently-opened production plant in DeForest and they raise 200 Black Angus cattle. Nathan grows potatoes for McCain Foods, which is based in New Brunswick, Canada, and his wife Michelle works in sales and design for WestRock, a packaging solution manufacturer.

The couple also has two daughters. Jodi works at the Marshfield Medical Clinic; and Tamra (husband Eric) Garz, works on the farm and is responsible for the Healthy Growing assessment and the state-required well reports. Jodi and Tamra also grow about 400 acres of grain crops.

When Lynda and Gary are less busy on the farm, they enjoy spending time with their grandchildren including Kortney, Kassie, Karly, Ayziah, Jaiden, Kera, Zoe, Grant and Tate.

“In the mid-1990s, the idea of Healthy Grown potatoes was developed by a group of Wisconsin potato farmers,” explained Lynda. “The Integrated Pest Management farming practices offer common ground for growers, environmentalists and health-conscious consumers.”

The Healthy Grown Program was a collaborative effort by the Wisconsin Potato and Vegetable Growers Association, World Wildlife Fund, UW and other conservation groups.

Another is the USDA Harmonized Good Agricultural Practices (GAP) audit that focus on best agricultural practices to verify that fruits and vegetables are produced, packed, handled and stored in a safe manner to minimize risks of microbial food safety hazards.

“We’ve been using these practices for years, and many buyers won’t buy products unless they are GAP certified,” added Lynda. “In this industry, it’s about food safety standards.”

The couple acknowledges another advantage of farming in Wisconsin is the access to research and development through the UW System and other resources to improve product quality and yields and decrease operation costs and focus on food safety. 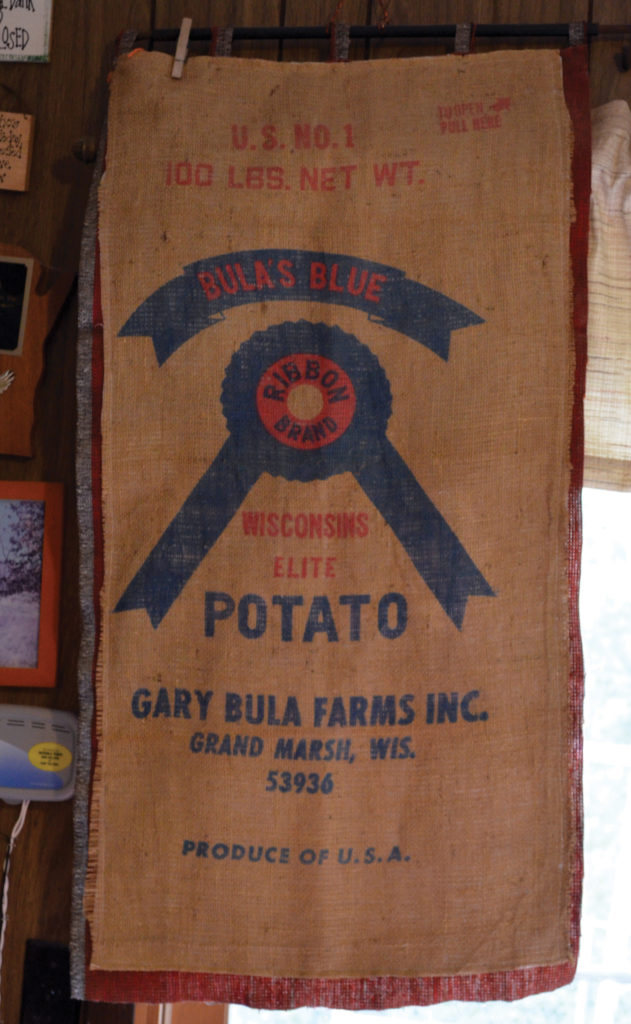 The Bulas have been active Farm Bureau members for decades.

“I also served on the Adams County women’s committee and as a volunteer for Ag in the Classroom,” recalled Lynda.

Gary served as president of the Adams County Farm Bureau and as a delegate to the WFBF Annual Meeting and then he, “handed the gavel to Kay Olson-Martz.”

“They have both been very active in our Farm Bureau,” said Kay Olson-Martz, Adams County president, who joined in 1998, when Gary asked her to become a member. “Lynda and Gary help at the Farm Bureau booth during the Adams County Fair, and support youth at the livestock show, and the Young Farmer and Agriculturist members.”

In 1992, Lynda became the first woman to serve on the WPVGA Board of Directors, serving a total of 12 years; she served as chair of the Governmental Relations Committee; and as representative on the Special Work Group on Producer Security.

As long-time sponsors and volunteers for one of the largest one-day festivals in Wisconsin, Lynda and Gary along with friends and neighbors devote several weeks during the summer organizing and promoting Grand Marsh’s annual Corn ‘N Tater Festival. 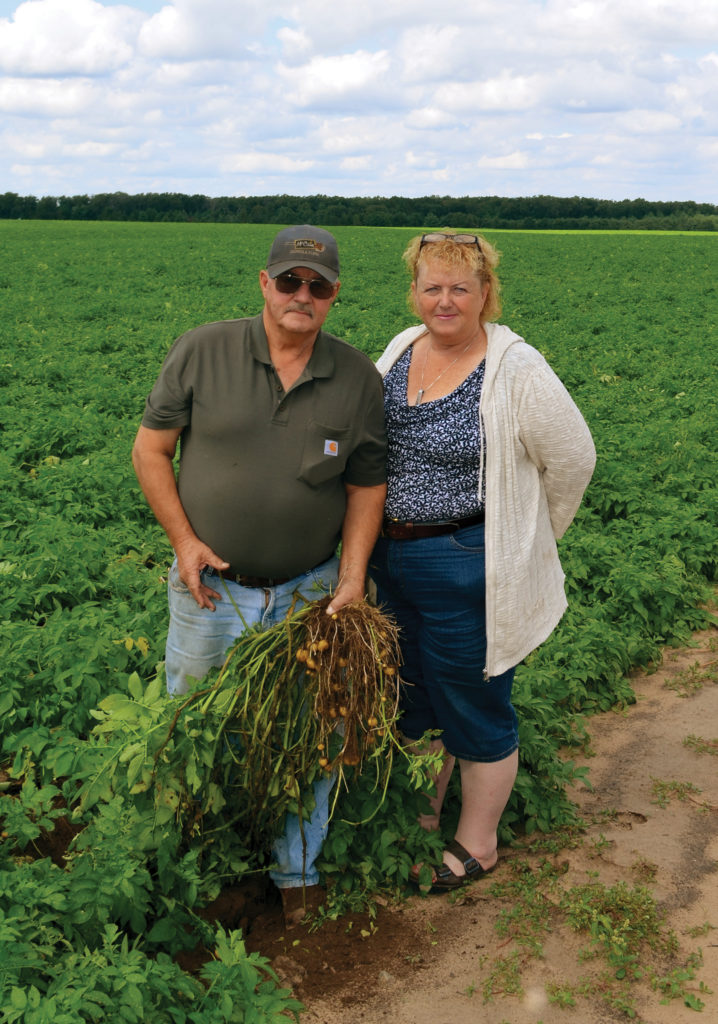 “Most of the potatoes grown in Wisconsin are grown on family farms,” said Gary. “We want to provide our children and grandchildren with the opportunity to care for our farms the way we have, to have the tools and resources to make better choices. That requires working with growers, researchers and partners, using new technologies and practices to grow food better and safer with a smaller footprint.”

The goal, he adds, is to grow food with less impact on the environment, “because we have a responsibility to leave this Earth the same or better than when we started farming it.”

“Eventually, we’d like our kids to take over the farms,” said Lynda. “And we are moving in that direction.”

Knowing the potato and vegetable markets and realizing the benefits of diversifying crops has helped the Bula family put America’s favorite vegetable on dinner plates for decades. With continued research, hard work and the next generation invested, they are prepared for many more. 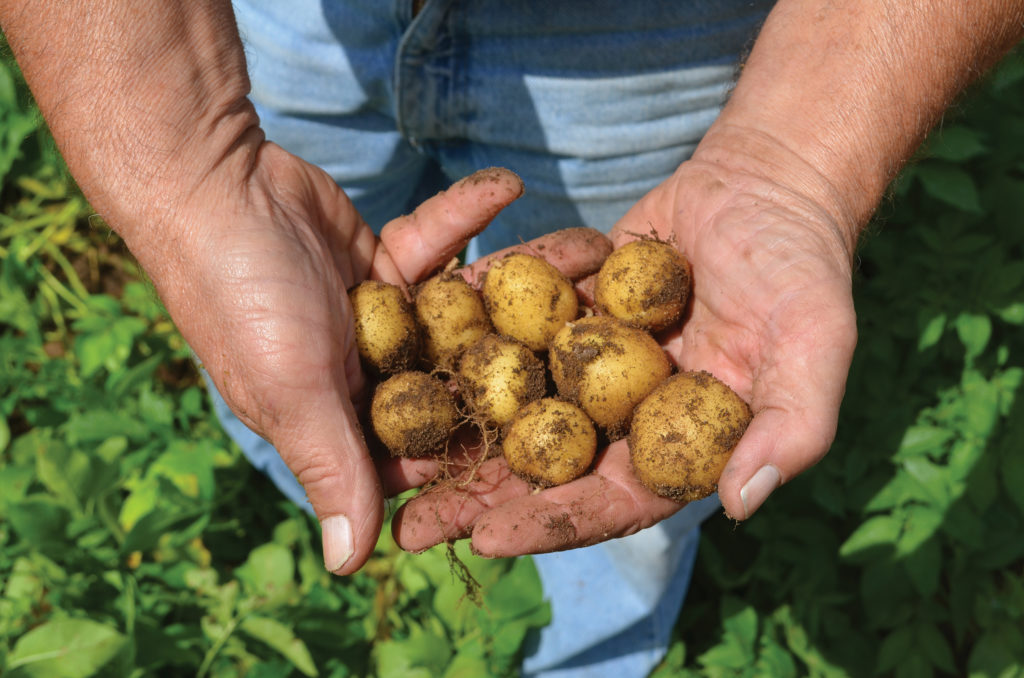