Last week, WisPolitics held a virtual luncheon assessing the state-federal infrastructure push. President Biden has proposed a nearly $2.5 trillion infrastructure bill to invest in a wide swath of issues from broadband to roads, bridges and other issues considered outside of the traditional definition of infrastructure.

The virtual luncheon consisted of an opening segment with U.S. Senator Tammy Baldwin giving a federal view of the Biden proposal. Sen. Baldwin strongly supports the investment in rebuilding our nation’s infrastructure and views this as an opportunity beyond the normal appropriations process Congress makes every couple of years.

Sen. Baldwin continued that the need has only intensified as annual maintenance has been deferred as other priorities have taken hold. Overall, Sen. Baldwin is optimistic that many parts of the infrastructure package can be bipartisan and find support within the Senate without going through the budget reconciliation process. As a reminder, the Senate requires 60 votes for passage of legislation, unless it goes through the budget reconciliation process which only requires a simple majority.

The luncheon continued with a panel of local government leaders consisting of Milwaukee Mayor Tom Barrett, Waukesha County Executive Paul Farrow, Neenah Mayor Dean Kaufert, and Wisconsin Department of Transportation Secretary Craig Thompson. Mayor Barrett believes the biggest challenges facing the legislation is how to pay for the plan. The infrastructure plan calls for increasing the corporate tax rate that was last lowered in 2017. The plan would raise those rates, among other tax increases, to levels still below the 2017 levels. Sen. Baldwin and Mayor Barrett correctly point out that raising those rates would require GOP Senators, who voted to lower the corporate rates in 2017, to reverse themselves and vote to increase taxes. This would seem unlikely leading Sen. Baldwin to believe this portion of the plan would go through the budget reconciliation process.

The definition of infrastructure is getting broader with Pres. Biden’s proposal. Waukesha County Executive Farrow spoke about how little of the funding proposed in the plan is dedicated to what is traditionally defined as infrastructure, such as roads, bridges, water lines and broadband. Of the proposed $2.3 trillion, only 23% or $550 billion is being spent on traditionally defined infrastructure. A number more closely resembling the $800 billion GOP Senators are proposing. All members welcomed the additional funding but Executive Farrow and Mayor Kaufert worried about paying for the plan.

“While I welcome the cash, I do worry about future. You look at our grandkids and kids and are they going to be stuck with paying the bill,” said Mayor Kaufert.

He continued about the lack of flexibility typically associated with federal funding and hoped that there would be allowances for regional cooperation.

The panel closed with each participant talking about their priorities. If given the flexibility, Milwaukee Mayor Tom Barrett would use his city’s funding to prioritize streetlights. Neenah Mayor Kaufert would prioritize regional cooperation with a focus on arterial streets and smart cities. Mayor Kaufert highlighted that Neenah, in the heart of the Fox River Valley, is in competition with several cities for employees and employers and needs to prioritize deferred projects with collector streets topping that list. Wis. DOT Sec. Thompson would like to partner with private companies on electric vehicle charging stations. Sec. Thompson noted that automobile companies have changed their focus to electric vehicles and that the government must be ready for the conversation as well.

As we move forward, negotiations will continue between the White House and GOP Senators in the hopes that the budget reconciliation process can be avoided. Even with the latest round of offers, each side seems to be drawing a line in the sand with hundreds of billions still separating them.

The White House originally set Memorial Day as the deadline for a deal, and they seem to be holding firm to the date. With the deadline quickly approaching, both sides will have to make their best offers if there is any hope of reaching a deal. Either way, state and local governments could be seeing a big boost to transportation funding and other projects should benefit, as well. 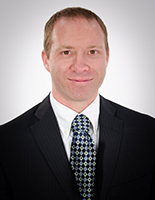