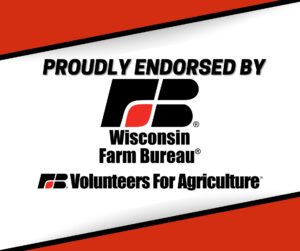 Volunteers for Agriculture® (VFA) is Wisconsin Farm Bureau’s political action committee. Since 1990, the VFA has helped elect candidates who work for agriculture’s interests in Madison. The VFA builds strong relationships with legislators of both parties to help us achieve our legislative priorities. The VFA Committee is comprised of 18 farmers from across the state. It was formed to give farmers a more direct role in electing leaders who best represent agriculture’s interests.

The VFA has chosen to endorse the following candidates in the 2022 election based on their support of issues important to rural Wisconsin and agriculture.

This is the most current list of endorsements made by the VFA Committee. Please check back often for updates as endorsements are ongoing.