What Pope Francis Can Teach us about Agriculture

Home / Blogs / What Pope Francis Can Teach us about Agriculture

February 18 marked Ash Wednesday, the beginning of Lent, a 40 day season where Catholics fast on holy days such as Ash Wednesday, Fridays when meat is avoided, during Holy week (the days leading up to Easter) and the celebration of Christ rising from the dead. Many people take up fasting during this time by giving up chocolate, soda, alcohol, swearing, etc.

During his annual Ash Wednesday message, Pope Francis, the leader of the Catholic Church, suggested to his followers that even more than candy or alcohol, we need to fast from indifference towards others.

Pope Francis went on in his Lenten message to say that “whenever our interior life becomes caught up in its own interests and concerns, there is no longer room for others, no place for the poor. God’s voice is no longer heard, the quiet joy of his love is no longer felt, and the desire to do good fades.”

By now you might be asking yourself, what does this have to do with agriculture?

Our job as farmers, ranchers and agriculturists is to produce food, feed, fuel and fiber. We know we are productive in doing so, however we often at times feel the pain of the public’s misconceptions about modern-day agriculture.

Many of us have made it our mission to educate those who are disconnected about where their food comes from, myself included. What is more important and is often times overlooked (again myself included) is working to help feed those who have no idea where their next meal will come from. 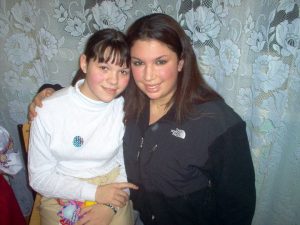 In March of 2005, I had the opportunity to travel to the small town of Poltava, Ukraine on a mission trip with my high school during the season of Lent; it was an experience I will never forget. This trip had a profound impact on me because it was the first time I witnessed firsthand people who had a shortage of food, and it was the first time I visited children in an orphanage.

Two months prior to our trip, the country became independent while going through “The Orange Revolution” and people were finally learning what it meant to be free for the first time and most importantly to them, free to practice whatever religion they desired. Their spirits were never filled with hate, or resentment, but of hope that we as Americans would help them to live a life they only imagined until then. 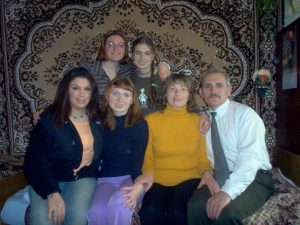 This experience along with the Pope’s message of fasting from indifference towards others shows us that we are more than just our own farming operations or our own problems. We a part of a worldwide community and people are counting on us to produce their food, whether they know it or not.

When I get caught up in my own interests or material possessions, I think of those people in the Ukraine who now live in a war-torn world, and I pray they continue to have hope that one day they will be free again. As I have done for the past two years during this time, I gave up shopping for life’s extras during Lent and I know that I need to continue to practice this as well as reaching out to those less fortunate all year-round, not only during these 40 days.

As the early Christian mystic John Chrysostom once said, “No act of virtue can be great if it is not followed by advantage for others. So, no matter how much time you spend fasting, no matter how much you sleep on a hard floor and eat ashes and sigh continually, if you do no good to others, you do nothing great.”