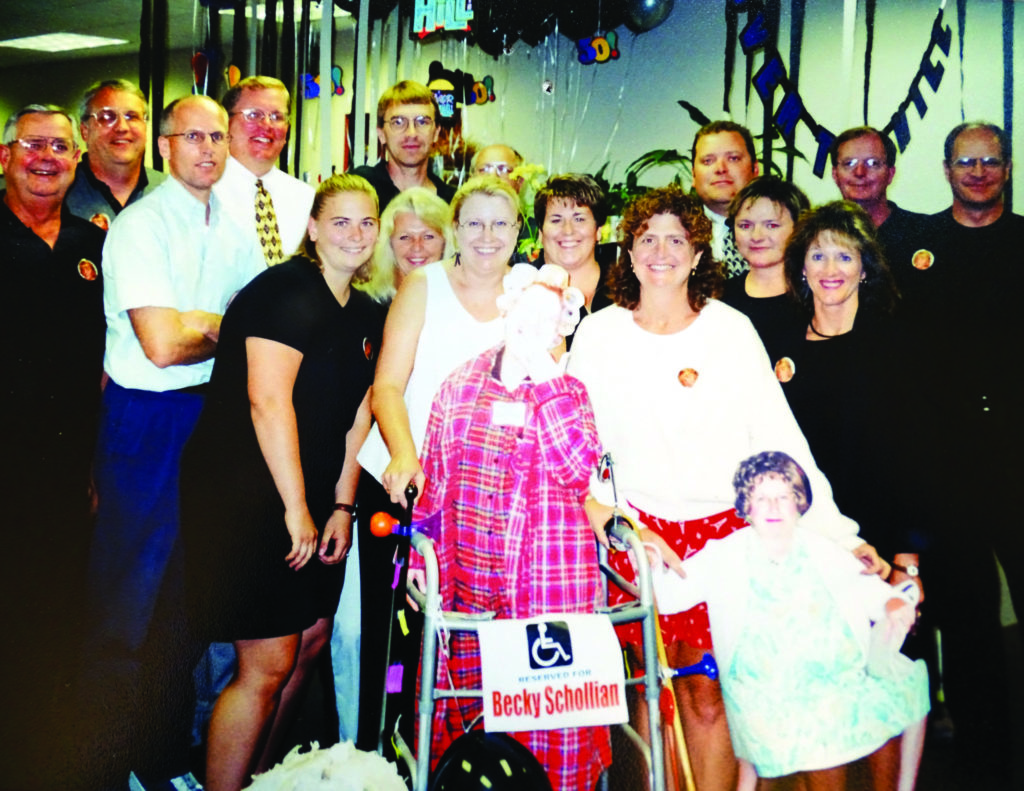 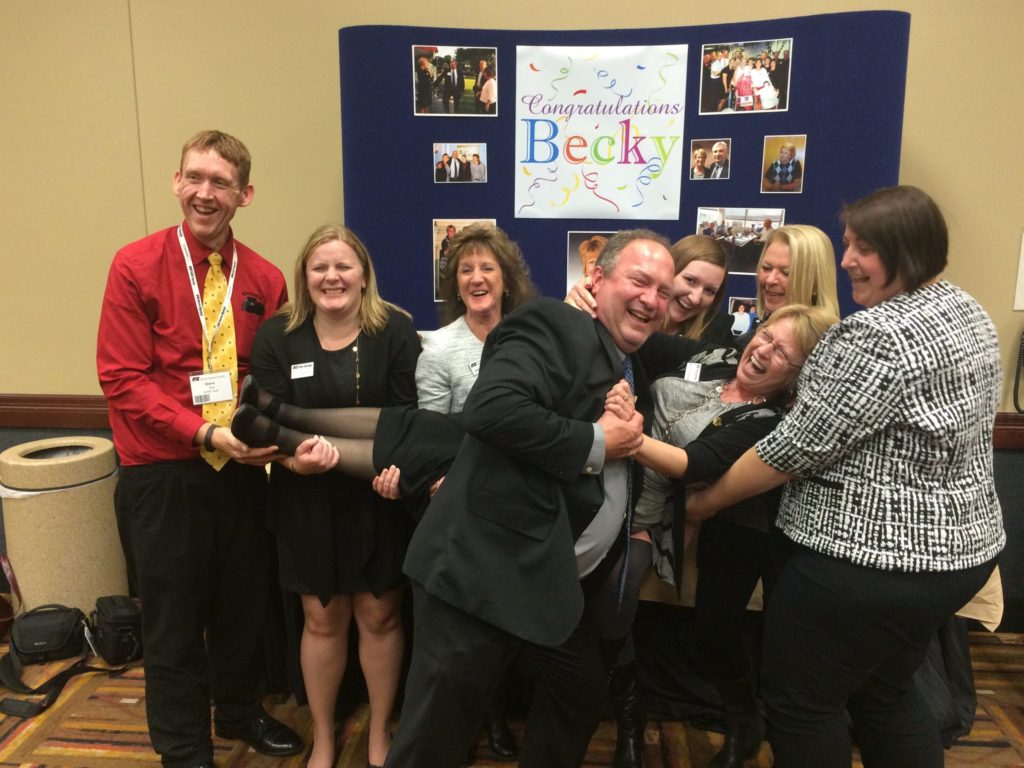 My centennial story involves the prankster Roger Cliff. Roger graduated from Lancaster High School with my ex-husband Craig, so I’ve known him for years.

When I was hired at Wisconsin Farm Bureau back in 1991, I was taken around to all the offices for introductions. When we reached Roger’s office, he exclaimed, “You can’t hire her! She knows too much about me!”

Needless to say, there was a lot of kidding around between Roger and myself.

In 1999, Roger became one of my bosses and that is when the pranks started in earnest.

On staff outings, when we were all seated around the dinner table ready to eat, he would have a birthday cake delivered to me even though it was no where near my birthday. Of course, he would always add five years to my age as we ‘celebrated’.

He would also prank me in other ways. Two specific pranks stand out in my mind.

The first was on a staff outing when we were bowling up in Door County. It was my turn to bowl and just as I was about the release the ball, Roger hit the lane reset button and my bowling ball went crashing into the wooden reset bar. Of course Roger thought this was funny. Me? Not so much.

The second prank that stands out was a time when the board members and some staff were at a LaCrosse Loggers baseball game. I can’t remember specifically what Roger did to get a rise out of me, but I went to throw a cup of water at him and he was actually quick enough to avoid it by ducking out of the way. I ended up throwing water on a little boy who cried. AGAIN, Roger thought this was hilarious. Me? Not so much.

But as much as he pranked, he was also the type of boss who always had his teammates’ backs. I’m grateful for the years I was his executive assistant.