Part 2 – The Clearing: The Early Days

“The mission of The Clearing is to provide diverse educational experiences in the folk school tradition, in a setting of quiet forests, meadows and water. The Clearing is a place where adults who share an interest in nature, arts or humanities can learn, reflect and wonder. This is in keeping with the goals of Jens Jensen, founder of The Clearing who loved it as a special place where one could feel kinship with the earth and reassess one’s life.” 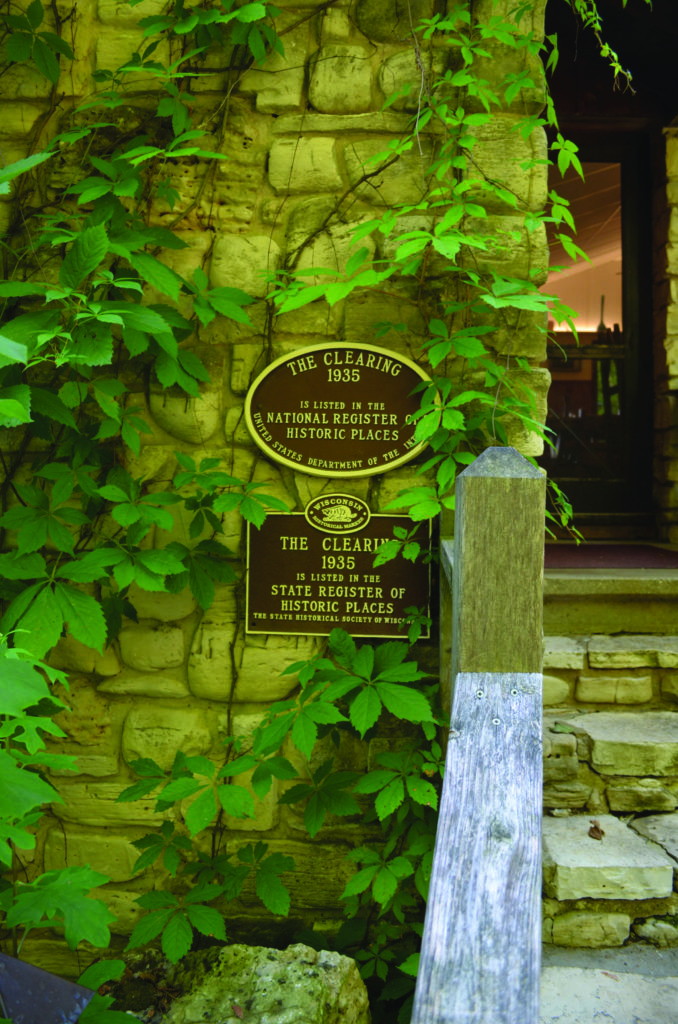 The Clearing is listed on the National Register and State Register of Historic Places.

Founded in 1935 by landscape architect Jens Jensen to train future landscape architects, The Clearing is considered by many to be his greatest work. Jensen was born in Slesvig, Denmark, and growing up on his family’s farm fostered a love for nature and the environment. In 1884, he emigrated to the United States.

Eventually, Jensen was instrumental in developing the Illinois State Parks system and the Cook County Forest Preserves system. He also founded the Friends of Our Native Landscape, an organization that sought to increase awareness about land conservation.

Jensen designed many of Chicago’s parks, and estates of well-known midwestern industrialists including Armour, Florsheim, Henry Ford and Edsel Ford. 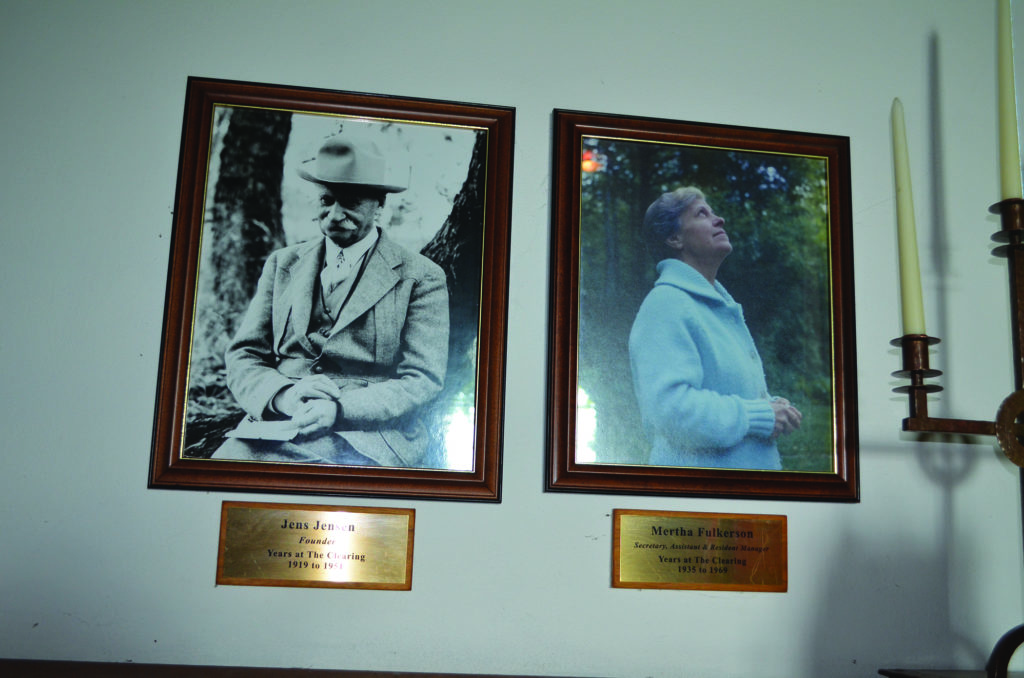 In 1919, Jensen started purchasing the property that became The Clearing for use as a vacation home.

After the death of his wife Anne, Jensen retired at age 75 and he realized his dream of The Clearing, “a place where people could renew their contact with the soil as a basis for life values.”

The classes offered at The Clearing have incorporated Jensen’s values of “experiences with nature, creative expression, thoughtful study and contemplation.”

When Jensen died in 1951, his associate Mertha Fulkerson sought financial support to further develop Jensen’s ideas. The Audubon society was interested in making The Clearing into a summer camp, but The Clearing board of directors wanted the center to be enjoyed year-round.

A friend and neighbor of Jensen who also was and a member of The Clearings board of directors and a Farm Bureau member, Sid Telfer Sr., suggested the Wisconsin Farm Bureau Federation. The Clearing would be a place for farm men and women between the ages of 18 and 28 to study art, nature and conservation. In addition, it could be used as a retreat center for Farm Bureau meetings.

Fulkerson wrote in her journal, “The Clearing is now ready for a new life as soon as all legal papers are signed between Farm Bureau and The Clearing. May this be the beginning of a new phase of American culture.”

With the help from faculty at the University of Chicago, Fulkerson developed a curriculum for The Clearing including classes in the arts and fine crafts, humanities and natural sciences.

The first class of Farm Bureau students arrived on October 3, 1953.

During the time that Farm Bureau managed The Clearing, Rural Insurance built two chalets to accommodate the growing number of guests.

Fulkerson retired in 1969. She wrote, “Because of Jens Jensen and The Clearing, my life has been richer than any life I might have planned for myself.”

In 1988, the Friends of The Clearing completed a successful fundraising campaign that allowed The Clearing to become an independent, non-profit corporation.