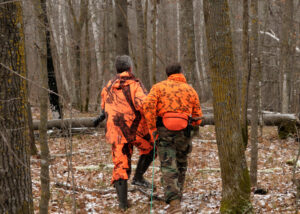 A safe and successful hunting season begins with hunters and rural landowners understanding Wisconsin’s trespass law. According to the law, individuals who wish to hunt on land owned by someone else must obtain written or verbal permission.

“Ask before you enter and make sure there is clear communication between hunters and rural landowners to ensure a safe and enjoyable hunting season,” said Wisconsin Farm Bureau’s Governmental Relations Innovation and Engagement Strategist Karen Gefvert. “Landowners experiencing issues with trespassers should call their local sheriff’s office; DNR wardens do not have the authority to investigate trespass complaints.”

Hunters are required to make a reasonable effort to retrieve game they have killed or injured, but hunters may not trespass to retrieve such game.

“Hunters should also contact surrounding landowners ahead of time to get permission to retrieve a killed or injured deer that has crossed property lines,” added Gefvert. “This is a preventative measure that will avoid a potentially stressful situation.”

There are two exceptions to when permission is not needed to enter private land:

“Hunters play an important role in managing our state’s deer herd, which is important to farmers,” said Gefvert. “Being aware of the trespass law and initiating conversation helps make it a safe hunting season for all.”