The Wisconsin Farm Bureau Federation applauds Wisconsin Attorney General Brad Schimel for joining a lawsuit to stop the Environmental Protection Agency and the Army Corps of Engineers from implementing the Waters of the United States (WOTUS) rule.

“This rule from the EPA and the Corps is a blatant overreach of their jurisdiction and broadens their authority to regulate waters and land,” said Jim Holte, Wisconsin Farm Bureau Federation President. “The expansion and ambiguity of water terminologies in this rule allows the Federal Government to regulate almost any local stream, drainage ditch or farmland where the agency believes water may have flowed in the last 100 years.”

“Wisconsin farm families greatly appreciate Attorney General Schimel’s decision to join a growing number of states in stopping this federal power grab,” Holte added. “This rule jeopardizes a farmer’s ability to carry out normal farming practices. It may now require a federal permit to do things as simple as plant seed corn that has a protectant on it, spread fertilizer, or apply crop protectant products to control weeds or insects.”

“Without a legal or legislative fix, this rule will certainly mean more costly regulations, delayed decisions by agencies not responsible to voters, and third party litigation from environmental activists near and far,” said Holte, a crop and beef farmer from Dunn County. “Wisconsin stands at the forefront of conservation and stewardship of natural resources in our nation. Our existing state standards protect water quality. It’s best to leave the regulation of our state’s natural resources to the experts already working on these issues in Wisconsin.”

“It is critical that Wisconsin farmers join Attorney General Schimel in taking action against this rule. Farmers must ask their two U.S. Senators and member of the U.S. House to pass legislation to block implementation of this rule.” 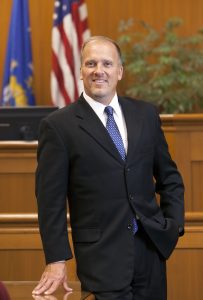 In a separate lawsuit, the American Farm Bureau Federation and 13 other organizations filed a lawsuit in the U.S. District Court, Southern District of Texas against the EPA and the Corps seeking to overturn WOTUS.

The Wisconsin Farm Bureau Federation is the state’s largest general farm organization. Made up of 61 county Farm Bureaus, it represents farms of every size, commodity and management style.