The Wisconsin Farm Bureau Federation applauds the Wisconsin State Assembly’s passage of a bill that improves a law passed last year that allowed farmers to legally operate their farm machinery on roadways. 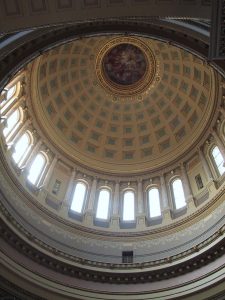 “It was understood that after Implements of Husbandry (IOH) legislation was passed last year, Rep. Ripp and Sen. Petrowski would bring stakeholder groups back to the table to address or refine some aspects of the law,” Richard said. “Assembly Bill 113 is the culmination of these two leaders working with farm organizations, local governments and the Wisconsin Department of Transportation to continue the conversation and help make the new law work for everyone involved.”

The bill makes more than 20 adjustments to the IOH law, including:

The bill passed the Assembly Committee on Transportation by a 15-0 vote on April 7. The State Senate is expected to vote on the bill on April 21.

The Wisconsin Farm Bureau Federation is the state’s largest general farm organization, made up of 61 county Farm Bureaus and representing agriculturists and farms of every size, commodity and management style.