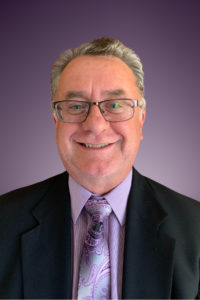 Kevin Whalen has been hired as WFBF’s District 4 Coordinator in west-central Wisconsin.

“I have been lucky to work with many great teams on the state and local levels in agriculture and I know the key to success in any endeavor is the quality of individuals working together,” Whalen said. “I look forward to working with team members of that level of quality here in District 4.”

Whalen grew up on a diversified dairy, beef and swine farm in Lafayette County and attended Darlington High School where he was active in FFA. He served as the Wisconsin FFA Vice-President and then attended UW-Platteville where he received a degree in agricultural education.

Upon graduation, Whalen served as an agriculture instructor at Black River Falls High School for two years. He was then hired as the Agriscience Instructor at Arcadia High School where he taught for 32 years. During his time as an instructor, Whalen served two terms on the Trempealeau County Farm Bureau Board of Directors and participated in the Discussion Meet, representing Wisconsin at the American Farm Bureau Federation competition in January 1998.

“Kevin brings a wealth of experience with him as he takes on the role of district coordinator.  His many years as an ag educator, his past involvement as a Farm Bureau member and his vast experience working with agriculture leaders in western Wisconsin will serve him well as he works with the county Farm Bureaus in District 4,” said WFBF’s Executive Director of Member Relations Bob Leege.

Whalen and his wife Marilyn reside in rural Arcadia where they operate a small farm and have two children. He will assume the duties of District 4 Coordinator from Cassie Sonnentag, who was recently hired as WFBF’s Director of Media Relations and Outreach.

“The strong legacy of the six county Farm Bureaus in District 4 gives me a feeling of pride in what makes our area strong in agriculture. Each group has a history of working hard along with being able to cooperate,” Whalen added. “Strong leadership has always been something I have enjoyed being involved with.”

Whalen will be responsible for working with county Farm Bureaus to develop and implement programs to serve Farm Bureau members and to coordinate membership recruitment and retention efforts. He will serve WFBF’s District 4, which includes the counties of Buffalo, Eau Claire, Jackson, La Crosse, Monroe and Trempealeau. Whalen begins his duties on July 12.