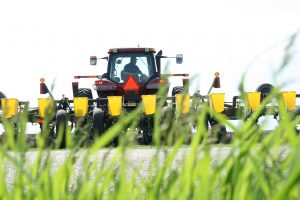 Wisconsin’s Right to Farm law provides farmers with protections from frivolous nuisance lawsuits, allowing them to practice agriculture without fear of legal action as long as they follow good production practices.  The law has been applied in one case, State of Wisconsin et al. vs. Zawistowski, in which the court found that William Zawistowski’s cranberry farming practices were not unreasonable and awarded him legal costs needed for his defense following the conclusion of the case.

Wisconsin Statutes 823.08, more commonly known as Wisconsin’s Right to Farm law, was first passed by the Wisconsin legislature in 1982, with significant changes to strengthen the law made in 1995.

The Right to Farm law was passed in order to protect law-abiding farmers following industry best management practices from lawsuits that allege nuisance due to normal farming activities. Examples of cases that have been brought in other states allege odors, noise, dust, or pollution as a result of farming activities. The statute does not create a “right” to conduct agricultural activity or pollute.

The legislature noted in a statement of public purpose that local units of government are best equipped to manage land use conflict through zoning and other permitting. The legislature, in passing the bill, urges local governments to exercise this authority appropriately.

The Right to Farm law is intended to reduce the threat of nuisance lawsuits to producers, especially in areas where farming activities sometimes conflict with residential development. Further, the Right to Farm law enables farmers who desire to stay on their land to do so with less fear of legal rebuke from these non-farm neighbors.

The state statute says that if agricultural use meets criteria defined in the law, the court cannot find the actions of the producer to be a nuisance if two conditions are met. Those conditions are that the plaintiff bringing the suit cannot have “come into” the nuisance; if the agriculture in question has been continuously occurring for longer, it holds standing according to statute. The second condition is that the agricultural use does not pose a “substantial threat to public health or safety.”

The Right to Farm law also limits the court’s ability to remedy damages against a defendant. If the court finds that the agricultural use is indeed a threat to public health and safety, they may order the farmer to mitigate the hazards, but they must consult with DATCP and DNR about appropriate mitigation and offer the farmer adequate time (at least a year) to do so.

Perhaps most importantly, the statute authorizes the courts to award compensation for legal fees to the defendant (the farmer) if the farmer successfully proves that, under the law, their farming practice is not a nuisance.

Wisconsin’s Right to Farm law has been tested and implemented in one Wisconsin court case. In 2004, then-Wisconsin Attorney General Peg Lautenschlager and 14 out-of-state landowners sued Sawyer County cranberry grower William Zawistowski, alleging that water pumped from and later returned to Musky Bay used to flood cranberry beds had deteriorated in quality as a result of his farming operation. The plaintiffs argued that the cranberry farm’s actions had infringed upon the public’s ability to use the waters for recreational use. Zawistowski had not been previously cited by any state or federal agency for any violations. His family had farmed near Musky Bay since 1939.

In a 2006 bench trial, the court found that Zawistowski’s farming practices were not unreasonable and did not substantially impact the water in the bay. Appeals persisted by the state, and in 2008 Governor Jim Doyle elected to drop the case after an appellate court upheld the circuit court’s decision.

Following the ruling on the appeal, the out-of-state landowners were required by the court to pay legal fees incurred by Zawistowski as stated in the law. The Right to Farm law provides this stipulation to ensure the ability of farmers who must defend an invalid nuisance suit to remain in business.