We Farm. We Vote.

I’ve always carried a great deal of pride when it comes to voting. We are blessed to live in a free nation with the ability to vote. I don’t see it as a privilege but a duty.

I hold myself accountable for moving our country forward and hope you do too. This progress can only happen if you take the time to get involved in conversations with your elected officials, or at the very least, by taking time to vote for the people you want in those elected positions.

It’s never been more important to share the needs and voice the concerns of rural America. We have very different needs in rural areas than in urban areas. By default, the population is smaller in these areas and that means everyone must show up at the polls to make sure our voices are heard.

As farmers, we know how regulations and poor government decisions can impact our businesses. The biggest control we can have over this is by being part of the election process.

To encourage voting, Farm Bureau has been encouraging the ‘iFarm. iVote.’ campaign. The mission of this campaign is to engage farmers and rural citizens in becoming informed voters. The voices of Wisconsin’s rural communities and farmers need to be heard and we hope this draws attention to the importance of getting to the polls on election day.

To spread the campaign’s message, we are encouraging our members to participate in a fun, easy and effective social media challenge.

To participate, print a copy of the ‘iFarm. iVote.’ sign that is available on wfbf.com. Post a photo of you holding the sign to social media and share why you support agriculture in the caption along with the #iFarmiVote hashtag.

In addition to this campaign, we have had a lot of engagement with our Volunteers for Agriculture® committee before the election.

Volunteers for Agriculture is Wisconsin Farm Bureau’s political action committee. Since 1990, the VFA® has helped elect candidates who work for agricultural interests in Madison. The VFA builds strong relationships with legislators of both parties to help us achieve our legislative priorities.

The activities of VFA are governed by a committee consisting of 18 Farm Bureau members, two from each of the nine board districts. Two members of the Wisconsin Farm Bureau Federation Board of Directors serve as non-voting liaisons to the board.

VFA serves as a separate, segregated political fund. It solicits and receives political contributions and makes expenditures to support candidates without regard to political affiliation.

To see who they have endorsed for this upcoming election, visit page 6. All updates on election endorsements or other election announcements for members are available on wfbf.com/policy/policy-ifarmivote.

I sincerely hope you make time to learn about the candidates and get to the polls this November. 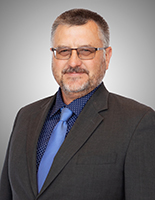 Kevin Krentz was elected to the WFBF Board of Directors in 2012 to represent District 5, which includes Adams, Fond du Lac, Green Lake, Juneau, Marquette, Waushara and Winnebago counties. In December 2020, Kevin was elected as President of the Wisconsin Farm Bureau Federation. Kevin and his family own a dairy farm in Berlin. He started his farming career when he purchased his father’s 60 cows in 1994. He grew the farm to 600 cows and 1,300 acres of crops.