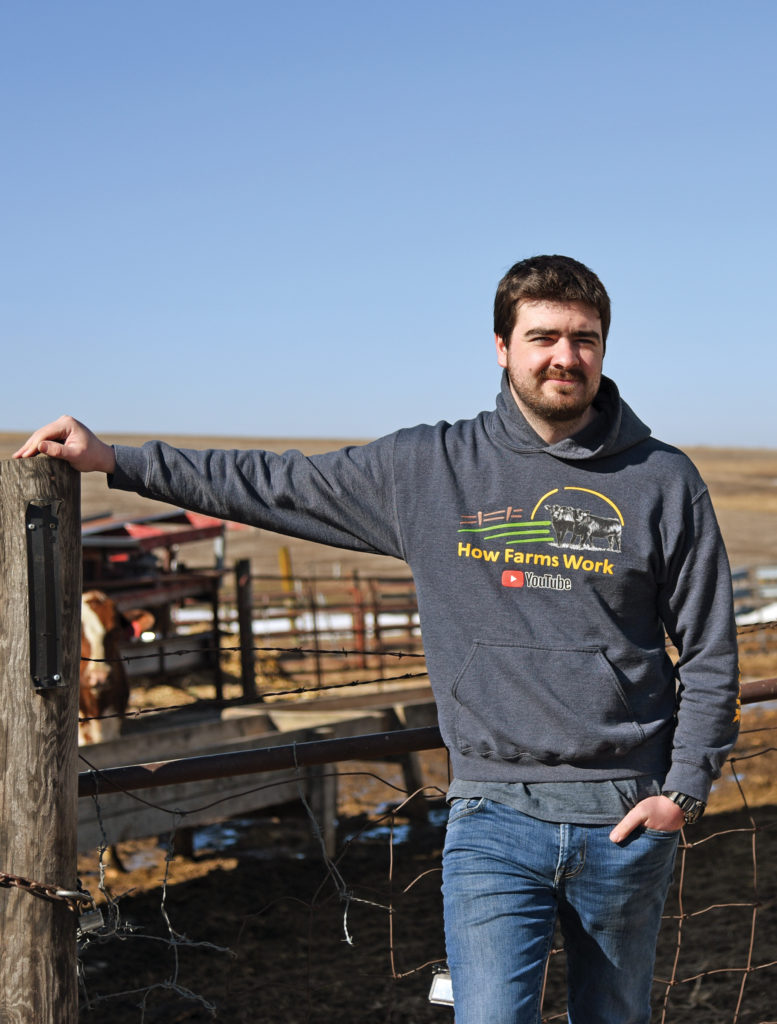 Some of the best ideas come at the most unexpected times, at least that is what happened to Grant County Farm Bureau member Ryan Kuster. As a UW-Platteville student, Kuster found himself in the computer lab one day in 2012 contemplating how he could return home to the farm and ensure he and his parents could make a livable wage.

Kuster discovered an interest in photography while in high school after his brother brought home the school’s yearbook camera. He signed up for photography classes in school and soon found himself starting a small photography business. Throughout college, Kuster made extra money through the business.

In addition to photography, Kuster had taken some short video clips around the family farm and uploaded them to YouTube. While sitting in that UW-Platteville computer lab, he noticed those short video clips had more than 14,000 views since being shared. These were short, simple videos that showed basics tasks and life on his farm. 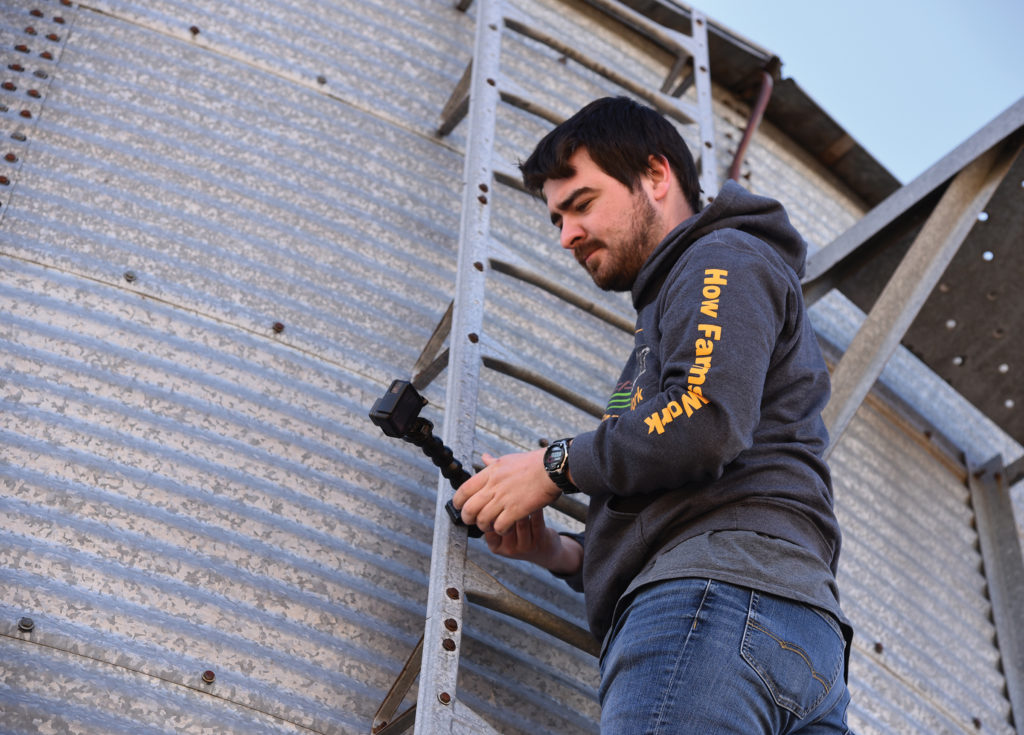 “I thought if I had uploaded more footage from the farm, those other videos could have gotten 14,000 views,” Ryan said. “I started uploading new content monthly and rebranded my YouTube account to ‘How Farms Work.'”

To farmers and agriculturists, the daily routine of farm life can seem monotonous; however, this routine is extremely interesting to those not living or working on a farm.

“Many viewers aren’t able to farm themselves and they tell me they live vicariously through my videos,” Kuster said. “I’ve been at meet-and-greet events and had viewers tell me they had no idea what life was like on a farm before they started watching my channel.”

Kuster also has seen a lot of interest from farmers who want to learn a new way to go about a task.

“When I started, I thought this was a good way to connect with consumers,” Kuster shared. “I never anticipated that I would connect with so many farmers who want to learn more or get another perspective.”

Serving as a farming resource comes naturally to Kuster as agriculture has a long history in the family. Kuster’s grandparents purchased the first of their farms in the 1950s where they milked cows until the couple died in 2014, at which point the family transitioned to beef cattle and crops. Today, the Kuster family grows 1,000 acres of crops and pasture for their 100 head of beef cattle.

“I can share a farmer’s perspective on a lot of different angles since I grew up milking cows but am now actively involved in the beef and crop business,” Kuster added.

Kuster wants to continue working with his family to expand the farm. His success on social media has helped him find his place on the farm and he hopes to continue to grow brand recognition and become an online resource for information on farming. 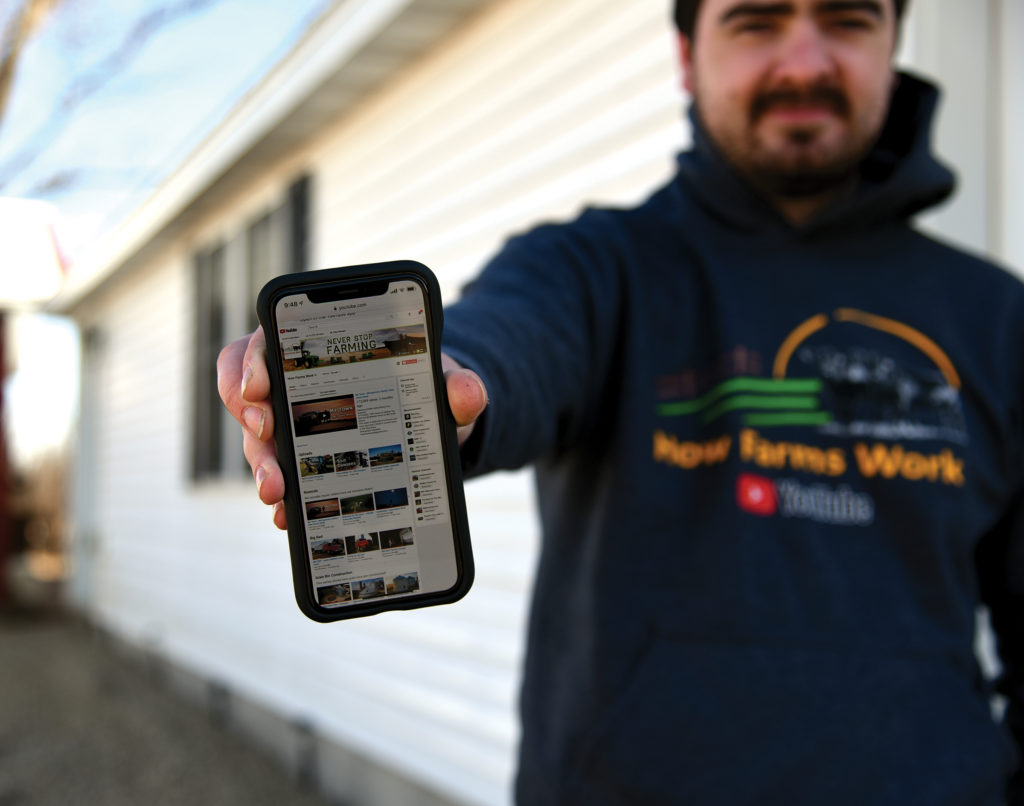 “In a way, my YouTube channel is already an online resource for farming information, but I want to expand this resource and further organize the videos, so everything is easy to find,” Kuster said.

‘How Farms Work’ also can be found on other social media channels including Facebook and Instagram, with more than 41,000 and nearly 67,000 followers, respectively. The social connection does not stop there, in true transparency, Kuster also has brought his brand to Snapchat where he shows pictures and videos of daily farm tasks, videos he is working on and links to the final projects.

“I didn’t have any real interest in video until I got used to taking more footage,” Kuster admitted. “In the past, I preferred going on photoshoots, but now I would say I prefer making videos.” 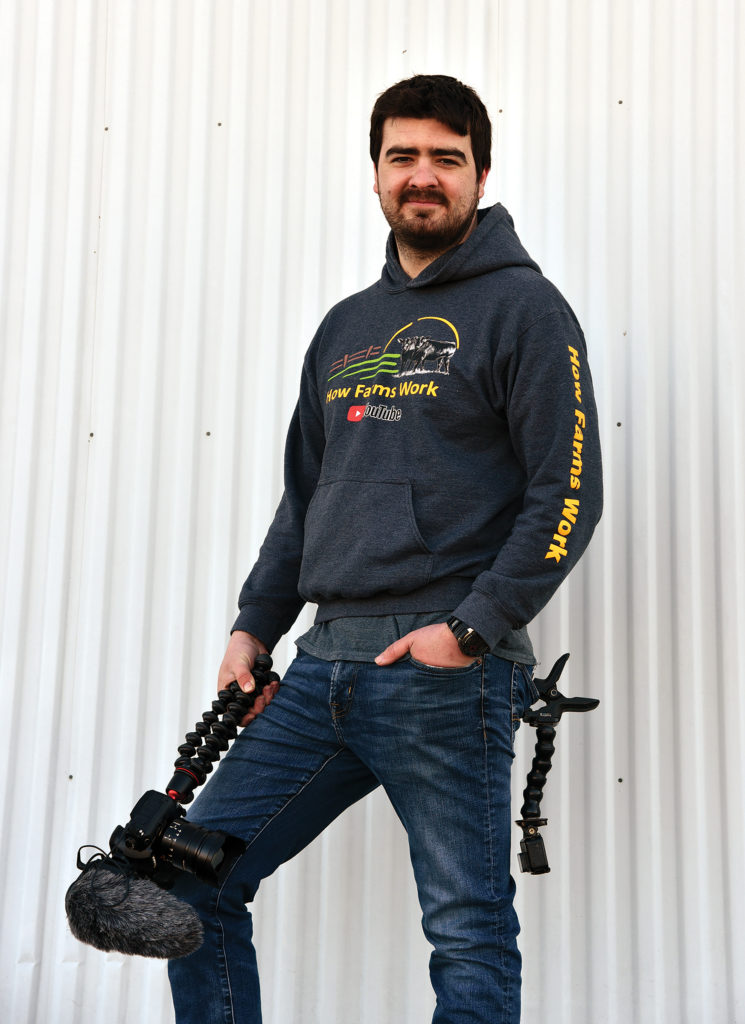 Videography is a learning process. Kuster credits watching movies as the way he learns the most.

“Sometimes I tend to pay more attention to how shots are set up and composed than the movies themselves,” Kuster said with a chuckle. “I keep most of my shots under 30 seconds because our eyes and brains get bored if individual shots or entire videos are too long.”

In the beginning, Kuster says he used his photography camera to shoot video footage because that is what he had access to on a limited budget. As he became more involved in his YouTube channel and started making extra money, he wanted to reinvest it back in his goal of growing his online resources.

Today, Kuster uses professional recording equipment including GoPros and a high-end cinema camera, like what is used in Hollywood.

“I prefer the GoPro camera since it is portable, and I can take some unique shots to showcase unique angles of agricultural life,” Kuster said.

“If you don’t have content that people enjoy, the equipment you use won’t make a difference,” Kuster advised.

With an entrepreneurial spirit, Kuster said that if one idea doesn’t take off, try another. He always tries new ideas and approaches to making his content more interesting.

Some of Kuster’s advice for finding content is to talk to family and friends and find out what they want to learn about agriculture. If one person has a question, there is a high likelihood that many others are wondering the same thing.

Agricultural advocacy is important to Kuster because he, like others in agriculture, gets discouraged by the false and sensationalized information on the internet.

“It’s important for those in agriculture to have a voice to dispel the misconceptions, myths and rumors about farming,” Kuster said. “Too often agriculture is shown in a negative light and it’s our responsibility to dispel those myths.” 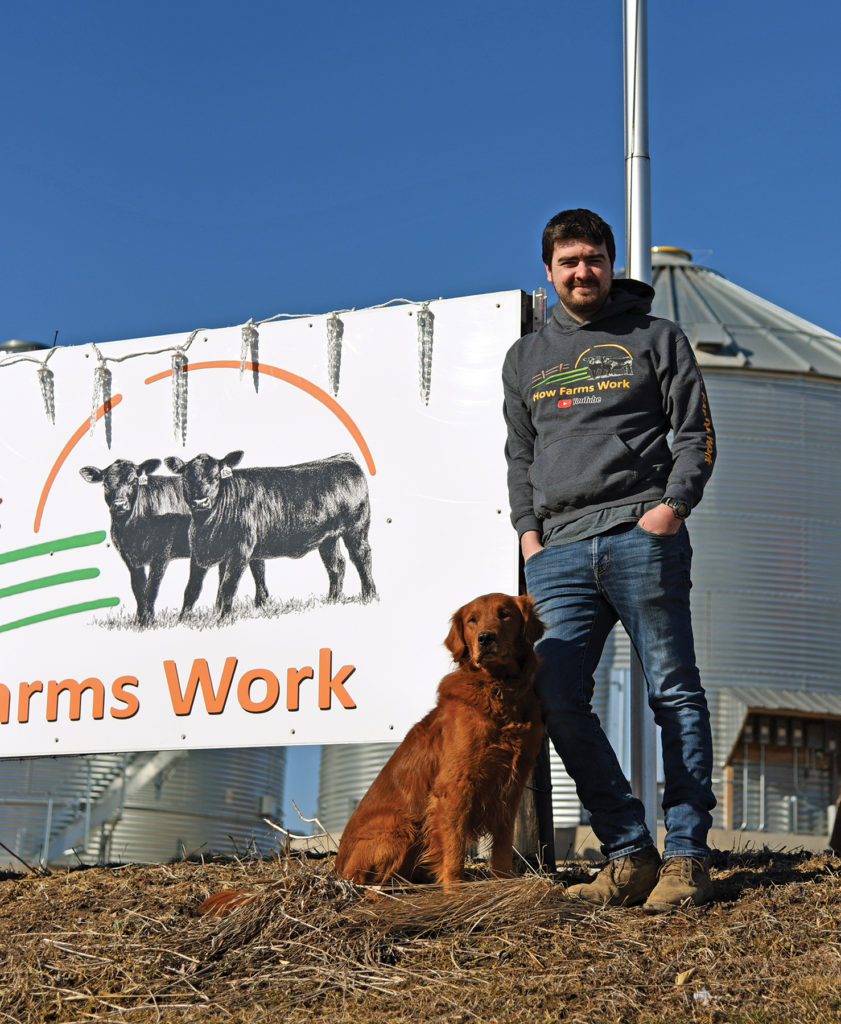 Connecting with people about agriculture goes beyond social media. Kuster joined Farm Bureau to connect with like-minded individuals and grow his network. As a first-time attendee of WFBF’s YFA Conference in 2017, he received a sponsorship to attend the conference from Rural Mutual Insurance Company.

“This was a great opportunity to meet new people and listen to great keynote speakers and workshop presenters,” Kuster said. “The messages from Michele Payn, the keynote speaker for the conference, have stuck with me because she really dug into the importance of sharing your ag story in a consumer-friendly manner.”

Continuing his Farm Bureau involvement, Kuster volunteered at Day on the Farm at Digman Farms.

Whether online or at a Farm Bureau event, Kuster is committed to advocating for agriculture and connecting people to his family farm. What once seemed like a fun photography hobby has turned into a full-blown agricultural advocacy venture that has allowed Kuster to find his place back home on the family farm.

To learn more, or view Kuster’s videos, visit ‘How Farms Work’ on YouTube.