In 2016, Kellie Zahn was looking for a new challenge when she applied to be the agricultural agent for the Stockbridge-Munsee Community.

The past few years have been filled with challenges, learning and opportunities as she began the community’s farm, which is called, ‘Keek-oche’ in Mohican or ‘From the Earth’ in English.

The Stockbridge-Munsee Mohican Tribe is one of 11 tribes in Wisconsin. According to their Facebook page, there are about 1,470 Tribal members. Thirty-four percent live on the reservation, which is comprised of 24,000-acres in Shawano County.

“I grew up on an established dairy farm,” said Kellie. “You kind of take for granted how much work it is to get a farm going.”

The first years included a lot of grant writing, learning about indigenous crops, implementing surveys and gathering input from community members on what they wanted in a community farm.

In 2018, they started with a quarter of an acre dedicated to a garden. This year they hope for two acres. In total, they have six acres dedicated to the community farm that someday could grow to have other types of agriculture or animals.

“Our goal is to grow the farm into what will best serve the community and to work toward food security,” explained Kellie. “I’m not naturally a dreamer but I have learned to force myself to be one. We are basically building the combination of my dreams and the community’s at the same time.”

Throughout the year it’s important that Kellie provides resources to the community to learn about food and farming. She has hosted classes on seed starting, composting, plants and food preservation.

“Food preservation has been the biggest demand,” Kellie said. “I don’t think that’s just here in the community but everywhere. People want to go back to canning, freezing and allowing themselves to have their fresh food longer like their grandparents did.”

Sometimes she also provides instructions on how to use certain types of food.

“I think it’s important that we make people comfortable with the food they are getting,” said Kellie.

Last year, the garden supported 45 subscribers through its Community Supported Agriculture program. This year, the CSA program runs for 15 weeks and has 55 subscribers.

The community also just received a grant to get three hydroponic machines. Some of the machines are placed in the Community Center to draw attention to the fresh food and unique agriculture system.

Kellie has picked up tips and tricks by attending conferences, watching educational YouTube videos and making connections with other farmers.

“I have learned a lot but there is still a lot to learn,” she said. “I like that I get to be outside and enjoy the beautiful days, but mostly I love that I get to grow food for other people. When there is food there is always relationships that are built and that’s really powerful.”

You could say that Kellie truly does farm full-time. Kellie and her husband Ryan are taking over her parents’ dairy farm near Clintonville, so she spends her nights and weekends working on the farm. The family milks 310 cows and grows crops on about 1,000 acres. Her parents Doug and Mary Behnke hope to retire in the coming years when Ryan and Kellie will take full ownership. 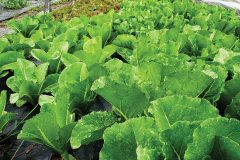 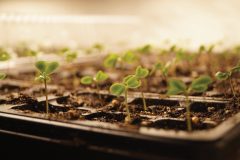 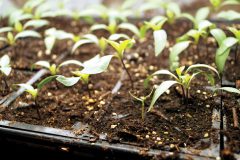 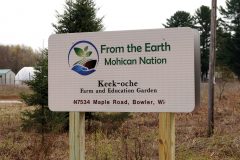 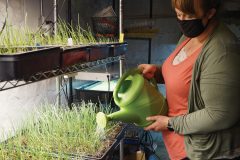 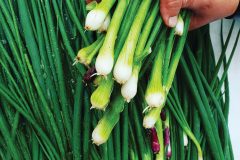 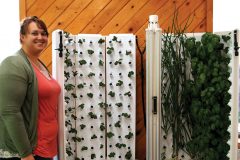 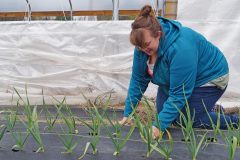 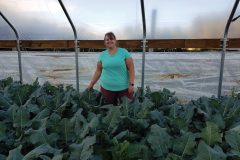